• Nine holds onto Sunday ranking #1 in four of five markets
• MasterChef now the clear leader at 7.30pm as Tessa departs 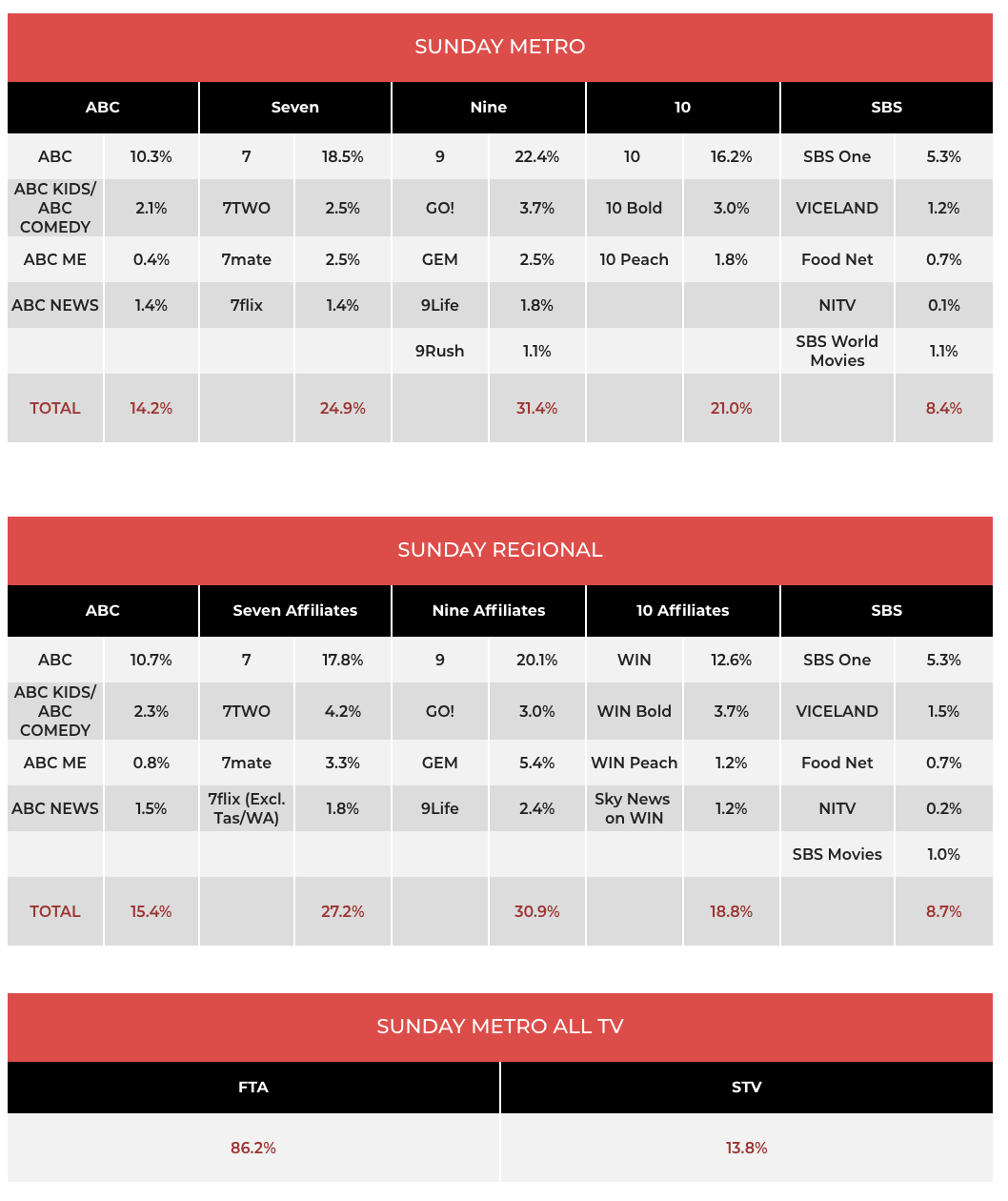 Seven: Big Brother looks like it is now being coded as one program with 701,000 last night as the previous Sunday had audiences of 751,000 and 723,000 for the eviction.
The Sunday movie Captain America: The Winter Soldier did 277,000.
In the afternoon, Seven’s AFL game featured the Demons blowing two last minute chances to snatch victory with 439,000 watching.
Although Big Brother trailed MasterChef 16-39, the combo of Seven’s line-up saw the network rank #1 in that age group.

Nine: The Voice featured a continuation of the battle rounds with some good singers making for difficult decisions for the coaches. The audience of 866,000 was close to last week’s 871,000.
60 Minutes was on 632,000, up significantly from last week’s 554,000. Nick McKenzie is becoming a regular and reported across two segments last night. Liz Hayes also reported on the Madeleine McCann mystery.

10: Guest MasterChef judge Melissa Leong was loved by The Project hosts last night as much as the MasterChef audiences adore her. The Project 7pm did 477,000 after 509,000 a week ago.
The final six on MasterChef Australia was decided and Tessa sadly didn’t make the cut. It was a borderline decision between her and Reynold, but the dessert expert lives for another week. Earlier in the show Poh had a shocker with a major fail with a crème brûlée. However, she recovered in the second of two elimination challenges last night as Tessa stumbled with Indian fish tacos which apparently upset some of the purists watching. The Sunday audience was on 967,000 with the show well ahead in all demos. A week ago the audience was 995,000.
FBI: Most Wanted then did 315,000.

ABC: Operation Buffalo has been roughed up by some critics, but the audience of 443,000 last night was enough to get it into the top 10.
Grand Designs was there too with 490,000. 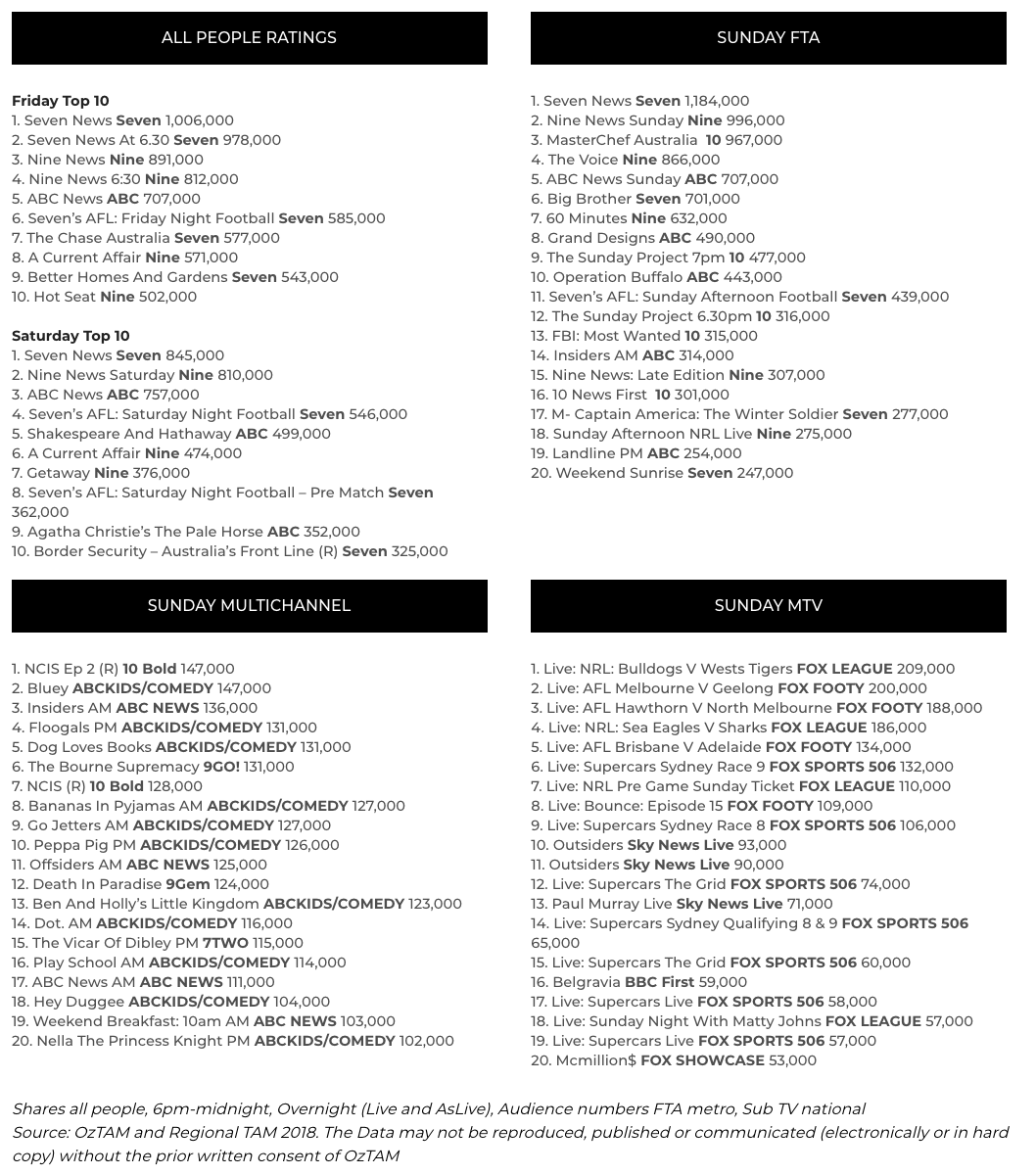