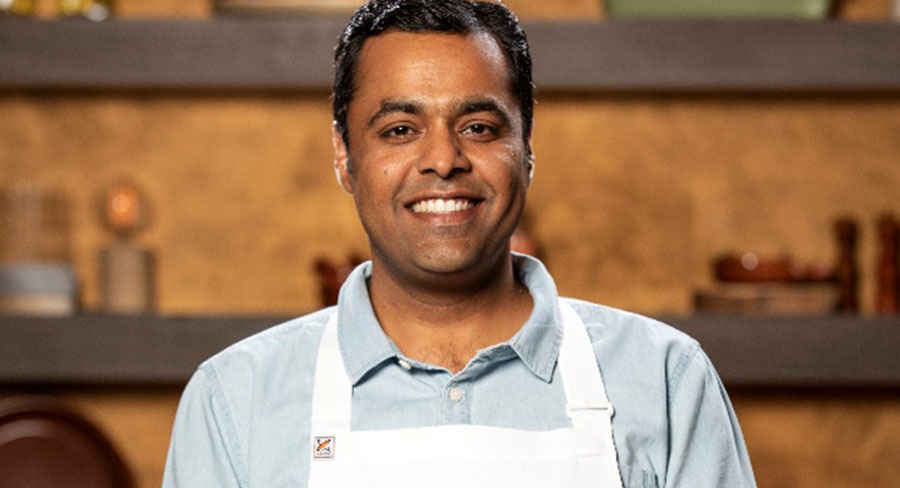 • Footy from Perth helps Seven to a network win

• MasterChef ranks as #1 after 7pm: all people & demos 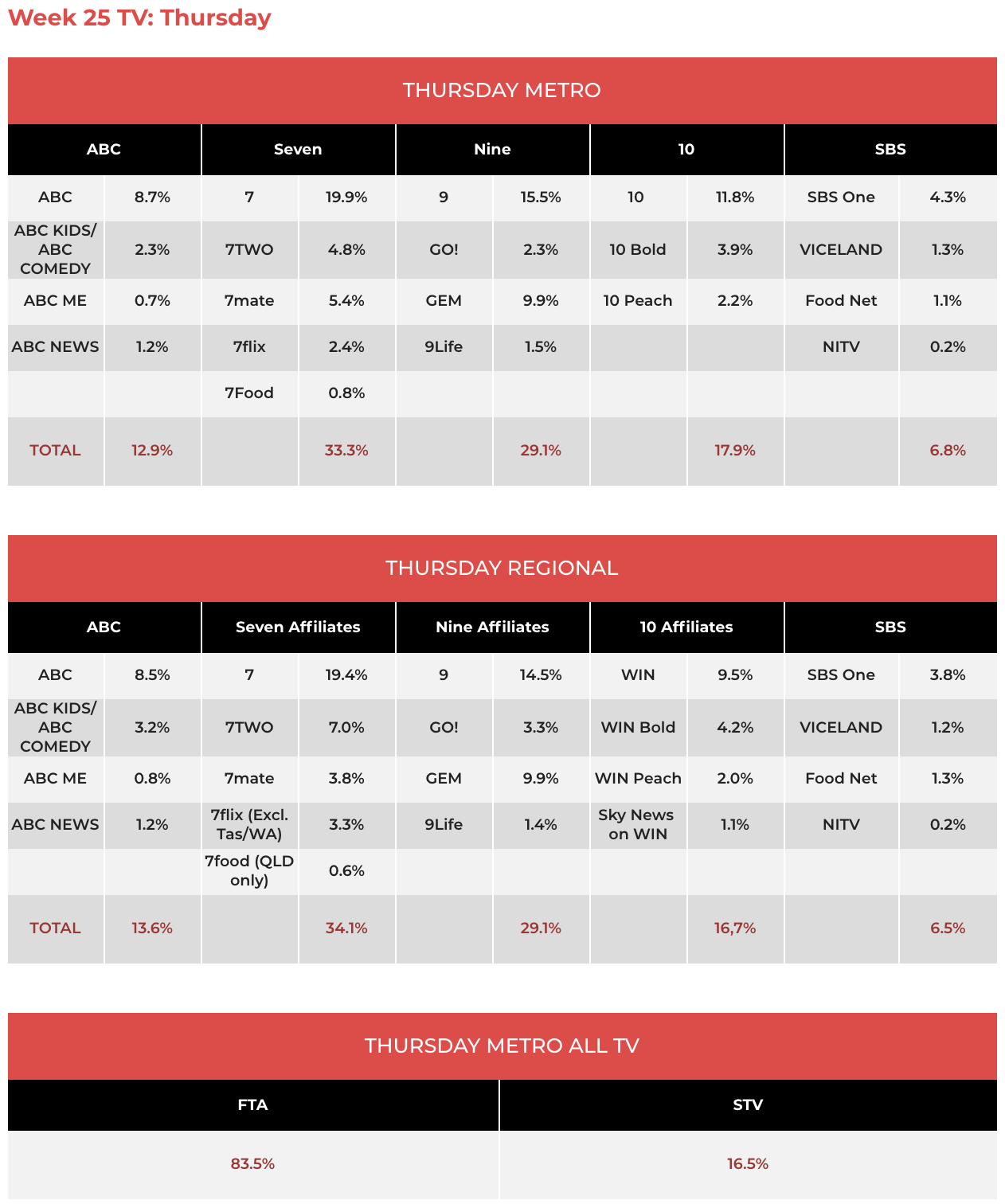 Home And Away did 563,000, screening in all markets except Adelaide.

Nine trailed Seven across the network, but it won in Sydney on primary and combined and cricket lifted the 9Gem share to 9.9%.

Belle Gibson and Hamish McLaren were both featured on A Current Affair with 646,000.

Nine didn’t take the opportunity of moving the cricket to its primary channel as David Warner smashed 150+ in an Australian total closing in on 400. The first session of the cricket on 9Gem did 348,000. It’s the match against World Cup favourites England next week that should pull a monster audience.

Julie Bishop sounded like she was still in office when she appeared on The Project. The episode was on 431,000.

MasterChef then was the ratings champ in the slot with 652,000 after 663,000 last week. The episode decided the top 10 with Sandeep Pandit eliminated from the series despite the judges heralding his cooking as the best Indian food they’ve had in the history of the show.

He faced elimination alongside Anushka, Tessa, Tati, Derek and Simon, as they were tasked with creating a sweet dish without any processed or refined sugars.

The second week of Taboo covered racism, which host Harley Breen thought was the more challenging of the new season’s episodes. The audience of 330,000 followed last week’s 308,000. Extra viewing in the week following that first episode pushed the audience to 509,000.

Escape From The City was in the beautiful northern rivers region of NSW with 347,000 watching.

We note this week’s comment in the Mediaweek Morning Report about “posh white blokes making shows about trains”. There are certainly plenty on offer on SBS and now 7TWO – and they rate well too.

Last night’s contribution to the genre was the final episode of Walking Britain’s Lost Railways which saw host Rob Bell in Wales. The episode did 182,000. 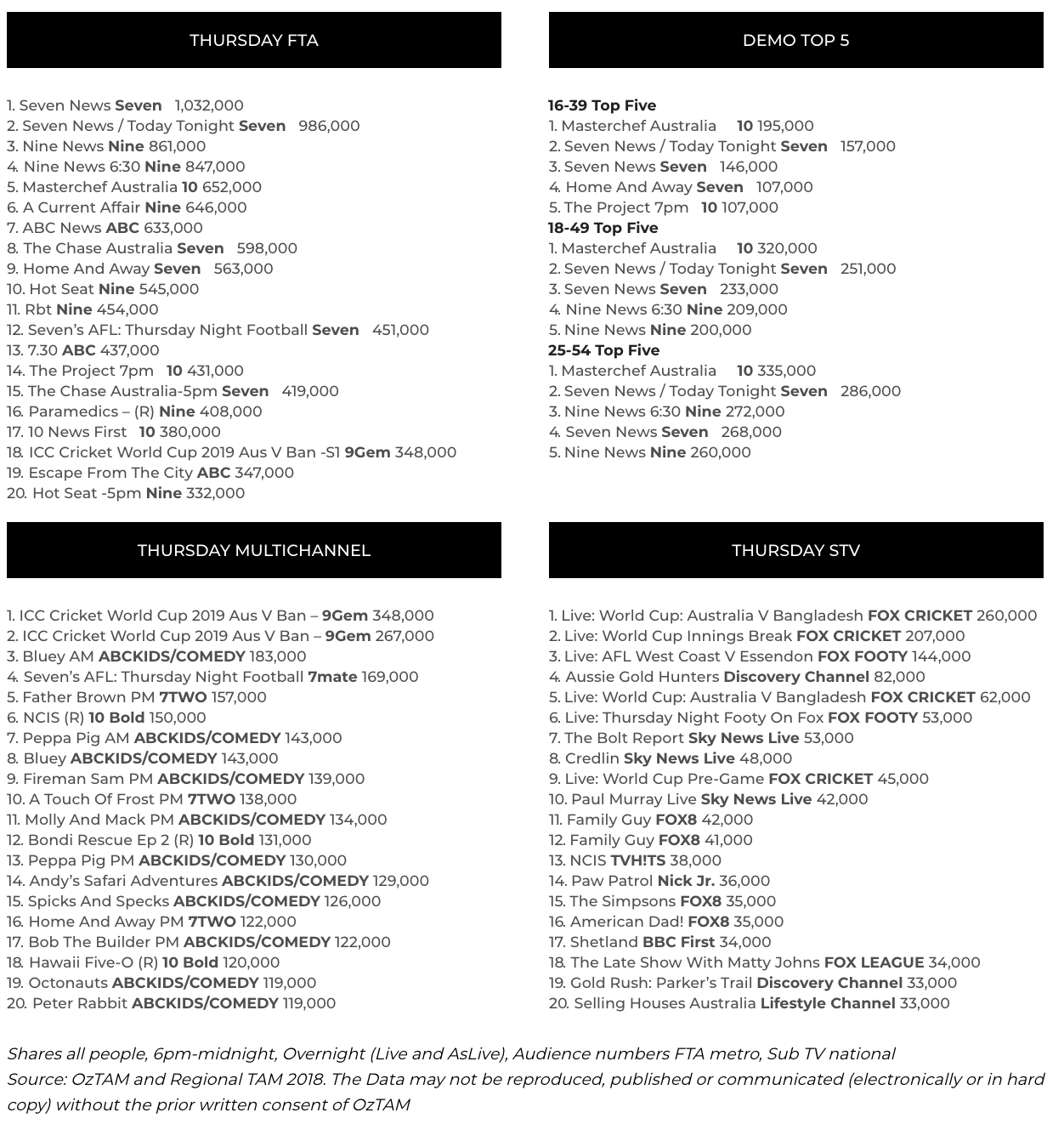