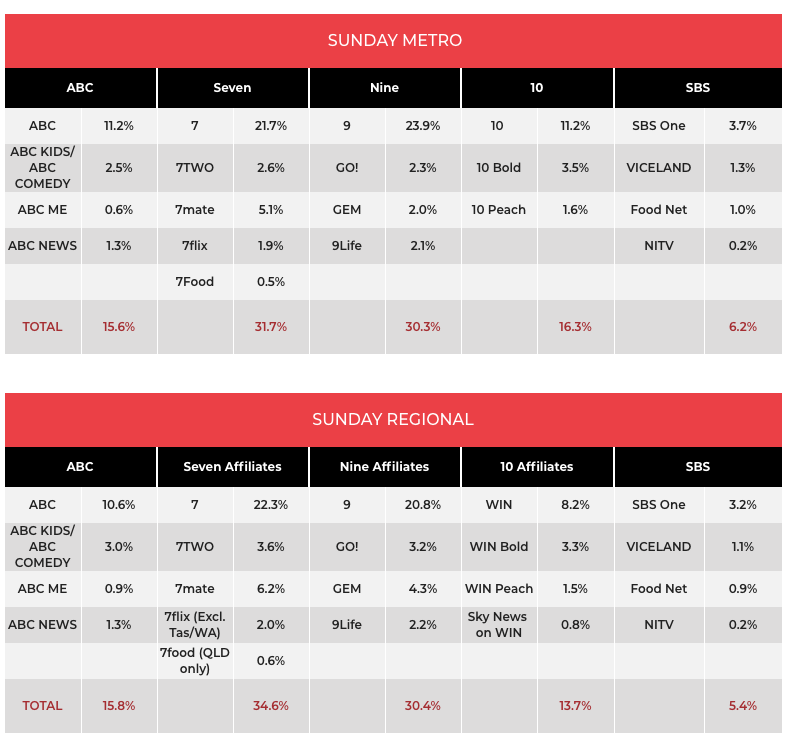 House Rules made it just over 800,000 for the first time this season. The judges couldn’t separate the work of team Katie and Alex and team Tim and Mat with each receiving a total of 24 points last night. The audience was up from 740,000 a week ago.

Sunday Night then did 643,000 after 561,000 a week ago. The episode featured Matt Doran’s forensic account of how a Qantas pilot saved the lives of 315 people on QF72 over a decade ago.

The Voice hit a season high thanks in part to Jack Vidgen returning to performing after a five-year break. The former AGT winner got all four coaches to turn around and he then chose Guy Sebastian to reignite his career. The audience was 1.105m after 1.090m a week ago.

Just short of 40 years since the death of Azaria Chamberlain, Charles Wooley reported on the recent attack on a 14-month-old by a dingo on Fraser Island. The episode did 673,000, down from 756,000 last week.

Suburban Gangsters then shone the light on Lennie McPherson and Stan Smith with an audience of 301,000 after 306,000 a week ago.

Waleed Aly made the long trip to Spain to watch Liverpool take on Tottenham Hotspur in the Champions League final on Sunday morning. He reported from outside the stadium for The Project on his team’s triumph. Aly is spending less than 24 hours in Spain before he returns home to re-join the show in Melbourne. The Sunday audience was 407,000 at 7pm after 444,000 a week ago.

Beautiful one day – delicious the next. MasterChef has finally made it to Brisbane for a special week of programs, 10 years after the format launched. For their first night up north, the contestants had to create from a mystery box in a kitchen set up on the banks of the Brisbane River. They then had to work in a convoy of food trucks, which was explosive in more ways than one. The fat caught fire in one truck, sending the contestants rushing for safety and the diners wondering where their meal would come from. The episode was on 621,000, down marginally from 645,000 a week ago.

Part two of Epic Warrior Women was titled Gladiatrix and did 124,000. 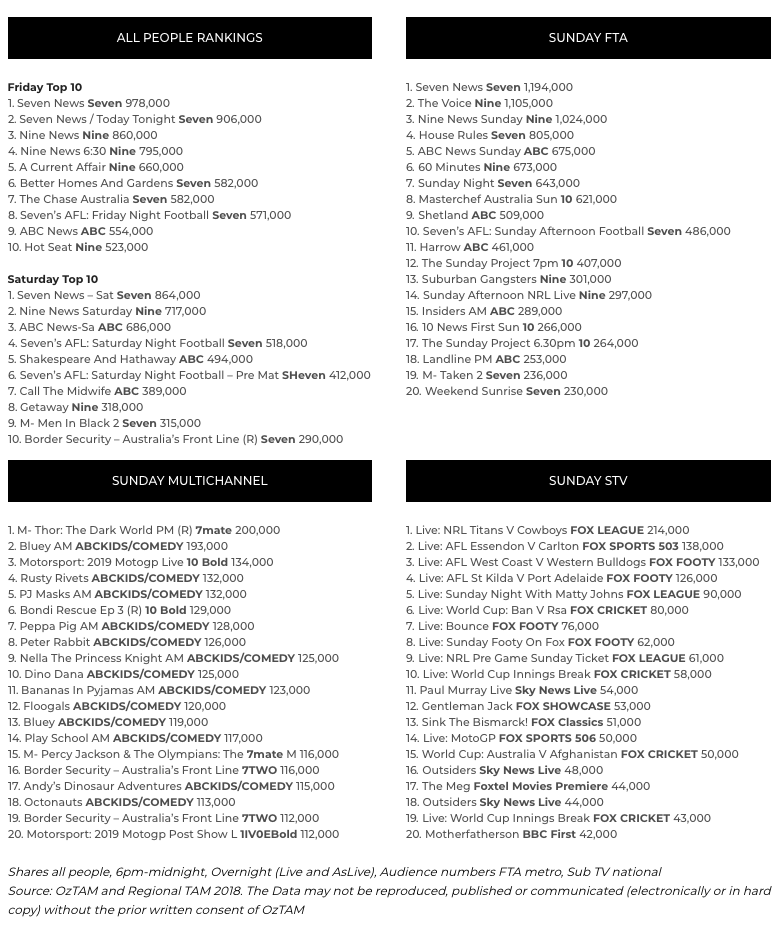