• Leigh Sales’ 7.30 ranks #1 in the early even primetime slot
• On the commercials, AGT ranks #1 ahead of Bondi Rescue
• Nine’s midweek dip returns, cutting into Sunday/Monday wins 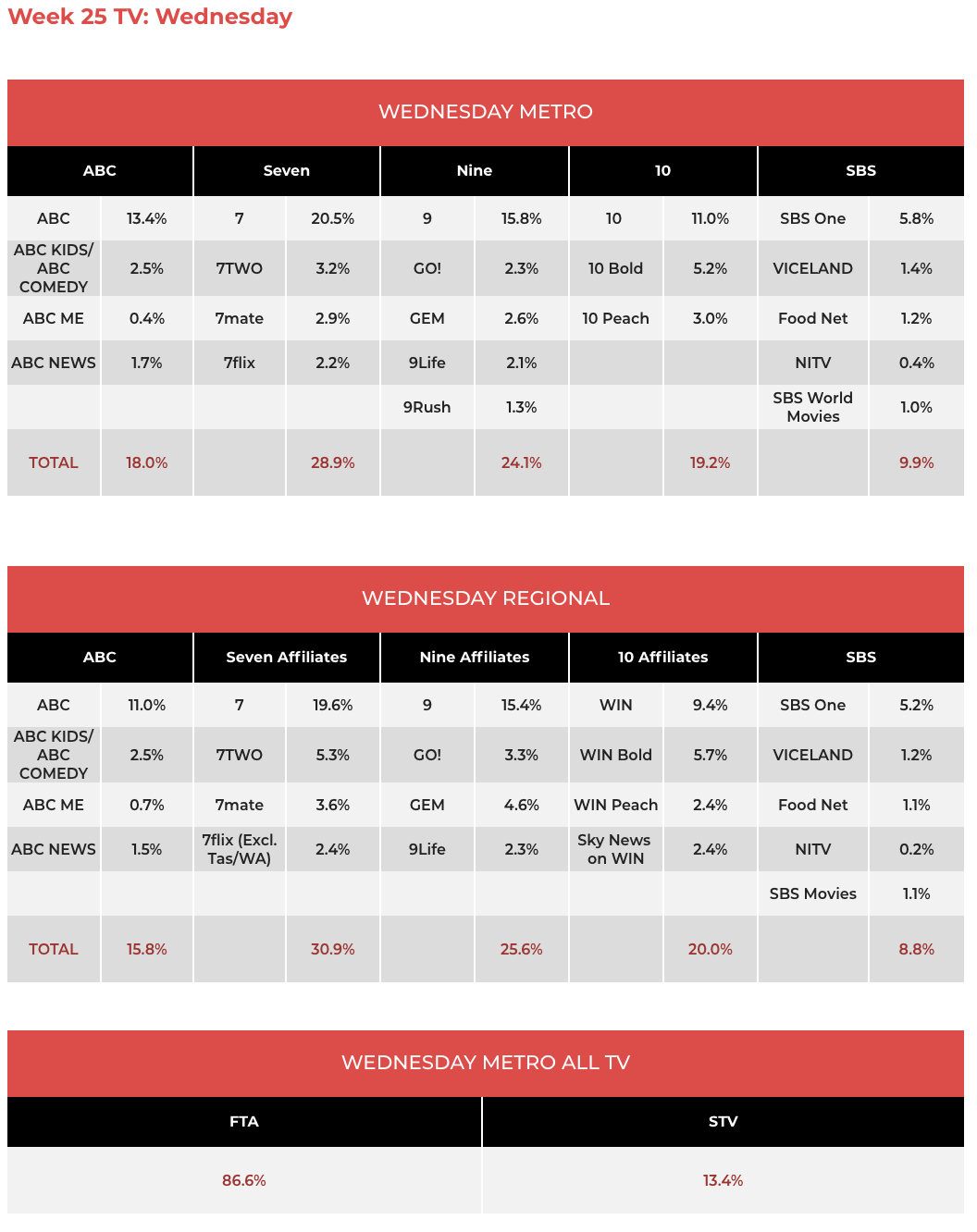 Seven: Home and Away was back under 700,000 for its Wednesday episode.
At 7.30pm the channel launched season 15 of America’s Got Talent featuring the return of Heidi Klum as a judge alongside newcomer Sofia Vergara. The episode was on 525,000.
The arrival of AGT pushed back the start of The Front Bar with the show’s hosts making several references to it and the impact it had on their start time. Fitzy was a special guest, crossing to a donut truck the show had organised outside the Seven Docklands building. The episode was on 335,000 with 216,000 in Melbourne. The later timeslot saw the numbers drop from 400,000 a week ago.
Seven’s winning share hardly moved though, down from 21.2% a week ago to 20.5% last night.

Nine: Karl Stefanovic was hosting A Current Affair last night with the audience again just over 650,000 keeping it second in the slot, just ahead of Home and Away and behind ABC News.
Nine flipped its Tuesday and Wednesday line-up this week, yet Kath & Kim had an even smaller audience at 7.30pm midweek. The numbers week-on-week went from 385,000 to 333,000.
The movie Crocodile Dundee is often a Saturday night special, but in a midweek outing it did 243,000.
Nine still narrowly leads the week-to-date all people, but that will come under pressure across the next three nights.

10: With no more MasterChef Wednesday the channel’s primary share slipped week-on-week from 15.2% to 11.0%.
Bondi Rescue took over at 7.30pm with 486,000 for the first episode and then 433,000 for the second. The audience for the first ep was the biggest for the franchise in over two years. And it helped 10 to rank #2 in some demos for the night. 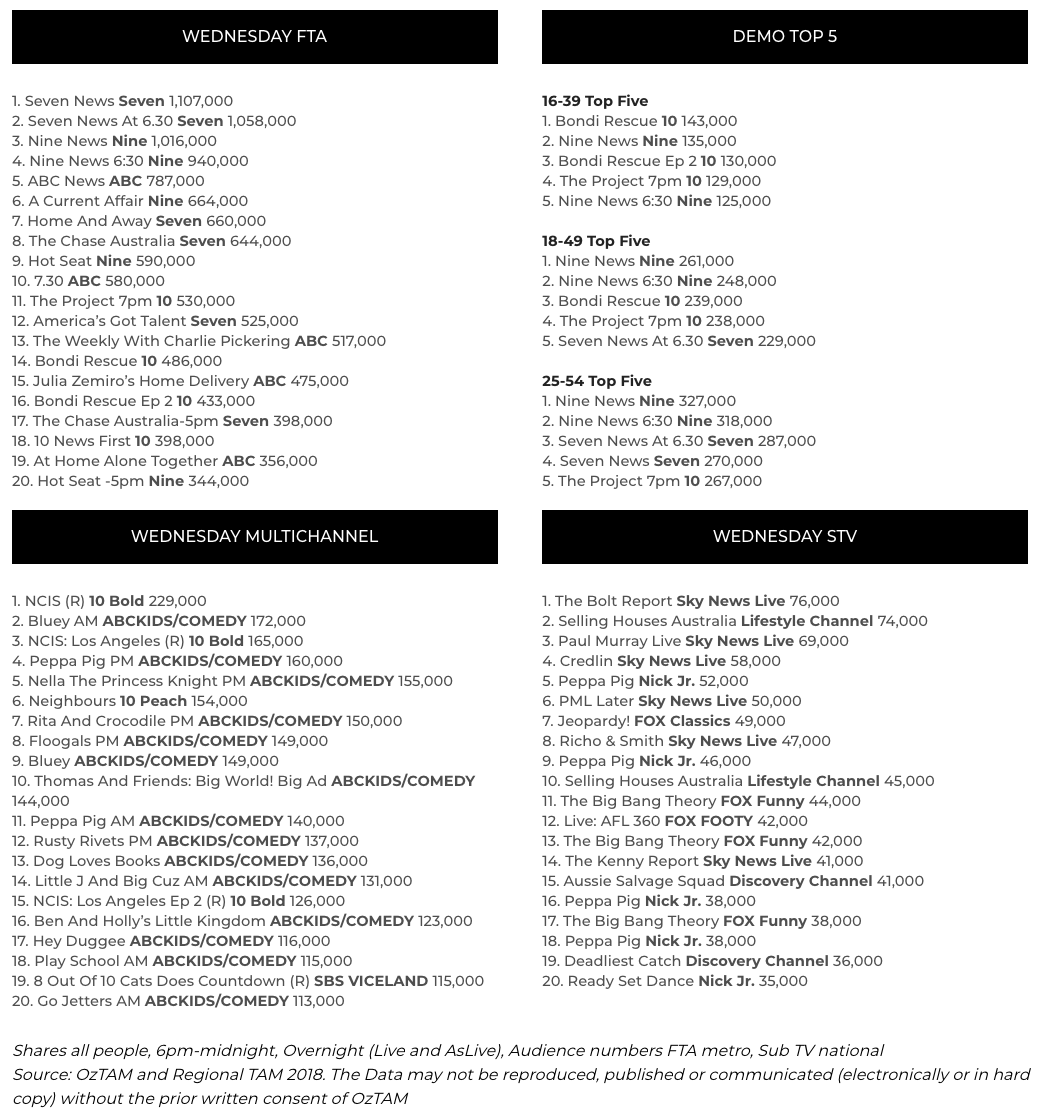