Stan has revealed the Stan original film Relic will premiere on July 10, leading a series of brand new originals and theatrical releases to be announced over the coming weeks.

The announcement comes following the record breaking release of Justin Kurzel’s True History of The Kelly Gang at the beginning of the year, which formed part of Australia’s biggest ever line-up of original productions over the past summer on Stan – including original series The Other Guy Season 2, The Gloaming and The Commons – alongside the recently released second season of Bloom.

Stan has a series of announcements on its forthcoming originals slate to be made over the coming weeks.

Relic enjoyed its world premiere in the Midnight section at the 2020 Sundance Film Festival and currently boasts a perfect 100% score on review aggregator Rotten Tomatoes. The film was also programmed in the Midnighters section at SXSW.

A thrilling tale that serves as a deeply felt metaphor for the ravages of Alzheimer’s disease, Relic tells the story of Edna (Robyn Nevin), an elderly and widowed matriarch who goes missing, and her daughter Kay (Emily Mortimer) and granddaughter Sam (Bella Heathcote) who must travel to their remote family home in the Melbourne countryside to find her. Soon after her return, they start to discover a sinister presence haunting the house and taking control of Edna.

Nick Forward, chief content officer at Stan, said: “Natalie Erika James’ extraordinary film Relic adds to our growing line-up of original productions with the world’s best writers, creative artists and directors. The Australian screen industry has experienced a challenging year, however, we are excited about a fresh line-up of Stan originals that is bigger than ever and working with the Australian production industry as we bounce back stronger than before.”

Natalie Erika James, co-writer and director, said: “I’ve been absolutely thrilled to be working with Stan to share Relic with Australian audiences as a Stan Original Film. Having made the film with an Aussie team in and around Melbourne, it means so much to launch on ‘home turf’ at the same time as our US release.”

Caroline Pitcher, Film Victoria CEO, said: “Natalie Erika James and Christian White are two of Victoria’s most exciting emerging screen talents and we’re thrilled that their debut feature will premiere in Australia as a Stan Original Film. Relic follows in the footsteps of another Victorian-filmed feature, True History of the Kelly Gang, and we’re delighted to see the continuing support for original local content which is fantastic for our filmmakers and for Australian audiences.”

Relic is a Carver Films and Nine Stories production. Major production investment from Screen Australia, in association with AGBO. Developed, produced and filmed on location in regional Victoria with support from Film Victoria. Distributed by Umbrella Entertainment. 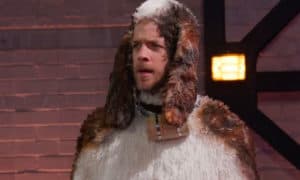