• Have You Been Paying Attention?, MasterChef keep 10 competitive 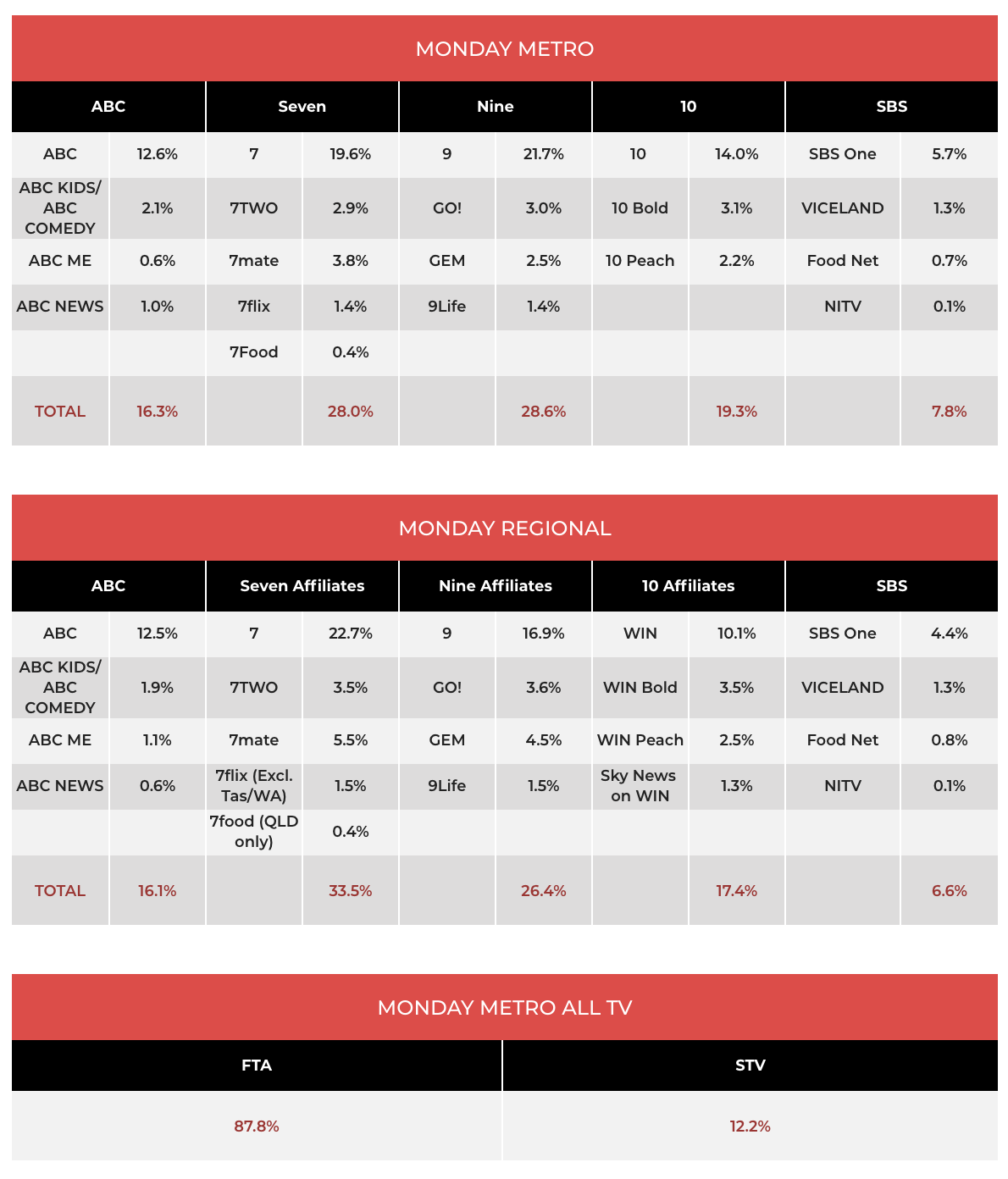 The afternoon AFL helped Seven to a record 2019 news audience with 1.297m watching at 6pm. The Collingwood-Melbourne game has been known as the Queen’s Birthday clash, although it is now better known as the Big Freeze match thanks to Neale Daniher and his Fight MND work. That news audience might have even been better if it was a better game – Melbourne again capitulated early and was never in the hunt. The football audience was 554,000 with 403,000 in Melbourne.

The first of the Knockout rounds started on The Voice as the contestants are quickly culled. The audience was 1.01m, which was up marginally on the 1.0m a week ago.

Nine then screened Motown 60: A Grammy Celebration with 394,000 watching the recent US special.

Both Have You Been Paying Attention? and MasterChef kept 10 competitive. Both shows were just under 700,000 and they were both top 5 all people, only trailing The Voice in entertainment rankings. However the shows ranked #1 and #2 with viewers 16-39.

Tony Martin was one of the guests on HYBPA? while on MasterChef, Walleed Rasheed was the 12th contestant eliminated, meaning we now have the top 12 in action. Well not quite. Tim then won his way back into the series.

Earlier in the night Carrie Bickmore was a guest on The Project from London, celebrating her Queen’s Birthday Honour plus explaining spending time with her new baby has been the reason behind her prolonged absence from the show. She didn’t indicate how long it would be until her return. The Project was on 533,000 after 7pm. The week 23 average was 473,000, up from 444,000 the previous week.

Australian Story was on 591,000 with Julie Bishop introducing a story about four members of the one family who died on MH17.

Four Corners was on 580,000 with a Louise Milligan report on the Bourke Street murderer. 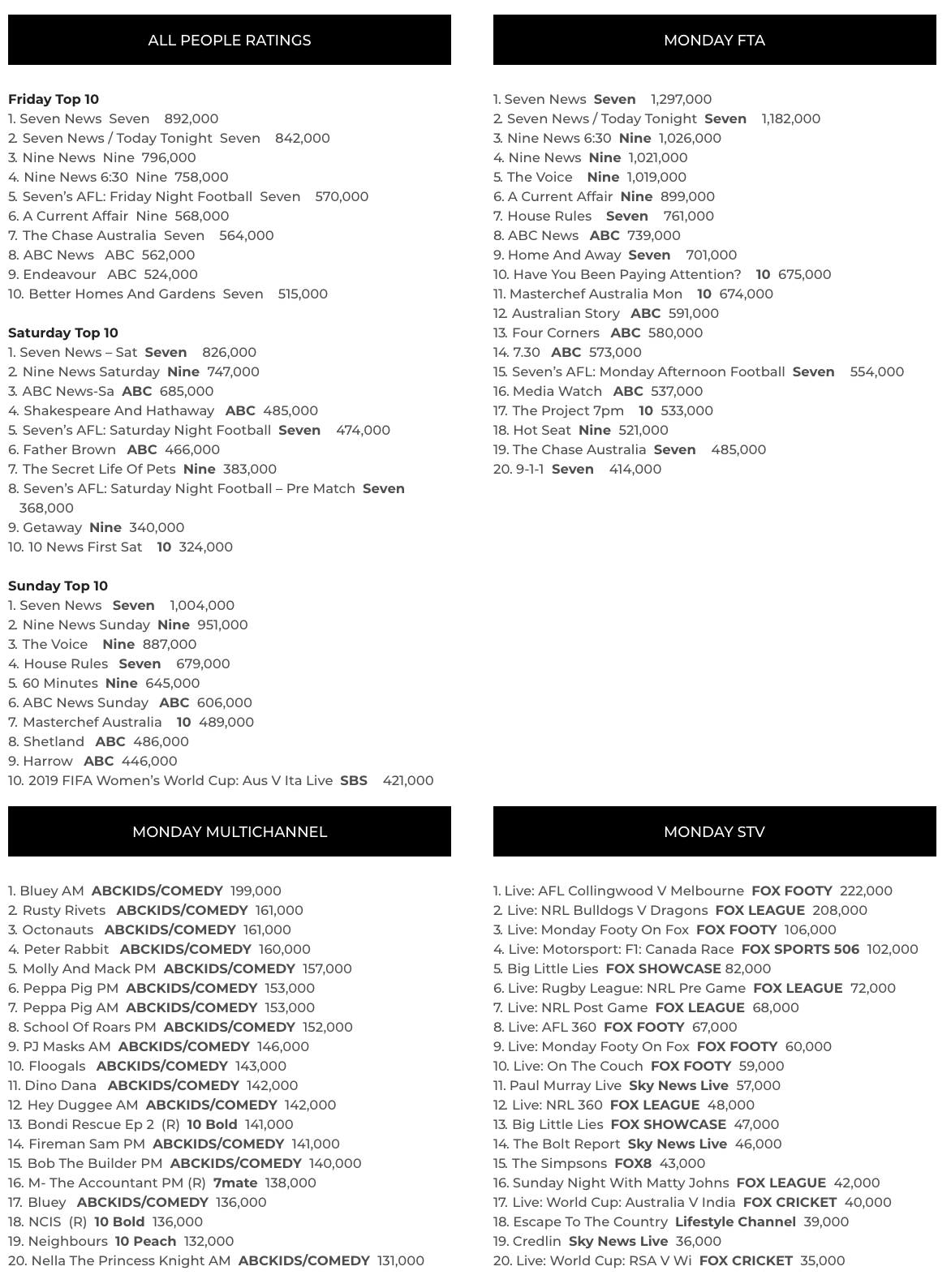