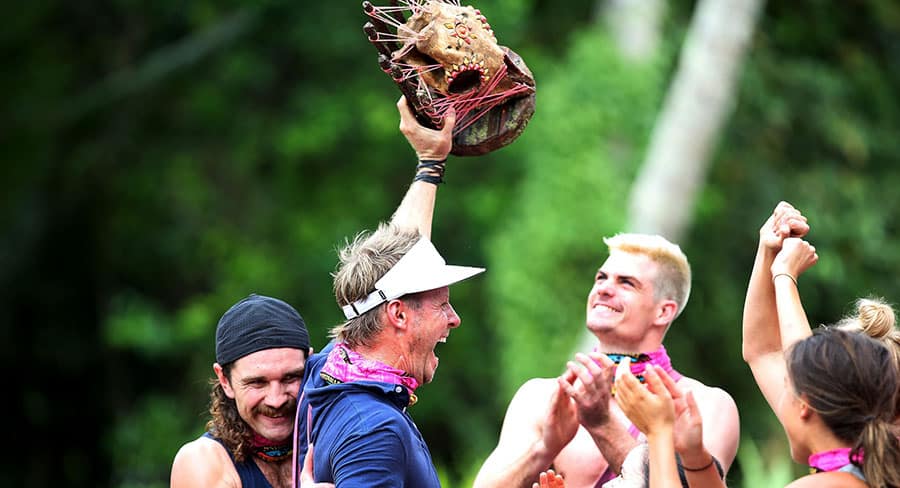 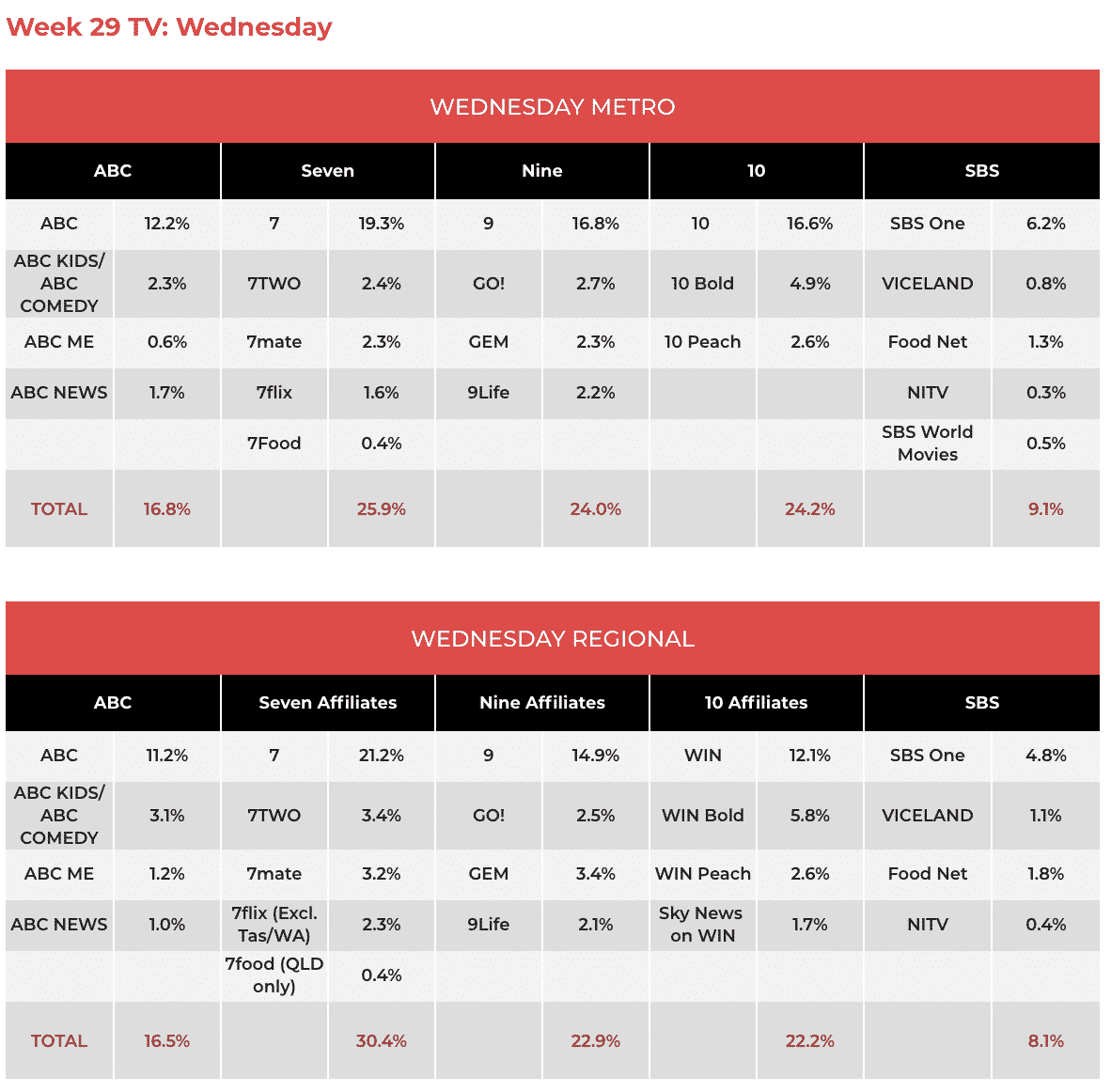 The channel finished first in primary and combined channel shares.

A massive three hours of Britain’s Got Talent culminated in the announcement of the winner. The audience was 451,000 across the marathon.

Wednesday night at the movies featured the 2017 film Guardians Of The Galaxy Volume 2 with 275,000.

The primary channel was just 0.2 behind Nine while its combined channel share ranked second behind Seven thanks in part to Bold’s share of 4.9%.

On The Project, 2019 MasterChef winner Larissa explained how she felt on the day it was announced she was the winner, learning that the judges were departing the show. The episode was on 487,000 after 7pm.

Australian Survivor then launched with 807,000 after 716,000 tuned into the series start a year ago. 10 has reported this is the biggest Survivor launch ever. The episode was the #1 Wednesday show under 50. The impressive series debut can rightly be called “epic” after two challenges and the Champions faced the season’s first Tribal Council, sending home Queensland’s memory champion, Anastasia Woolmer.

10’s chief content officer Beverley McGarvey said this morning: “Last night’s Australian Survivor launch was a fantastic start to what we believe is the best season yet.
“A huge thanks and congratulations to the all the competitors, Jonathan and the brilliant team behind the scenes who have put together yet another amazing season.
“These contestants really are here to play and we can’t wait to share more of what’s to come.”

David Wenham was Anh Do’s subject on Anh’s Brush With Fame with 722,000 watching.

Mad As Hell managed to show the new episode last night with 607,000.

Earlier in the night, Going Places With Ernie Dingo did 178,000 and Great British Railway Journeys was on 155,000. 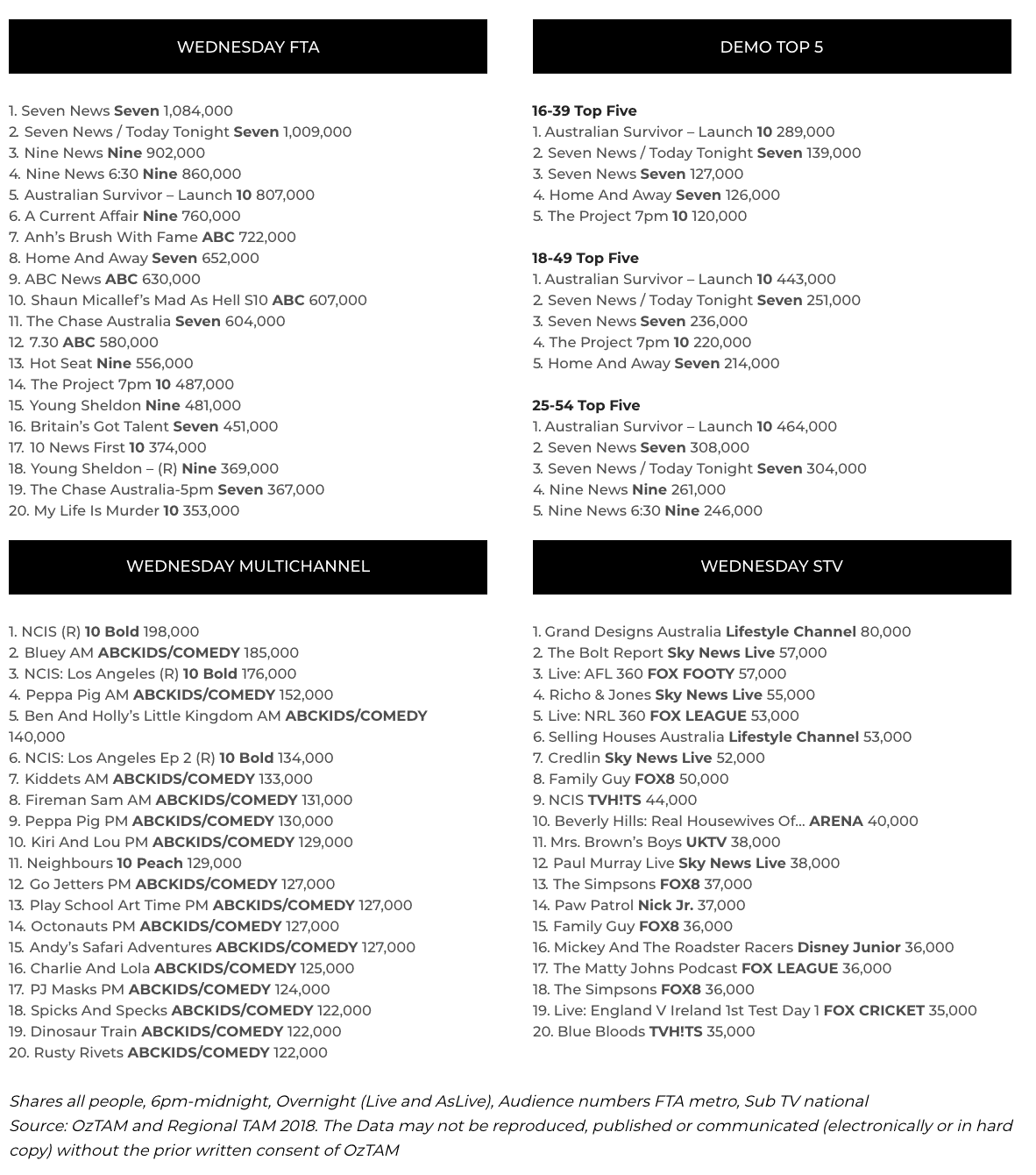