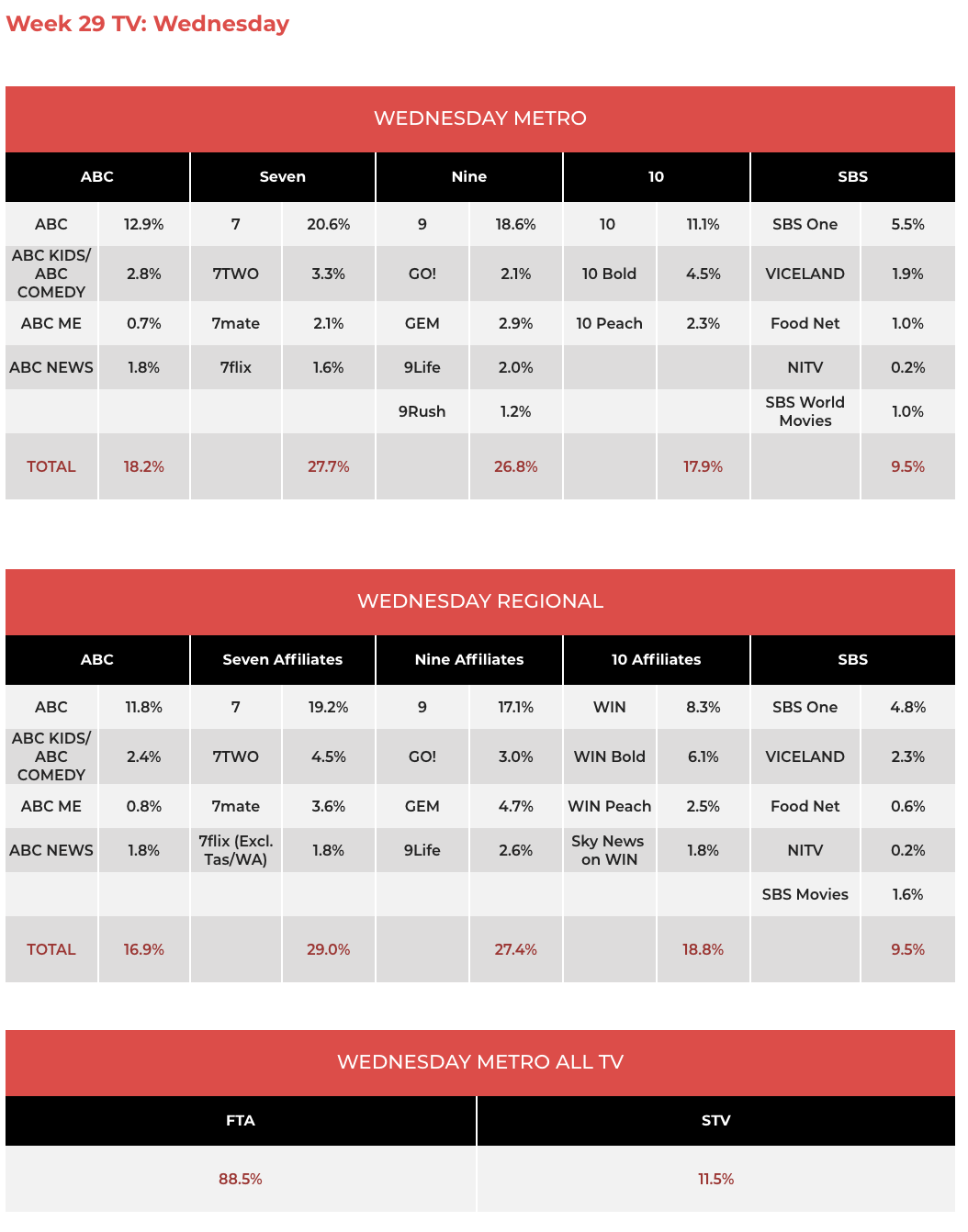 Seven: Home and Away is having a great week with Wednesday on 681,000 after audiences already of 695,000 and 677,000.
Big Brother served the housemates another curveball with Mat winning a game advantage. Then he unveiled his biggest twist yet – recent evictees Sophie and Kieran had been sheltering in the White Room. Dan, Mat, Chad and Sarah watched on as Kieran took Big Brother’s cash temptation, exiting the game with $15,000 from the main cash prize. Just as Seven’s production chief Andrew Backwell forecast here a few weeks ago! The Wednesday audience was 711,000, with Bachelor in Paradise attracting a slightly bigger 16-39 audience. Big Brother returns next Monday to start finals week. 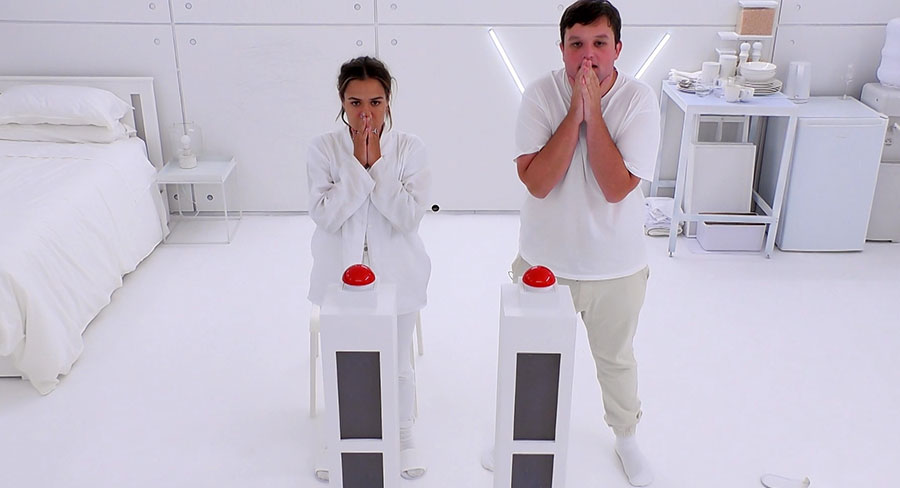 Two great guests on The Front Bar with Santo Cilauro and then former Melbourne star (and father of Jack), Todd Viney. Special mention to The Front Bar researchers who did an amazing job building the clips folder for Viney. The episode did 383,000 with 247,000 in Melbourne.

SBS: Sir Tony Robinson ended his journey around the world with a trip through Scandinavia, south from the arctic circle in Norway. The episode just missed the top 20 with 352,000.
The third episode of Who Gets to Stay in Australia was on 146,000. 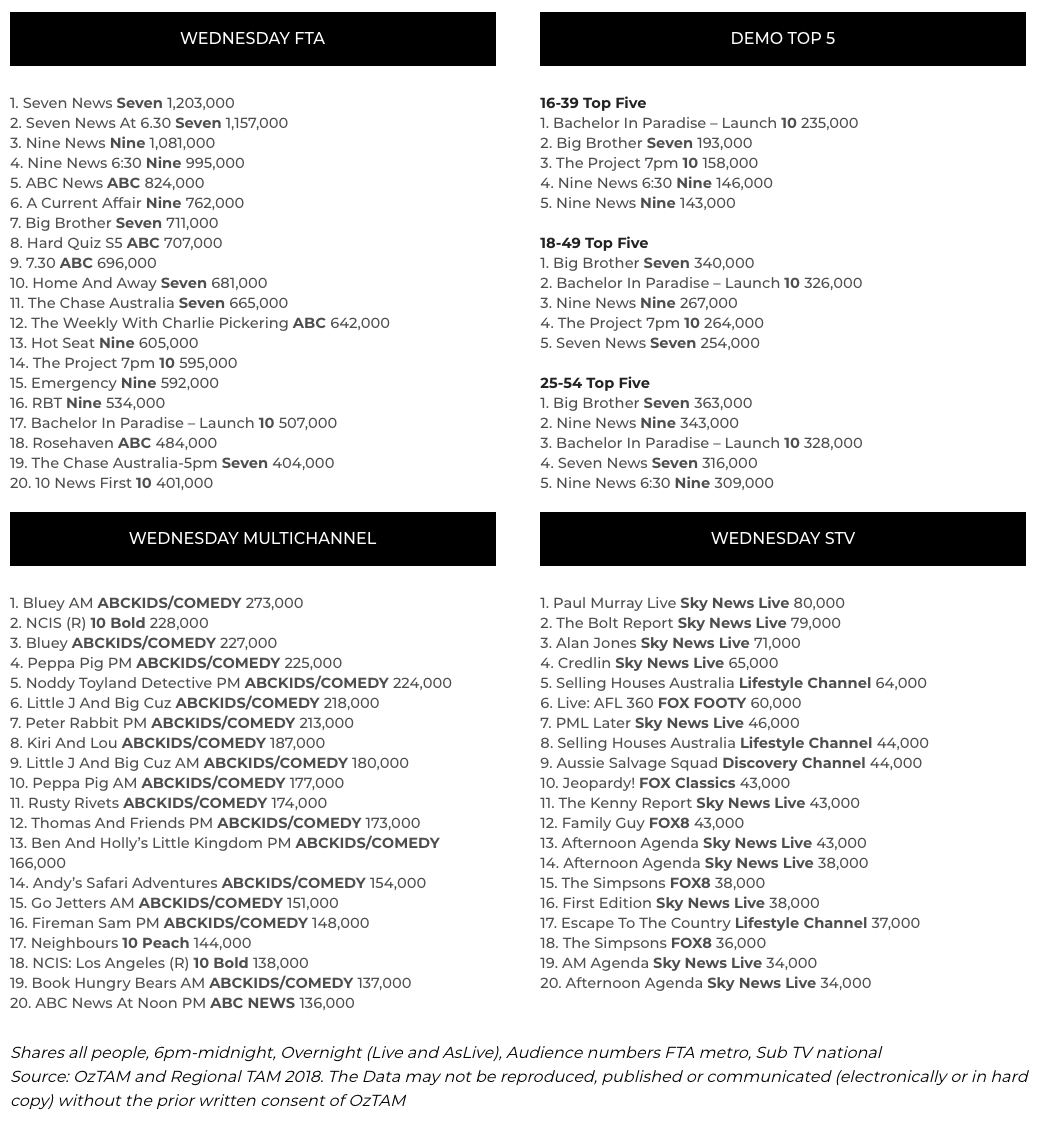