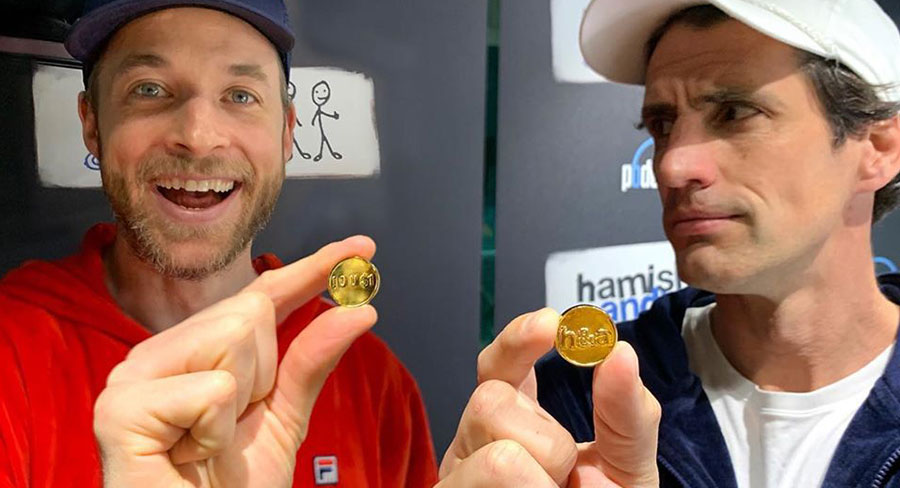 The 100th episode of Australia’s Number One Podcast, Hamish & Andy, has been released on PodcastOne Australia.

Hosts Hamish Blake and Andy Lee started their radio careers with PodcastOne Australia’s parent company, SCA, and have converted their ingenuity and connection to fans to drive growth in audience downloads of their enduring pods over the last 12 months by 125%*.

Hamish & Andy is the biggest entertainment brand in Australia and the podcast has been a regular at the top of the CRA Australian Podcast Ranker since October 2019 and across the Apple and Spotify charts.

Marking the milestone Hamish and Andy said: “While we’ve always said we’d save the fireworks show for the millionth episode, it’s nice to be on the way!”

SCA head of podcasting, PodcastOne Australia, Grant Tothill, said: “It is great to see Hamish & Andy maintain their spot as Australia’s number one comedy podcast and to celebrate 100 episodes. They really are the benchmark when it comes to how they approach creating their podcast series. For those that haven’t listened, now’s the time. Start at episode one and listen all the way through to the 100th episode.”

The new sponsor for the podcast is Uber Eats.

What happened on episode #100

• The hosts had an update on the much-anticipated Loyalty Cards. Maybe three weeks away? And it was confirmed the businesses in the Chapel Street precinct (in Melbourne) will accept the cards (after they get out of lockdown).”

• The listener with a special skill was able to identify the exact episode that clips Hamish & Andy played came from. The listener earned a coin, despite failing with one of the guesses.

• Any promised a special guest at the end of the episode. (Special guests are pretty rare on the Hamish & Andy podcast.)

• The winner of the Hamish Blake copper ball is revealed – a listener with one testicle! Listener Mark said: “I had a number years with one ball and it would be good to have a second.”