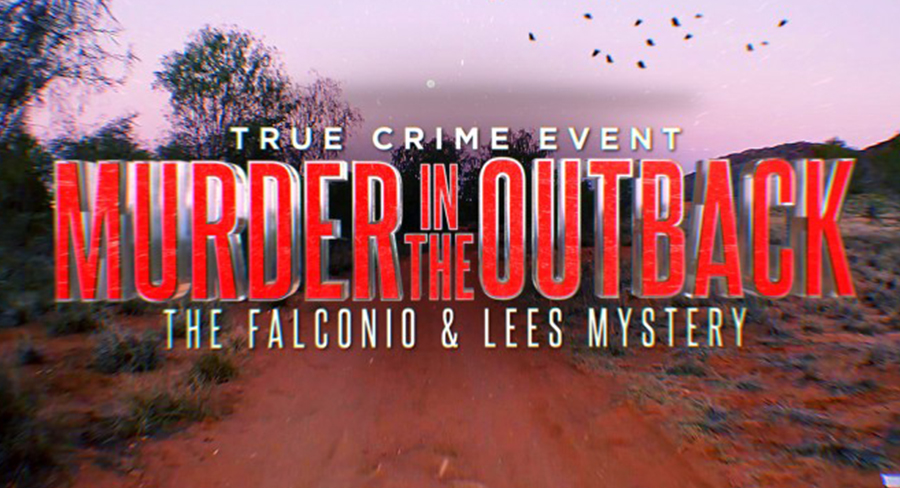 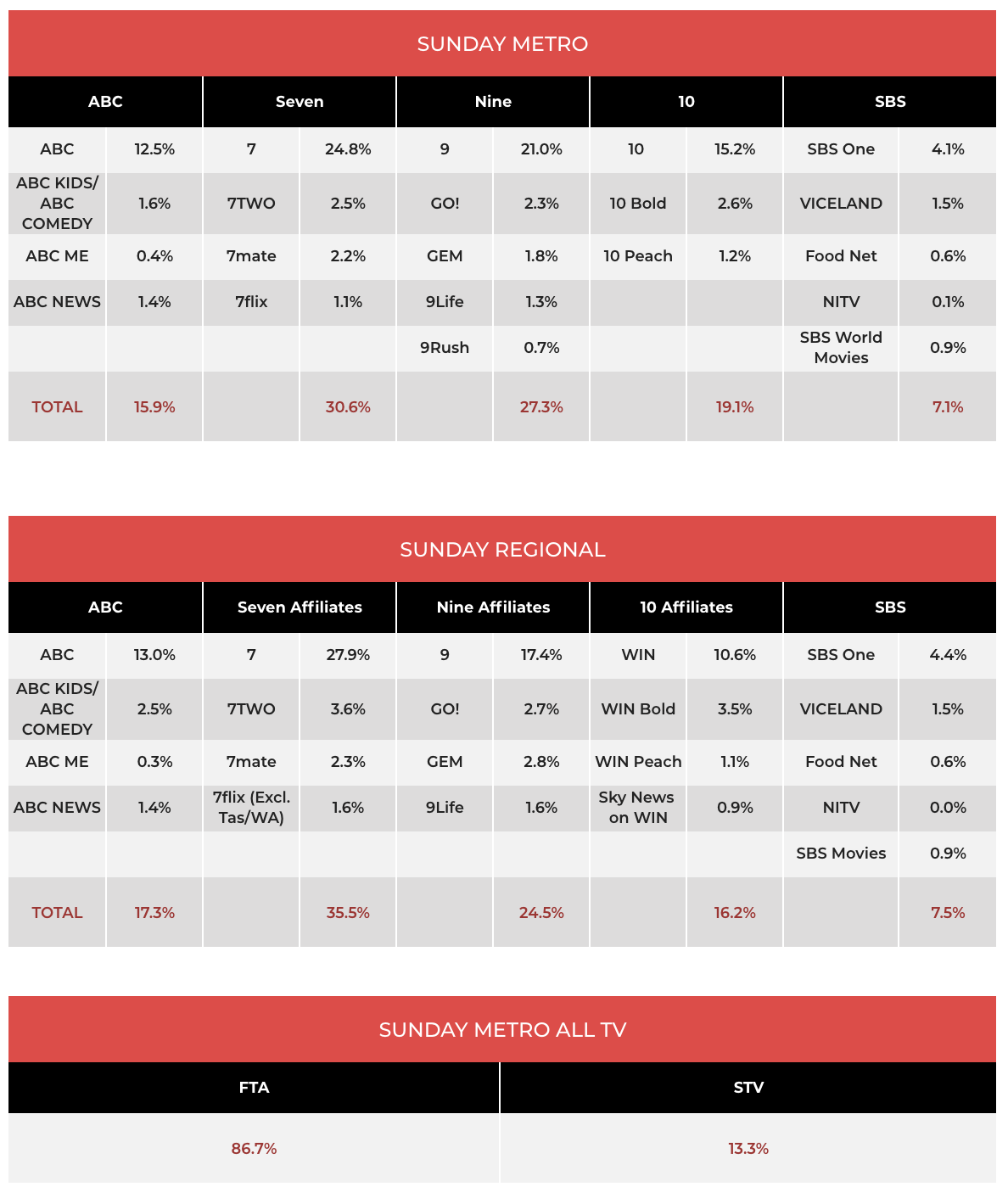 Seven: Big Brother had a night off with the Seven News special from CJZ, Murder in the Outback – The Falconio and Lees Mystery, being the first non-news program to break above 1m in three weeks. The audience of 1.033m easily pushed Seven to first place all people and key demos. It was Seven’s first Sunday victory since the Firefight Benefit Concert back in February and Seven’s second Sunday win since before the Australian Open in January.
Seven was also a clear leader in network share with its combined channel offering on 30.6%.
The 2016 movie Deadpool then did 377,000, ranking #1 after Vera and 60 Minutes each ended.

Nine: The Voice is counting down to the Grand Final, but it stumbled last night with a Sunday audience of 749,000, the lowest Sunday crowd for the franchise in Australia. The week-on-week number was down from 809,000.
There were two 60 Minutes reports from Liam Bartlett (one filmed prior to the Coronavirus pandemic) and one from Sarah Abo with the program on 559,000 after 667,000 a week ago.

10: The judges seemed to feel like they had to channel Gary, Matt and George at times on MasterChef last night. The usually more caring new trio of Melissa, Jock and Andy put pressure on the four cooks – Laura, Reece, Emelia and Callum – as they worked on different courses for the judges and guest chefs. After being constantly asked how she would be presenting something special, it was good to see Laura stick with her idea to present something simple (and a dish that wowed the judges).
Reece looked in trouble as soon as he served his vegetable starter and he ended going home after none of the other contestants stumbled.
The MasterChef audience for the last episode before finals week was 957,000 after 978,000 a week ago. Tonight is the final Mystery Box challenge before another elimination on Tuesday ahead of the finale.

ABC: Grand Designs UK saw host Kevin McCloud in Devon with 526,000 watching.
The always popular Vera returned with episode one of season nine. Presuming this was an ABC premiere, the series takes a while to get here, screening in January 2019 in the UK. The episode featured the very talented Peter Davison. The crime drama returned with an audience of 626,000.

SBS: World News had the biggest audience with 207,000. A repeat of The Great Wall of China: The Hidden Story kicked off a night of docos with 183,000. The fascinating Saving Notre Dame followed on 127,000. Be quick if you missed it, it only has two more days on SBS On Demand. An international co-pro with the investors including SBS.
Ending the doco triple play was Toxic Town: The Corby Poisonings on 80,000. 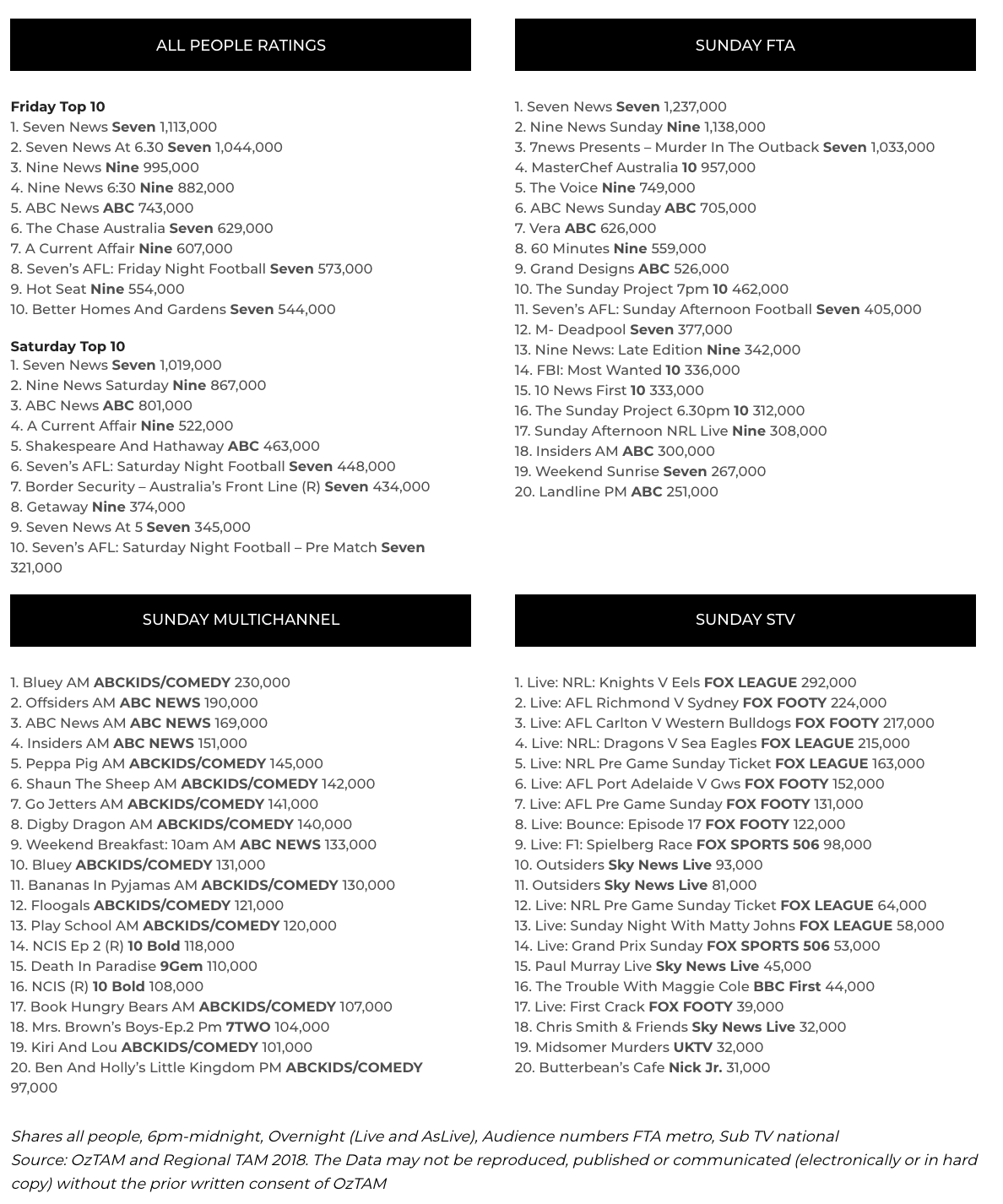