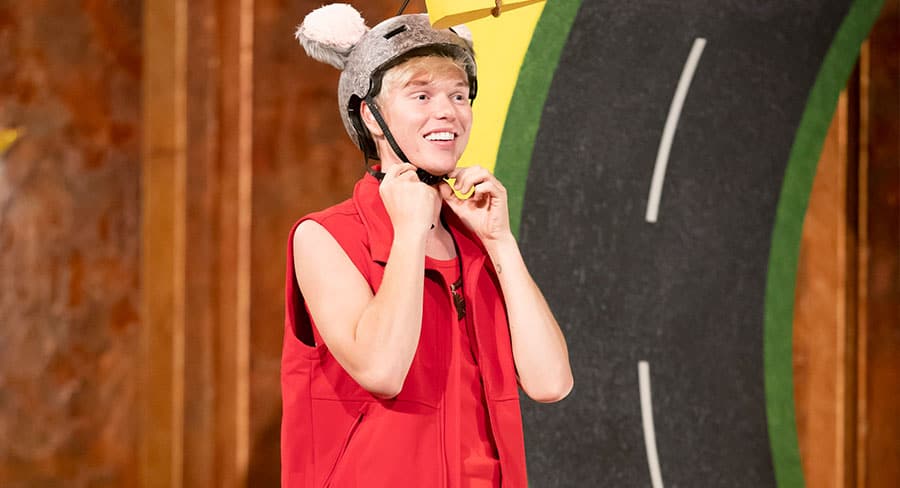 • The elimination of Jack Vidgen from the Australian jungle pushed over 800,000 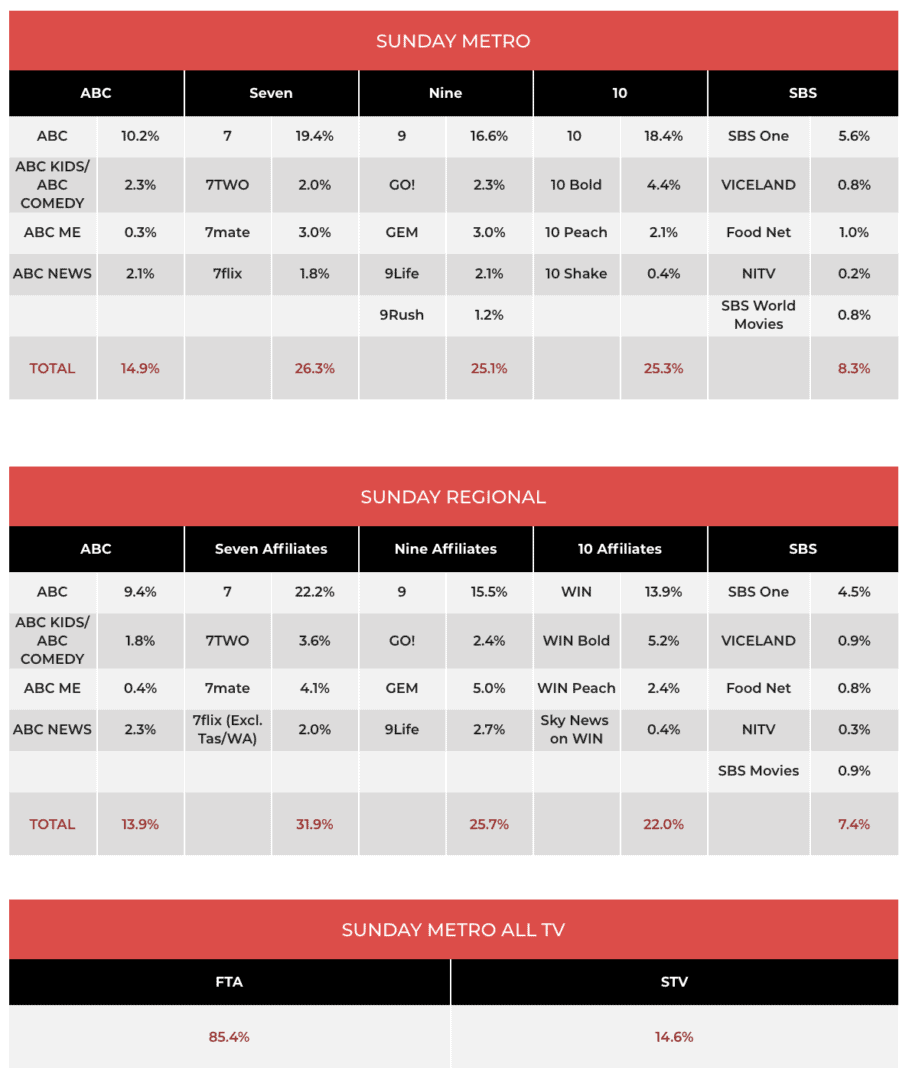 Seven ranked #1 Sunday with the most-watched primary channel and network as the fourth week of summer survey got underway.

The final session of the third day of the Fourth test ensured a big audience was fed into Seven’s primetime. Between 6-7pm Seven had nearly 200,000 more viewers than Nine.

After 7pm 10 was #1 commercial with the last half of The Sunday Project and then the first elimination episode of I’m a Celebrity…Get Me Out of Here! The elimination of Jack Vidgen from the Australian jungle pushed over 800,000 with the start of the episode not far behind on 780,000.

Seven’s Big Bash League held above 400,000 for both innings of the T20 clash at the MCG which secured Seven’s win.

10 Bold was again #1 multichannel as the NCIS franchise delivered across four episodes of NCIS and NCIS: Los Angeles. 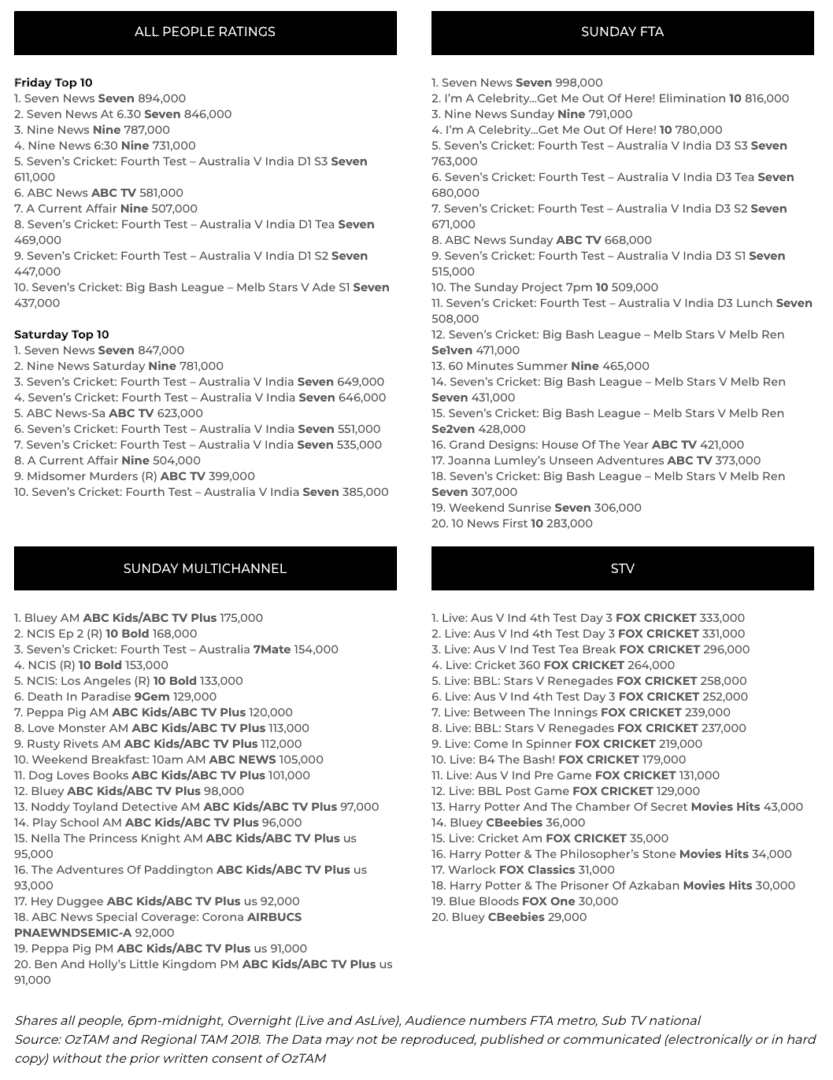