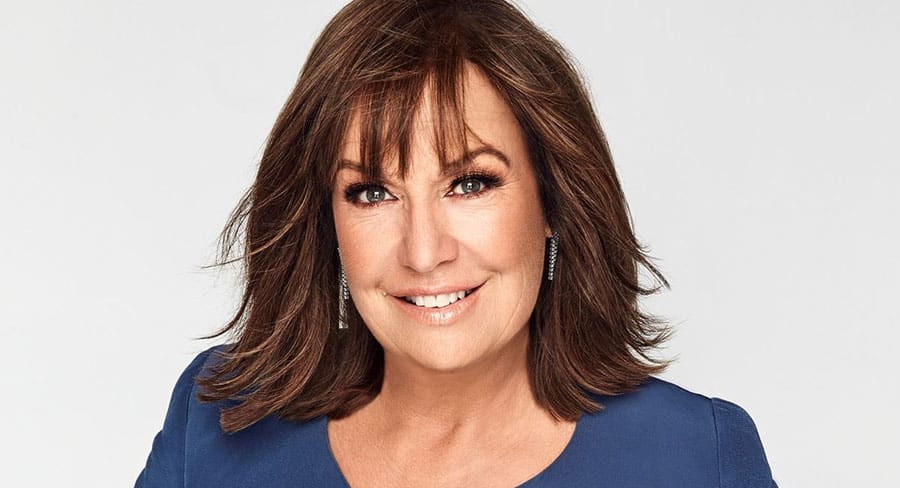 • News, return of Tracy, cops on the Goldie and a movie win for Nine 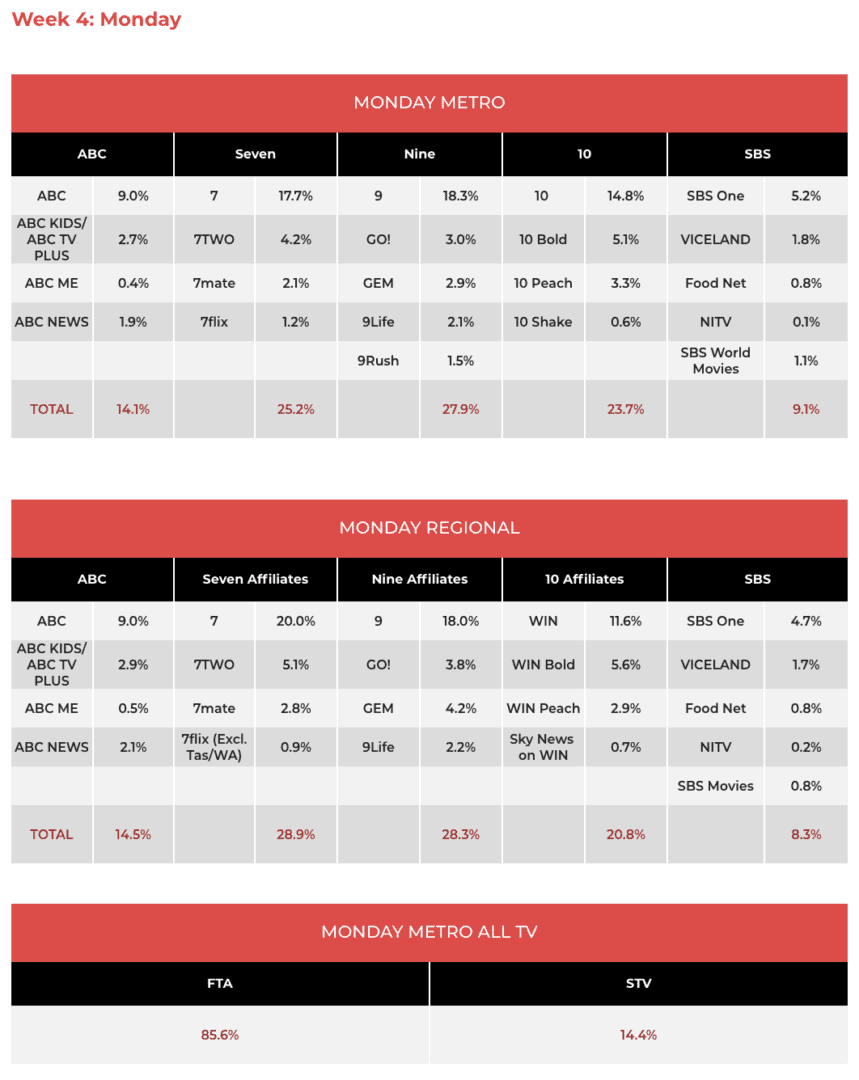 It was supposed to be the first night of the Australian Open tennis last night. That won’t happen now until February 8. Fittingly Nine managed to still win the night anyway, albeit with a smaller share than it will probably boast once the delayed tournament starts.

Driving Nine’s win was a news audience over 1m, and then Tracy Grimshaw returned from her summer break to start her 16th year of hosting the 7pm powerhouse as it pulled close to 700,000 viewers. Nine’s night then unfolded with Gold Coast Cops on 364,000 and 340,00 which was followed by the movie The Magnificent Seven on 260,000.

10 again had the #1 entertainment program with I’m a Celebrity on 746,000 which was marginally higher than any of last week’s episodes.

On Seven, the Big Bash League featured possibly the biggest six of the summer so far, but the audience failed to crack 400,000. It was not far off though with close to 380,000 watching each innings of the Hobart Hurricanes clash with the Sydney Thunder.

10 Bold pushed above 5% last night on a diet of Bondi Rescue, Law & Order: SVU and three episodes back-to-back of NCIS. 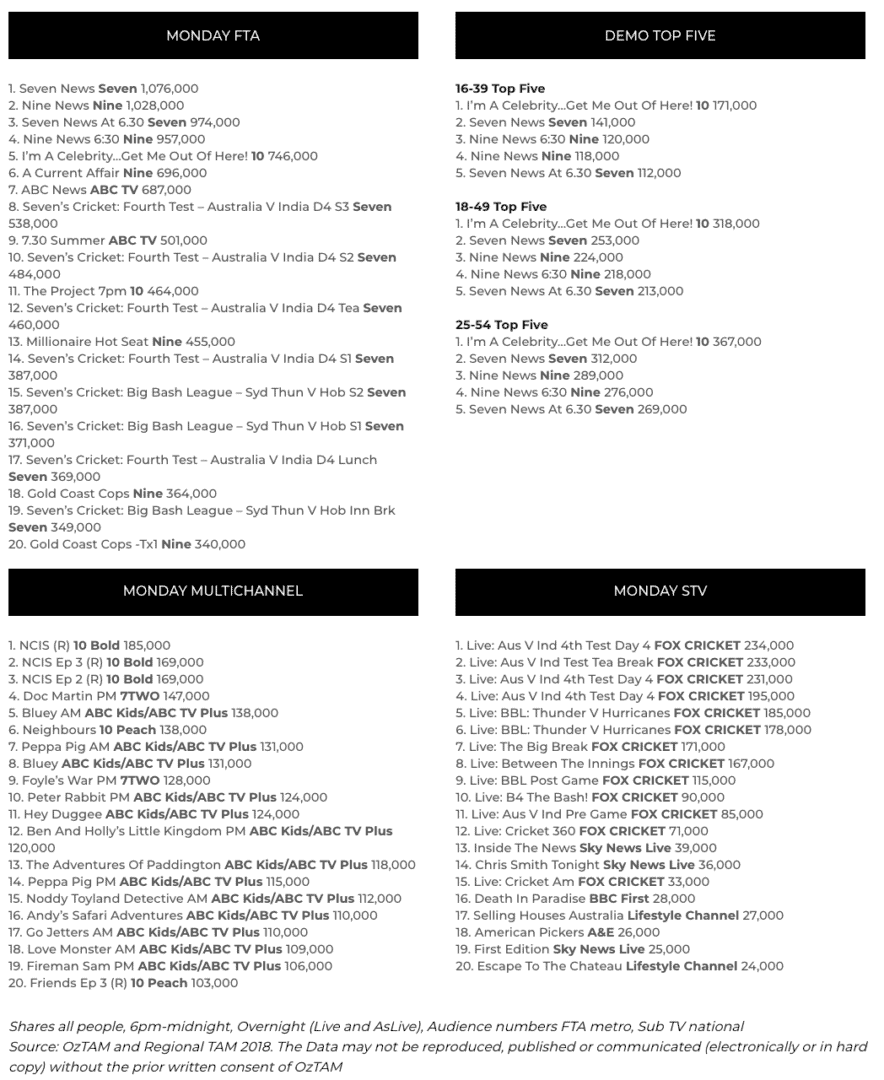