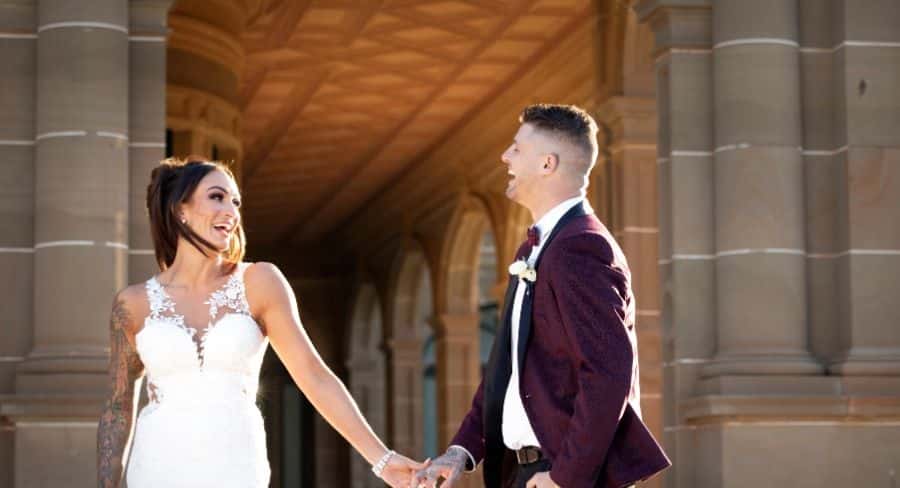 Night four of the final week of summer survey and Nine is still well ahead of the competition. Married At First Sight has secured its third consecutive audience over 1m. That size audience is huge as a one-off, to do its regularly is very impressive and a tribute to the people working on the program at all levels.

Doctor Doctor took advantage of the lead-in with an audience of 532,000 watching the first episode screening since 2018. That overnight number seems about as good as any drama could now expect.

The size of the MAFS audience is causing pain elsewhere. Still no joy for Seven’s My Kitchen Rules: The Rivals. It’s going to take something pretty explosive on the program to get these numbers back up.

In a later timeslot First Dates Australia then did 345,000 which was a good retain of the 348,000 it did earlier in the night a week prior.

Home and Away was just under 600,000 after two nights over that mark to start the week.

My Kitchen Rules: The Rivals Week 1

10’s primary share slipped below 12% for the first time since Australian Survivor: All Stars launched. The episode was over 100,000 ahead of MKR in all people and even further ahead in key demos.

Multichannel 10 Bold had a good night, ranking as #1 multi with 4.8% on what is its strongest night of the week thanks to NCIS, NICS: Los Angeles and Bondi Rescue.

A returning midweek line-up started with Hard Quiz slipping back into the 8pm slot where it should be commissioned for the whole year. The returning show has started the year on 550,000 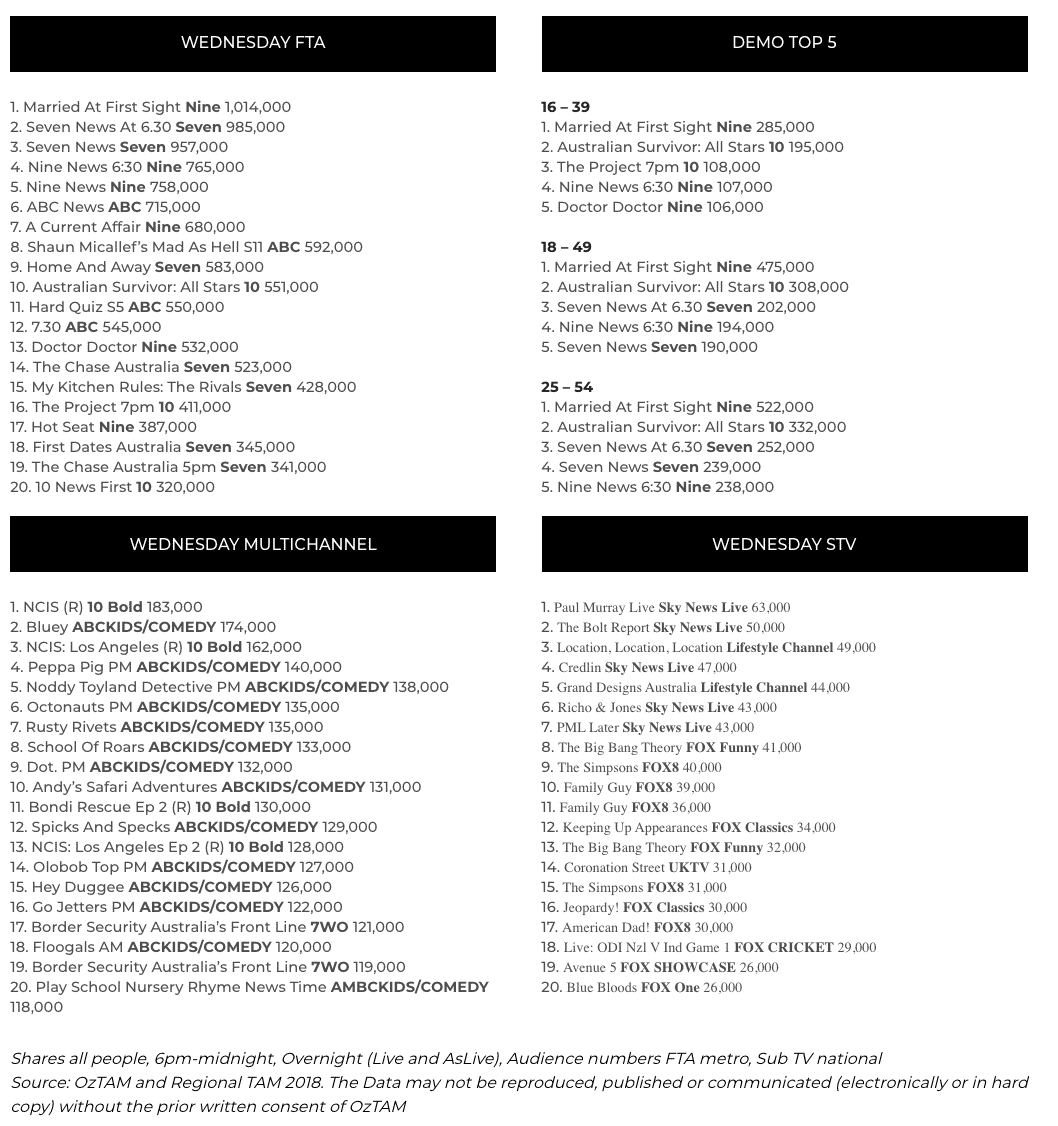