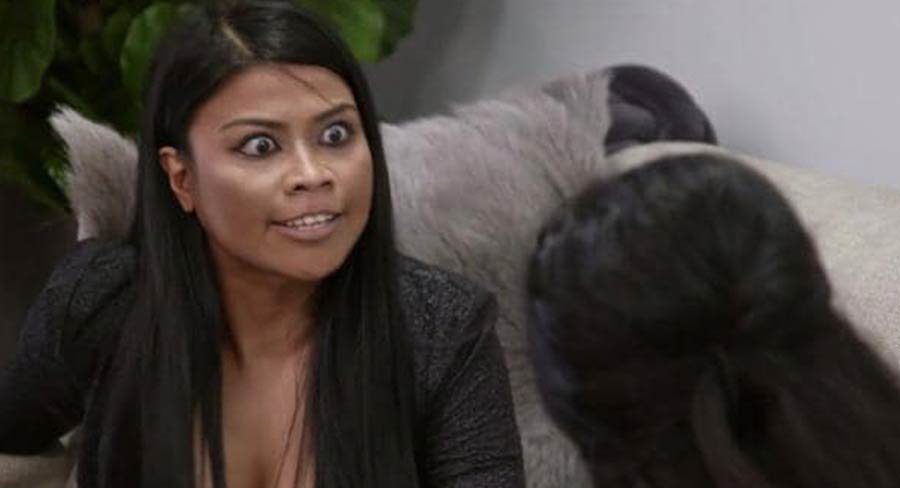 My Kitchen Rules saw Milly and Karolina separated again just one night after they met as they were eliminated from the talented group two. The Tuesday episode was on 861,000 after 774,000 a week ago.

A Current Affair featured two reporters in the spotlight last night – Martin King confronted George Pell outside court while later in the episode things were more relaxed when Sylvia Jeffreys interviewed Hugh Jackman. The episode did 765,000 after 883,000 on Monday.

A producer intervened last night to keep Martha and Cyrell apart last night on Married At First Sight. Episode 19 and tensions exploded more than normal with 1.261m watching the action ringside. That is down a little from the 1.34m watching on Tuesday last week.

Travel Guides saw the jetsetters in Argentina with all groups scoring the experience 4 out of 5. The episode did 745,000 after 729,000 a week ago.

Lots happening on The Project with Waleed Aly in Vietnam and Dilruk Jayasinha in the studio. Hamish Macdonald reported on George Pell and the show interviewed Guardian reporter Melissa Davey. The episode was on 457,000 after 448,000 on Monday.

The return of Ambulance Australia then did 379,000, well under the 582,000 metro overnight number the series launched with last year.

7.30 devoted the episode to reporting on the George Pell conviction with reporter Louise Milligan the first guest and the show also previewed a Four Corners episode Milligan will present next Monday. The episode later spoke with reporters Joanne McCarthy and David Marr about the case. The episode did 610,000 after 579,000 on Monday.

Foreign Correspondent followed on 468,000 and then the final episode of Catalyst for this season did 334,000.

A new episode of Insight attracted the biggest SBS audience of the night on 214,000.