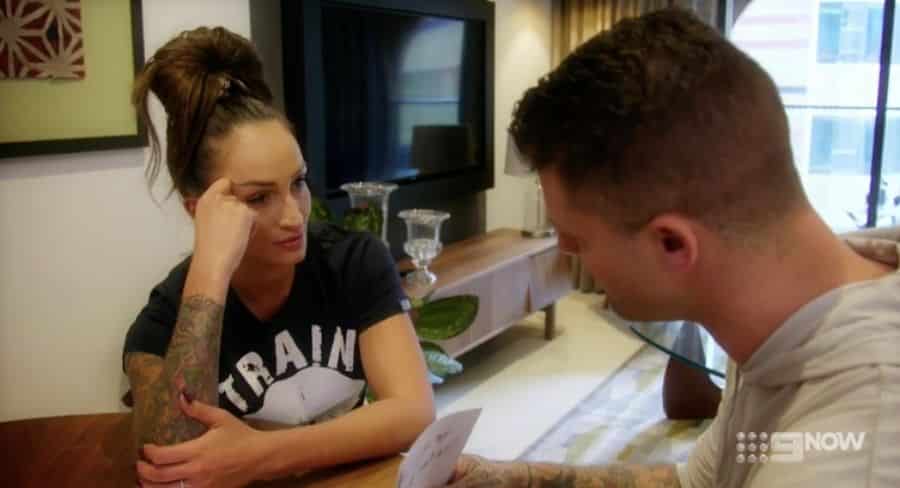 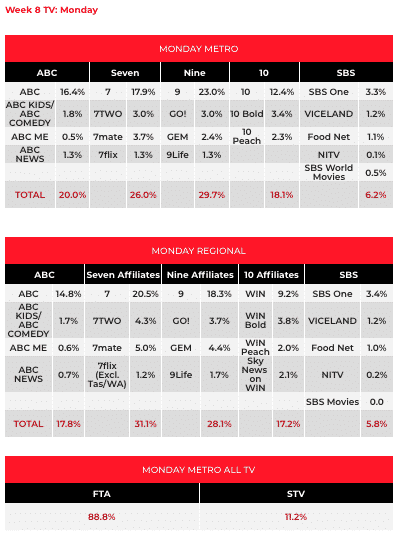 Married at First Sight continues to be a TV ratings powerhouse for Nine with the show yet to fall under 1 million metro viewers in 2020. Last night was no different with 1,091,000 tuning in to see the first night of intimacy week, as Poppy and Luke were the first couple to call it quits.

MAFS 7:30 pm slot domination helped Nine to another strong overall night with the top primary channel share of 23.0% and the top network share of 29.7%. The network was also helped by the strong performance of A Current Affair which had 749,000 metro viewers.

Seven will be glad to see an uptick in viewers for MKR: The Rivals which got over 500,000 metro viewers which is an increase from last Monday’s performance of 439,000. This was the first episode of the week due to the Fire Fight Australia concert airing on Seven Sunday night.

Ten has continued its steady 7:30 pm performance once again falling behind MAFS but comfortably topping MKR producing 613,000 metro viewers and yet another classic Survivor blindside which is becoming a common occurance of this All Stars Season. The episode also had the biggest 25 to 54 audience of the year.

The Project also performed well for 10 last night with 509,000 viewers tuning in before Australian Survivor.

The ABC had a very strong night almost nabbing the second best primary share of the night with 16.4%. This was thanks to its strong top 10 line up of:

SBS had a 3.3% primary share and a 6.2% network share with Planet Expedition and Michael Mosley: Trust Me, I’m a Doctor featuring in its prime time slot. 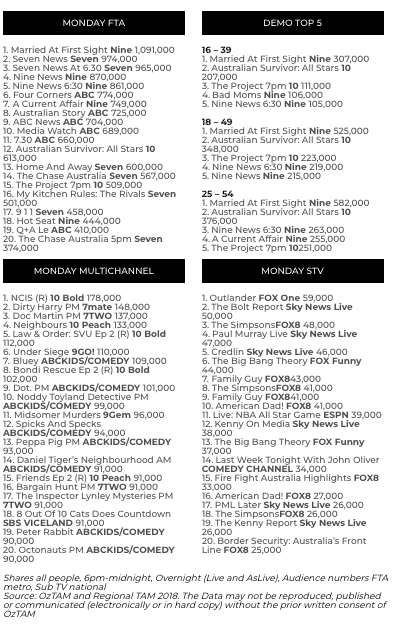