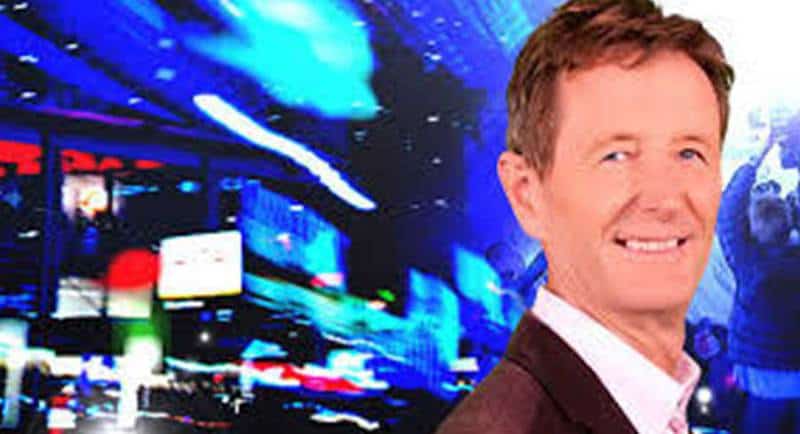 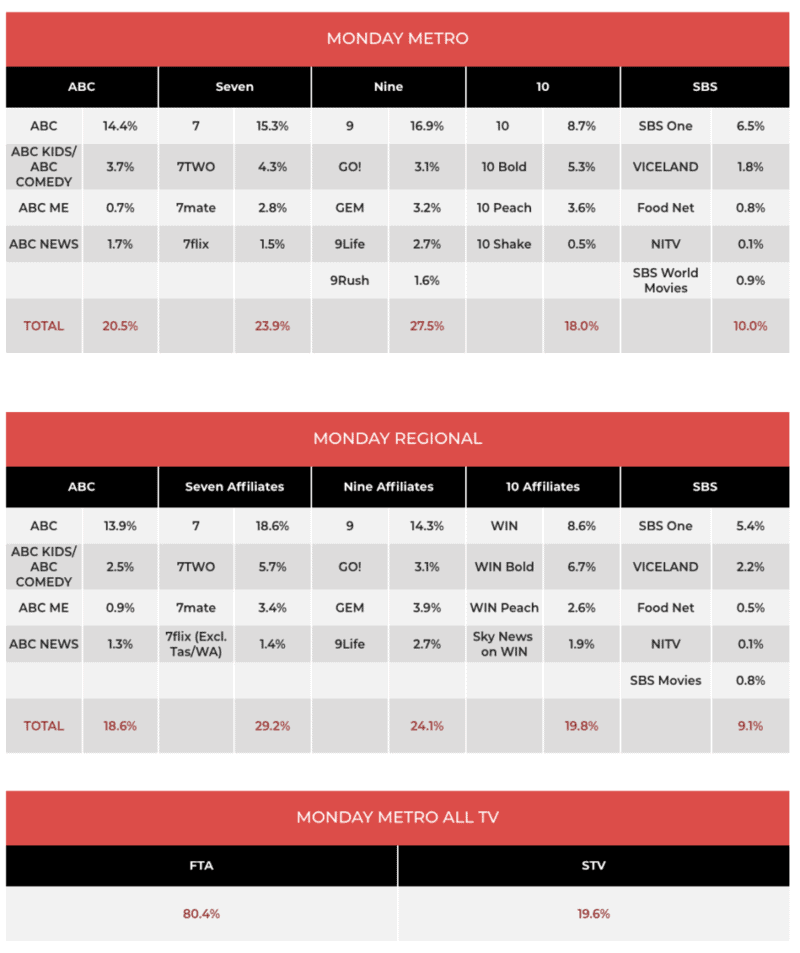 Nine ranked #1 with its combo of Nine News, A Current Affair and Gold Coast Cops helping attract the biggest audience. Much of the rest of the night on Nine was taken up with 1984’s Indiana Jones and the Temple of Doom.

Seven’s only entries in the top 20 were for Seven News and the 7pm’s Better Homes and Gardens Summer.

10’s best were The Project and a replay of All Aussie Adventures later at 8.30pm.

Making the list of the top 10 programs was the final episode of ABC’s Media Watch for the year with 445,000 watching as the program finished with a summary of word of the year nominees. Another season final on the ABC was Australian Story with 526,000. 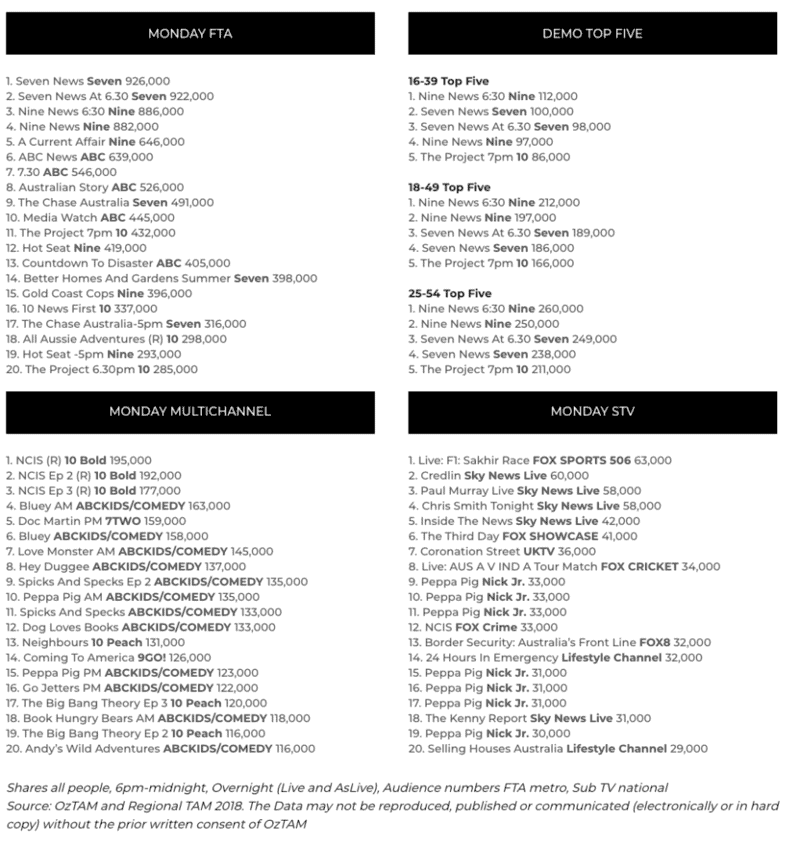