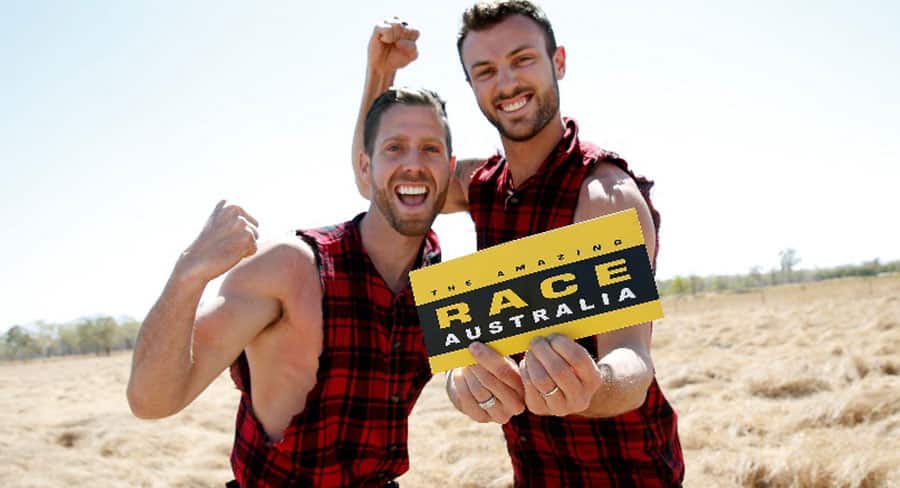 Network 10’s last major franchise of the year wrapped last night. Indeed, it was the last 7.30pm franchise on any of the commercial networks for 2019.

The final episode of The Amazing Race helped lift 10’s share and it finished a winner in the key demos and a competitive third all people.

After 23 days of racing around the globe, Newcastle newlyweds Tim and Rod were crowned the winners of The Amazing Race Australia, beating 10 other teams and taking home $250,000 prize money.

When The Amazing Race Australia began, 11 teams started in South Korea and then visited Vietnam, Mongolia, Africa and Thailand. The final three teams eventually returned to Australia in the last episode, visiting the Northern Territory. Also featured in the final episode was News Corp’s NT News with the teams looking through copies for an Amazing Race headline.

The teams then flew to Katherine and had to parachute out of the plane. Viv and Joey avoided the jump though because of changing weather conditions.

At the end of the episode Tim and Rod were the first to cross the finish line ahead of Jasmin and Jerome while the other eliminated couples watched on.

Seven News was Tuesday’s #1 but Seven’s next best in primetime was the ob docs Border Security: International on 341,000 and Border Patrol on 322,000.