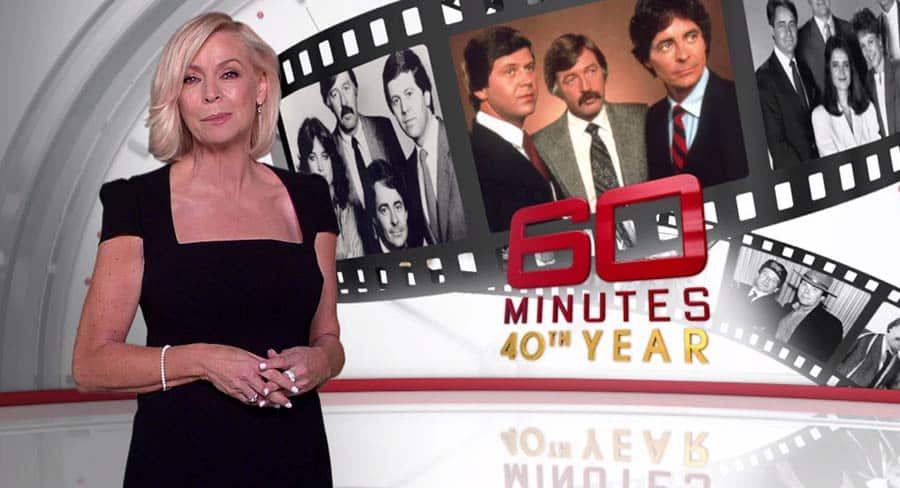 The first night of summer schedule for 2018/19 sees Seven and Nine still close together.

The 6pm news bulletins were locked together before Sunday Night slipped behind at 7pm with a repeat episode going head-to-head in that slot with 60 Minutes for possibly the first time this year.

The first full day of ratings for the new 7Food Network were for Sunday, the second day the channel has been on air. (It launched at 6am on Saturday.) It had a primetime channel share of 1.1%, which took it close to SBS Food on 1.3%.

The 7Food Network audience is still very small of course, with the biggest Sunday attraction its first Sweet Tooth night with the shows Cake Wars and Cupcake Wars.

The 40th anniversary special of 60 Minutes made for compelling viewing as it chronologically went through the archives from episode one in February 1979. All of the original reporters were brilliant contributors to the special as was founding executive producer Gerald Stone. The current team did well too with their insights, particularly Liz Hayes and Charles Wooley. The program easily won the 7pm timeslot with 777,000.

Nine then programmed a replay of Blue Planet II, which also did well on 527,000.

More Monty Python fun with Michael Palin joining The Sunday Project in what must have been one of the best interviews of the year on the show – including many of the superstars the show has jetted around the world to secure. The episode did 357,000.

The channel’s best audience of the night was for The Graham Norton Show with 366,000 watching another entertaining episode that featured  Steve Carell, Dawn French, Michael B Jordan and Ruth Wilson.

The Grand Designs franchise continues to deliver on two nights a week for the channel.

It delivered the channel’s biggest audience of the night with 402,000 watching the self-building in the city mini series.

Sherlock was back in the 8.30pm slot with 367,000 watching a repeat of the first episode of series four.

An episode of Civilisations did best with 161,000 followed by a repeat of Vikings Uncovered on 157,000