• Nine won the evening with its ob-doc triple play of RBT, Paramedics and Kings Cross ER. 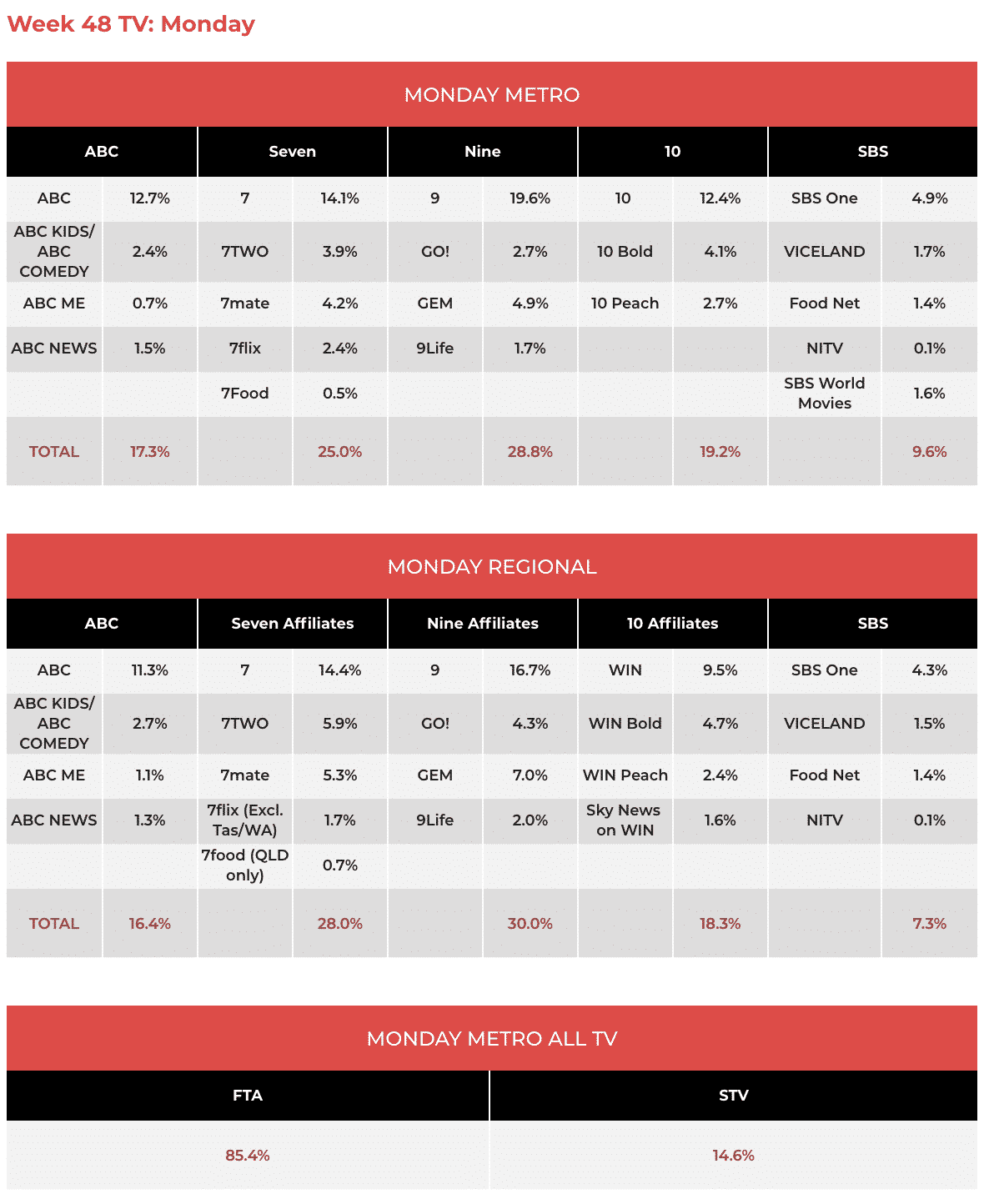 An early end to the cricket was not the news Seven wanted last night. Australian winning is always preferred, but taking their time over five days is better for ratings.

Nine won the evening with its ob-doc triple play of RBT, Paramedics and Kings Cross ER.

Most viewer interest at 10 was on The Amazing Race with 611,000 watching the final three being decided. The series final screens tonight with the only episode to be played out in Australia.

The refresh at 6pm was very lowkey in each local market, except for Sydney weatherman Tim Bailey making a crack about what viewers won’t see on Seven or Nine. He was midway through a weather update as 6pm ticked over. The 6pm 30 minutes rated 252,000 with 73,000 in Sydney and 61,000 in Melbourne.

A brilliant story of courage and medical innovation drew 567,000 to the ABC’s Australian Story.

A fascinating episode of The Royal House of Windsor did 216,000 for SBS.