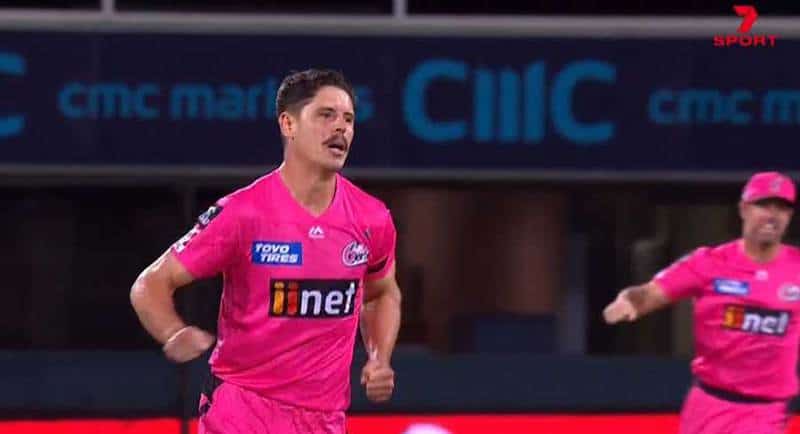 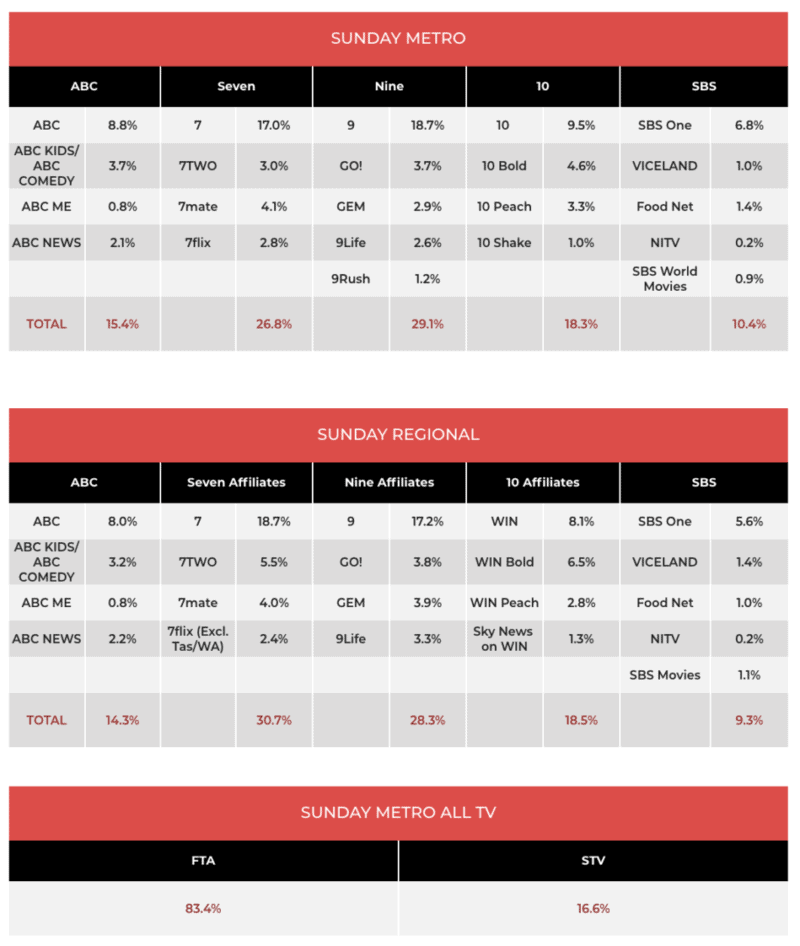 Nine has managed to win the night for a second consecutive evening up against Big Bash League cricket on Seven.

Seven’s evening of Big Bash League cricket was hobbled by a terrible batting performance from the Melbourne Renegades who lost their match by the biggest BBL margin ever. The first innings of the cricket was close to 400,000, but for the run chase the crowd dropped to under 300,000.

10 managed to get two programs into the top 10 – The Project which featured Adam Hills live from lockdown, and The Graham Norton Show which included Jennifer Saunders. 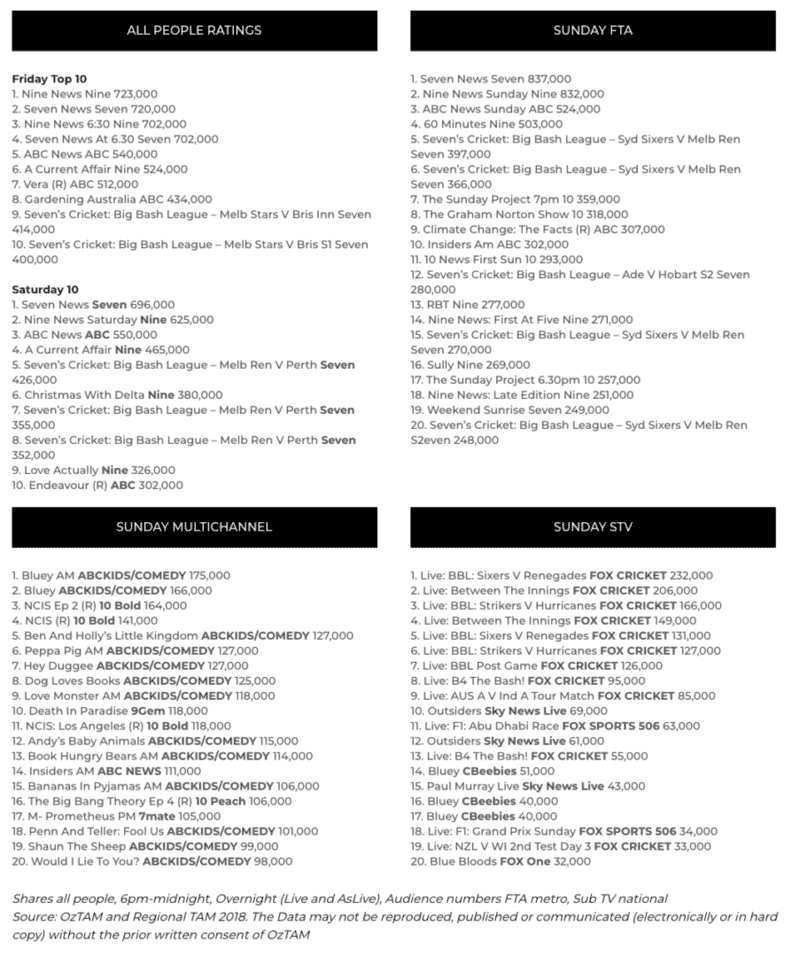