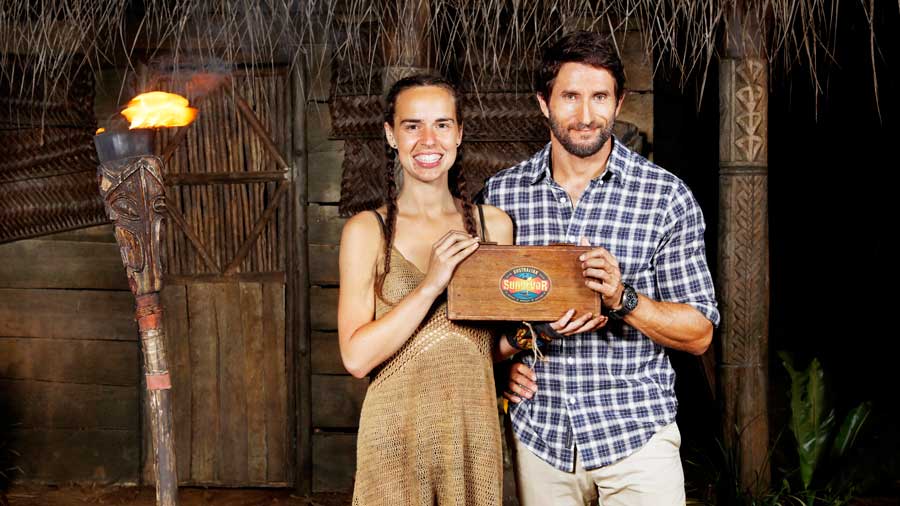 The battle of the reality formats

In the battle of the reality formats last night, Nine’s The Block pulled the biggest average audience, but TEN’s Australian Survivor finale made it over 1m for the winner announcement at the end of the close to two-hour episode.

Nine won Tuesday with 18.6% with strong support from Nine News and A Current Affair.

TEN was just over a point behind in second spot with the sweetest demos and the amazing story of Kristie Bennett and how she managed to blindside her competitors and the audience to emerge the winner after 26 episodes that took Endemol Shine 55 days to film in Samoa. She survived 20 tribal council votes and turned on a Survivor masterclass before the jury vote.

Seven was just 0.1 of a point behind TEN with two ob docs filling the 7.30pm slot and then two episodes of Cold Feet screening back-to-back.

Seven had the biggest combined channel share partly driven by 7TWO on 4.6% with the movie Red on 223,000.

The weekday soap set in Summer Bay was again just over 700,000 which is the happy place for Home and Away these days.

Two episodes of Cold Feet had been in the schedule longer with the boys in all sorts of trouble – David and Adam worked on Pete’s depression and then David facing another divorce. The first ep did 417,000 and the second 352,000.

The Block featured work continuing on the challenge apartment and despite the Survivor finale the show still averaged over 900,000.

Unreal Estate was down 150,000 week-on-week with 522,000 watching grand mansions including the Adrian Swift family mansion in Darling Point.

The Project was just short of 600,000 with Shaun Micallef causing mischief toward the end of the episode.

Australian Survivor again delivered big time in what will be a very hard season to improve on. The final immunity challenge was the ultimate test of endurance with Lee and Kristie facing off for six hours on the edge of a rockface with waves crashing across them. It must have been something of an endurance test too for the crew capturing the highlights across those six hours. The looks on the jury faces were priceless when Kristie strode into the penultimate tribal council with the immunity necklace. Family members appeared twice during the finale to great effect.

The season highlight in a series of very memorable moments will have to be the final tribal council when Kristie revealed very carefully how she strategised to get to the final two. The jury was well impressed and every one of them voted for her with the exception of Lee’s new girlfriend El.

Network Ten chief content officer Beverley McGarvey said this morning: “We are very pleased with the performance of the first season of Australian Survivor and delighted that 1.45 million people (metro + regional) tuned in to watch Kristie Bennett’s well-deserved win in last night’s extraordinary Grand Finale. Our 24 tribemates played the game with passion and enthusiasm, and brought a unique Australian twist to one of the best and most enduring reality television formats in the world. Jonathan LaPaglia did a fantastic job as host and we are thrilled that he will return to Australian Survivor next year.

“The response from critics and super fans to Australian Survivor has been overwhelmingly positive.The series increased our audience in its timeslot by 26% and it resonated strongly with Australians online and across social media. Our thanks to Endemol Shine Australia and Castaway Television, and we look forward to working with them on the exciting second season of Australian Survivor in 2017.”

Todd Sampson’s BodyHack followed with 471,000 watching the host head into the Himalayan mountains to work with Sherpas.

Catalyst looked at testosterone with 514,000 watching.

Insight then did 295,000 for an episode about what a tick bite can lead to.

Dateline was then on 225,000 for an episode about the Philippines president called Getting Away with Murder.