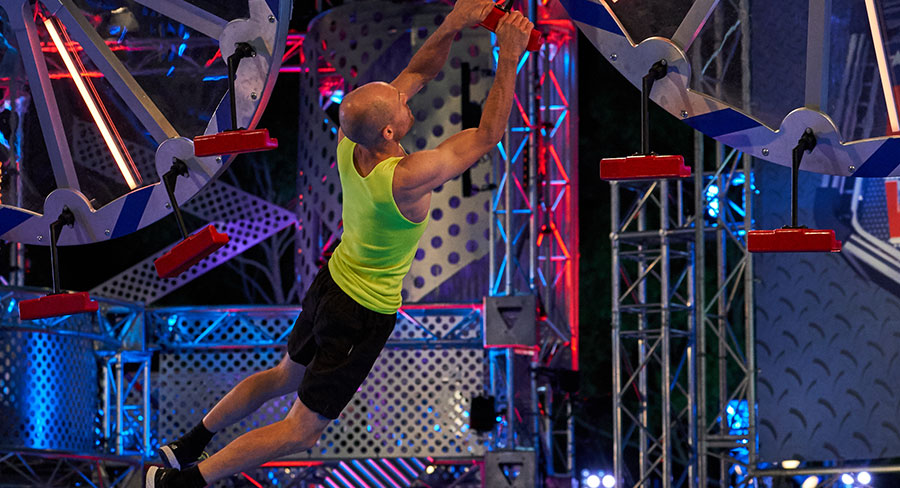 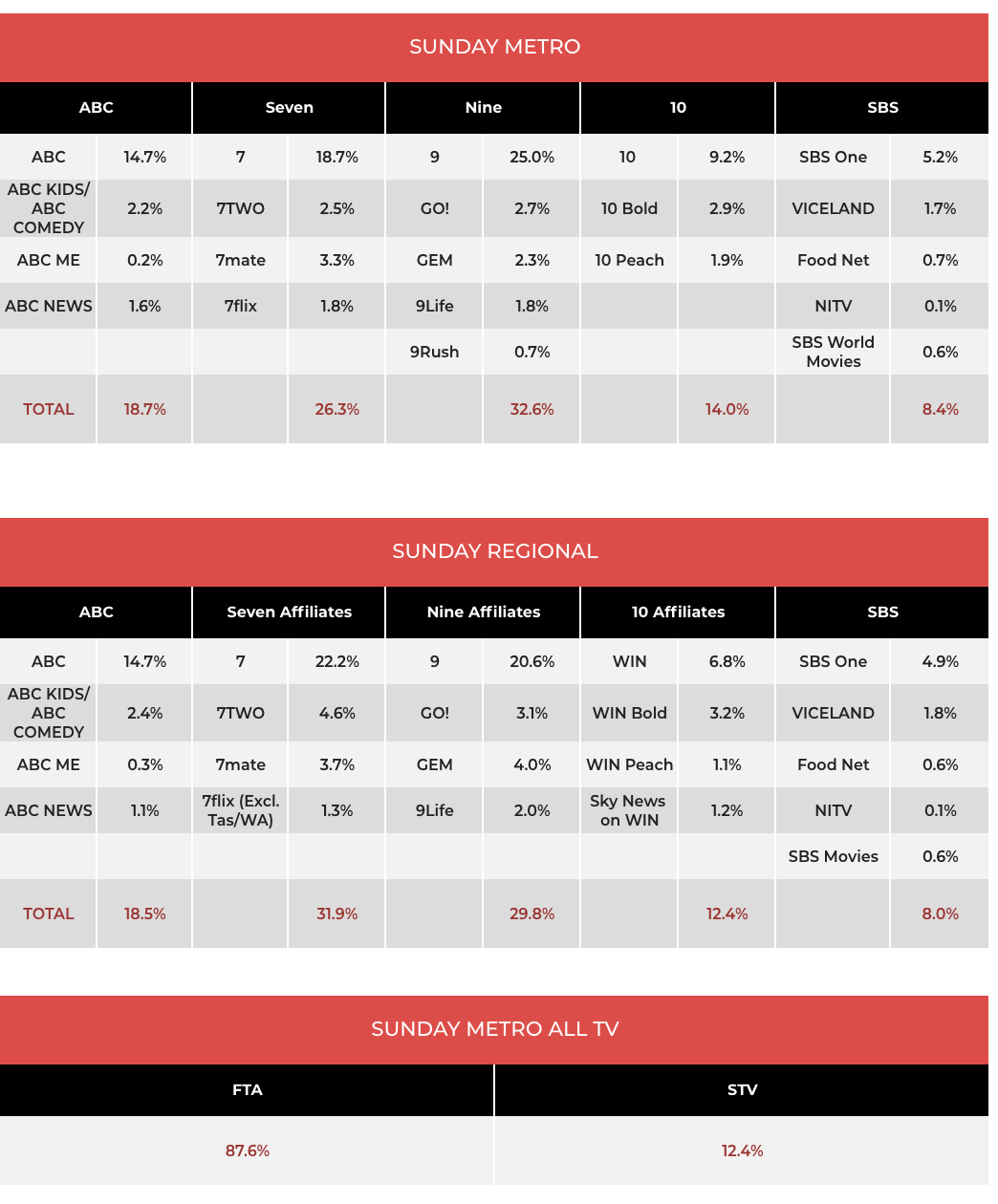 Seven: On Farmer Wants a Wife one of Harry’s girls wanted out after the farmer claimed he’d heard a rumour she had formed a bond with a crew member. As the series enters its third week most of the girls are still living on the farms. Just one departed last night, although another went close. The episode did 814,000 after 902,000 on Sunday last week.
A Sunday crime special was a look at the Anita Cobby case with 297,000 watching.
Between Two Worlds slipped later in the night with 171,000 watching the episode Andrew Mercado reckons is the one to build an audience. Pity it was on so late. In an earlier timeslot last week the series did just 279,000.

Nine: Third consecutive Australian Ninja Warrior Grand Final for contestant Olivia and she finally made it through GF stage two, the first woman to do so. Olivia was ranked sixth of the eight Warrior’s through to stage two. The action last night sets up a tantalising final episode with fans anticipating just which one of the eight will scale the mountain. The first part of the Grand Final did 1,098,000, the biggest audience of the season so far after the series launched with 1,040,000.
60 Minutes followed with 613,000 which added to Nine’s Sunday dominance.

10: The final of Bachelor in Paradise didn’t crack half a million, but it got close with the reveal of the winner doing 480,000. The first part of the series finale did 414,000. The numbers were strong enough under 50 to rank the show #2 in that demo behind Ninja Warrior.

Bachelor in Paradise did navigate the primary channel through the gap between MasterChef and The Bachelor/The Masked Singer both of which start this week.

Daniel Monaghan, Network 10’s head of programming, said this morning: “Love, fun and just a hint of scandal in the tropical sun proved a winning combination for Bachelor In Paradise again this year. We’re delighted with how the show performed. This series’ overnight audience was up 7% on 2019, it ranked #1 in its timeslot in under 50s, and it flooded social media whenever it was on air. It also totally dominated all BVOD viewing during its run and has become 10 Play’s #1 show so far this year.

“Bachelor In Paradise was the perfect set-up for the great content still to come on 10 this year, including the new season of The Masked Singer Australia – starting tonight – the new The Bachelor Australia with Locky Gilbert on Wednesday night, Junior MasterChef, The Bachelorette Australia and more.”
Earlier in the night The Project 7pm was on 439,000. 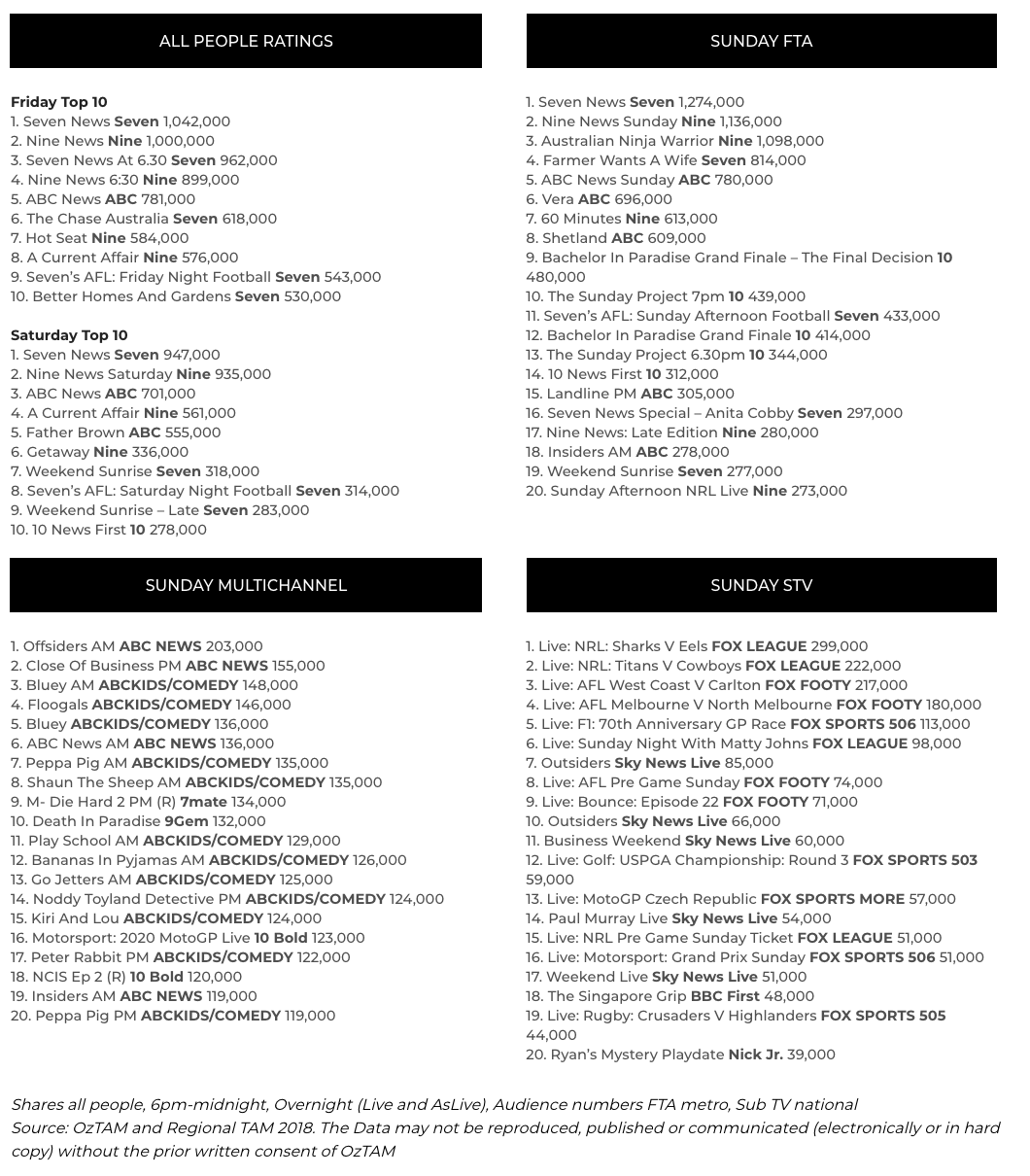