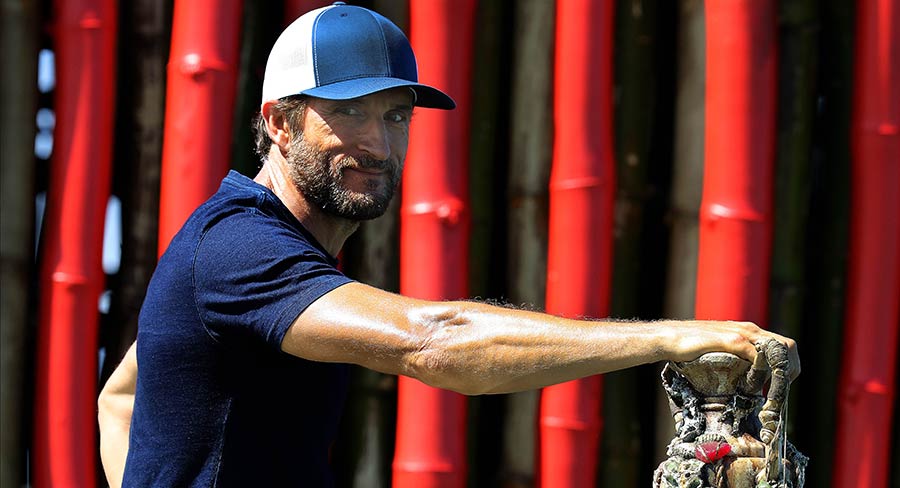 Home And Away had its smallest audience of the week with 613,000.

The Front Bar had a strong night with a network audience of 362,000 and a massive 274,000 in Melbourne. The episode, which attracted the biggest audience this year, featured special guests Bob Murphy, Simon Black and Luke Darcy.

Reporter Dan Nolan filed a special report on the drought on A Current Affair for the audience of 738,000.

The AFL Footy Show took a hammering again last night from The Front Bar with an average audience of 139,000 in Melbourne, which was close to half the number watching what must now be Seven’s most successful footy entertainment show. Pointless did just 222,000 for the channel toward the end of its second week.

The Project then did 279,000 and 502,000. Guests included Jamie Oliver and Ed Oxenbould plus Peter Helliar visited Russell Coight on location.

Episode two of Australian Survivor saw the Champions head to tribal council for the first time. Aussies don’t like a loud mouth or a show off, so it was perhaps no surprise that the much hyped US Survivor superstar Russell Hantz was sent home at the first opportunity they had to vote. It reminded some viewers of the brief appearance of Anthony Mundine on I’m A Celebrity earlier this year. The second Survivor 2018 episode also performed for TEN with 615,000 watching, which gave it wins in total people and key demographics.

It’s not often Michael Portillo gets moved out of 7.30pm Thursday. However, he has lost that slot to Sir Tony Robinson for three weeks with the arrival of Britain’s Ancient Tracks. The first episode did 335,000. (Portillo’s Great British Railway Journeys is on Wednesday nights at present.)