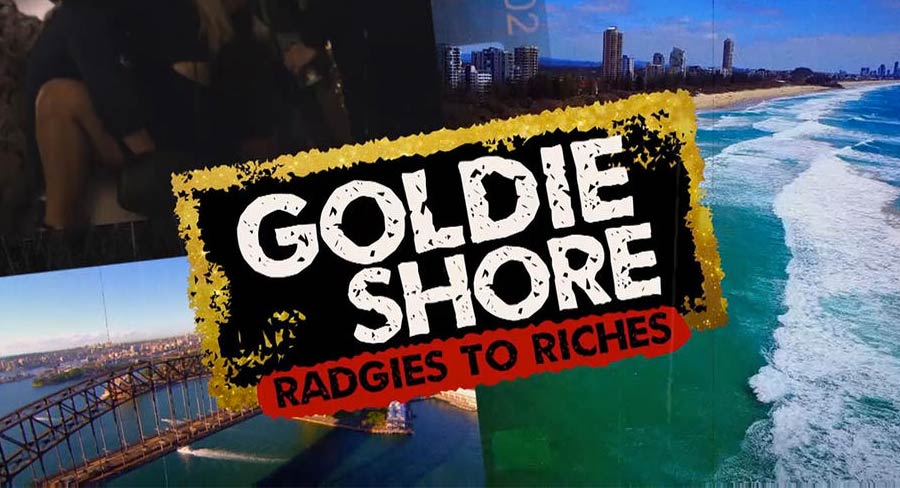 The eight-episode series follows The Goldies’ journey on Geordie Shore.

Foxtel and MTV Australia have announced a brand new spinoff short-form series, Goldie Shore: Radgies to Riches featuring the four Aussie housemates who made a splash on the international reality sensation Geordie Shore.

Available to stream on Foxtel on demand for a seven-day exclusive before launching on MTV, the local content initiative Goldie Shore: Radgies to Riches is the story of what happens next for Goldies – Dee Nguyen, Nick Murdoch, Alex Macpherson and Chrysten Zenoni – after last night’s season 17 finale.

The eight-episode series follows The Goldies’ journey on Geordie Shore, with highlights from every party, press opportunity and red carpet in their quest to find fame and fortune. From A-List events, to exclusive photo shoots, an epic press tour and a run-in with Kyle Sandilands, the series follows The Goldies as they get a taste of what it really means to be a star.

Stephen Baldwin, director of Foxtel Networks & On Demand, said, “Foxtel is excited to deliver this exclusive streaming content for fans of the reality show juggernaut, giving an extra special behind-the-scenes journey off the back of the local Aussie presence in the cast. Available only On Demand, this content play is one of many evolutions to the way we offer viewing and experiences to our subscribers.”

Simon Bates, VP Head of MTV APAC, said, “Moving into its 18th season, the Geordie Shore phenomenon has well and truly captured Australian fans. We wanted to give Australian audiences even more insight into the Australian cast and their journey as Goldies. Radgies to Riches will give viewers full fly-on-the-wall access to see the perks and the perils of being a reality television star and will be filled with the ups and downs newfound fame brings to Dee, Nick, Alex and Chrysten.”

Goldie Shore: Radgies to Riches premiered August 1, streaming exclusively On Demand on Foxtel and available on MTV from August 8.