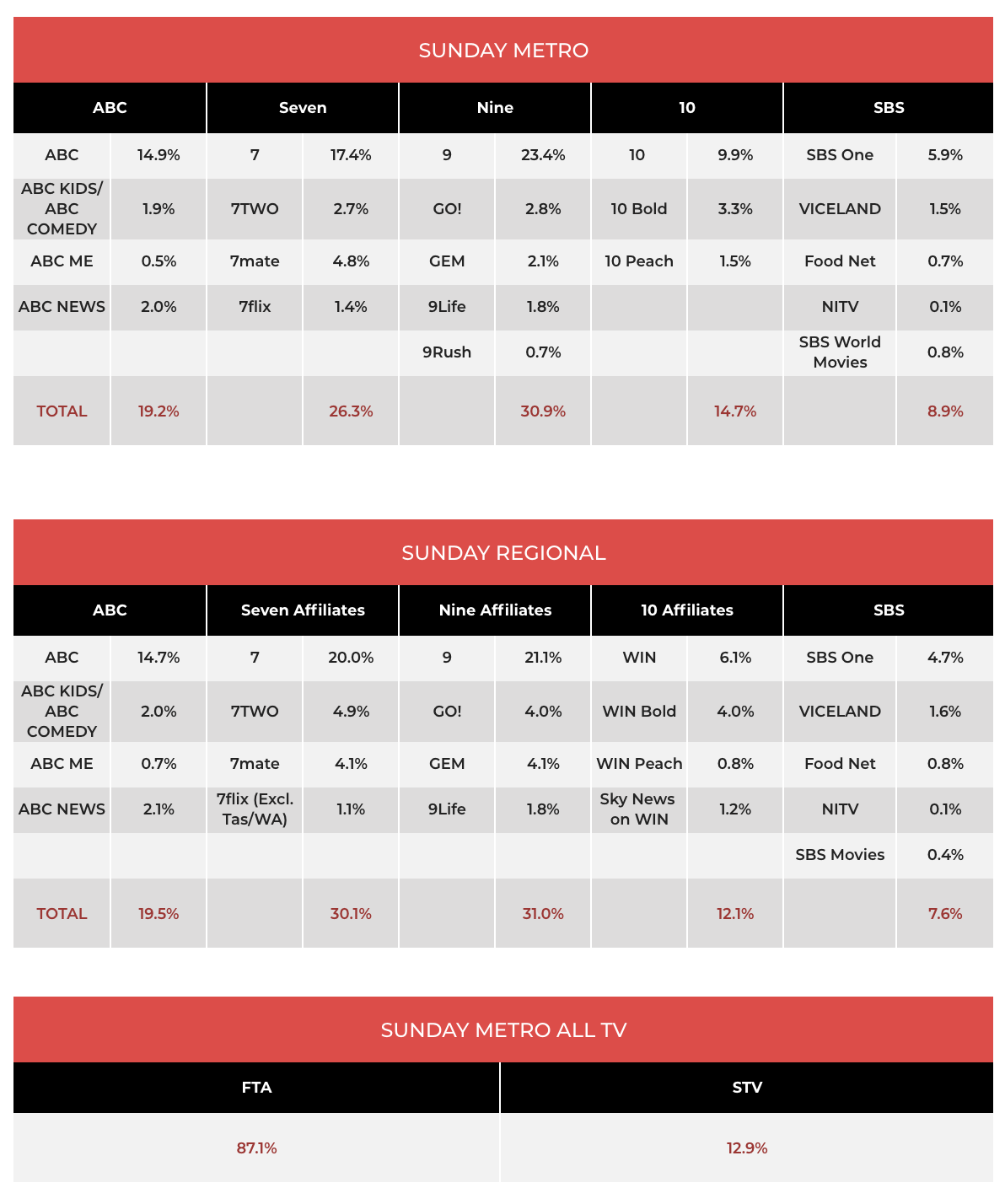 Seven: Seven News pushed above 1.2m again with a national metro win and a smaller lead of 6,000 over Nine in Sydney.
Farmer Wants a Wife dropped just over 10% week-on-week after launching with 908,000 a week ago. The viewers who didn’t return missed some classic reality TV manoeuvring between Farmer Harry and his on again, off again, on again and then off again relationship with Madison.

Nine: The primary channel and the network were well clear of all comers last night as Nine recorded its second consecutive Sunday win just after the channel broke Seven’s weekly winning streak.
Nine News was a winner in Melbourne with the audience close to 450,000.
Australian Ninja Warrior then did 898,000, easily winning its timeslot and the key demos despite a dip of 14% from its launch audience last week of 1,040,000.
Also down week-on-week, but still winning its time slot, was the third on Nine’s winning trio, 60 Minutes, with 662,000.

10: Challenging couple of Sundays since the end of MasterChef with a second week on sub-10 shares for the primary channel. Despite that 10 is still able to claim #2 channel under 50.
Bachelor in Paradise was the channel’s best on 488,000 (up 12% week-on-week) after The Project 7pm just managed to crack 450,000.

ABC: The broadcaster had four shows in the top 10. ABC News was just short of 900,000.
A new season of Shetland got an early Sunday timeslot and an audience of 616,000.
Vera then did 637,000.
The surprise performer in the top 10 was an important press conference from Victorian premier Dan Andrews where he announced a curfew for the state. The crowd watching at 2.30pm Sunday afternoon was 575,000 as the conference replaced an episode of Back Roads.

SBS: Audiences of just under 250,000 watched SBS World News and then the Hiroshima doco The Day They Dropped the Bomb. 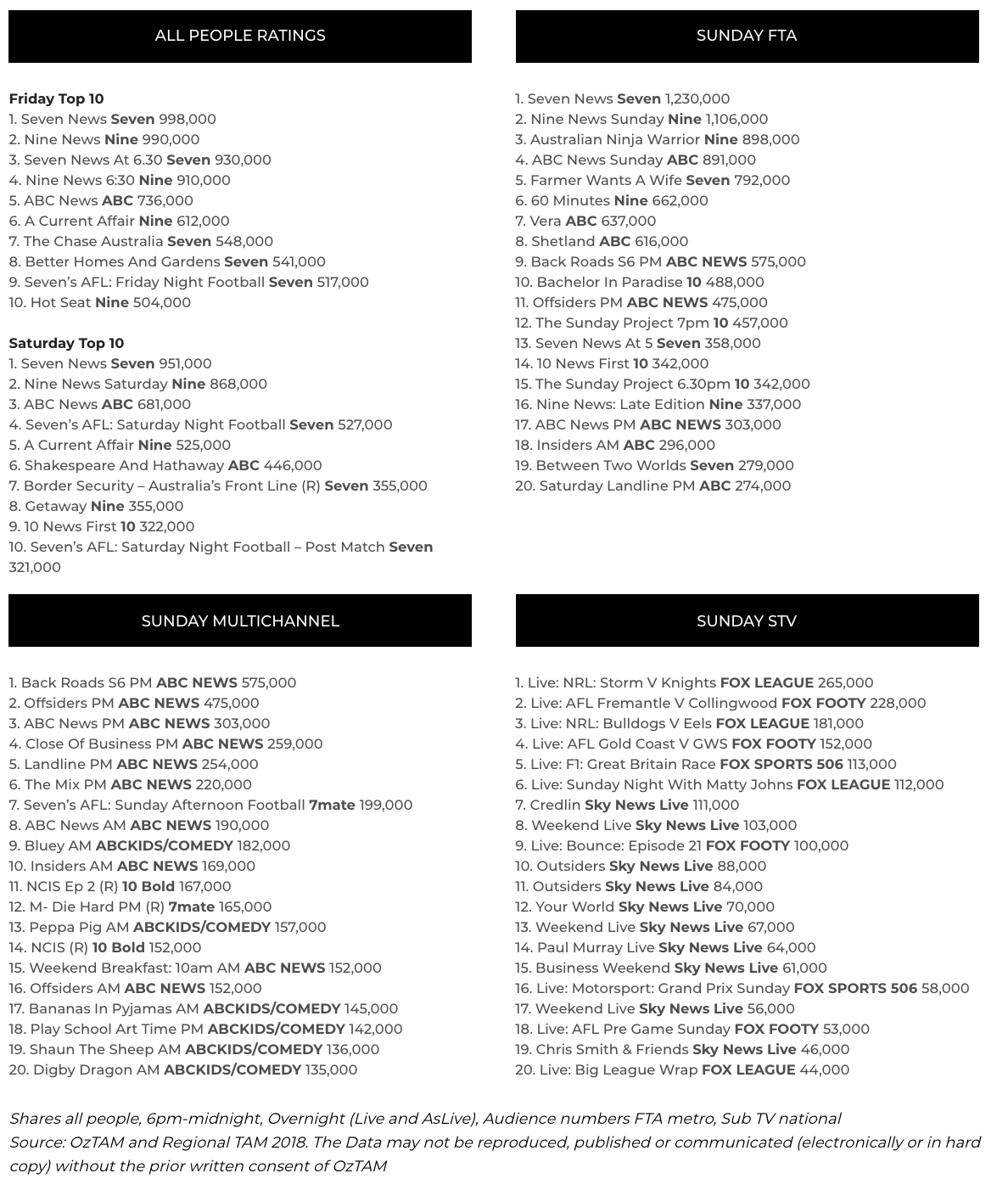