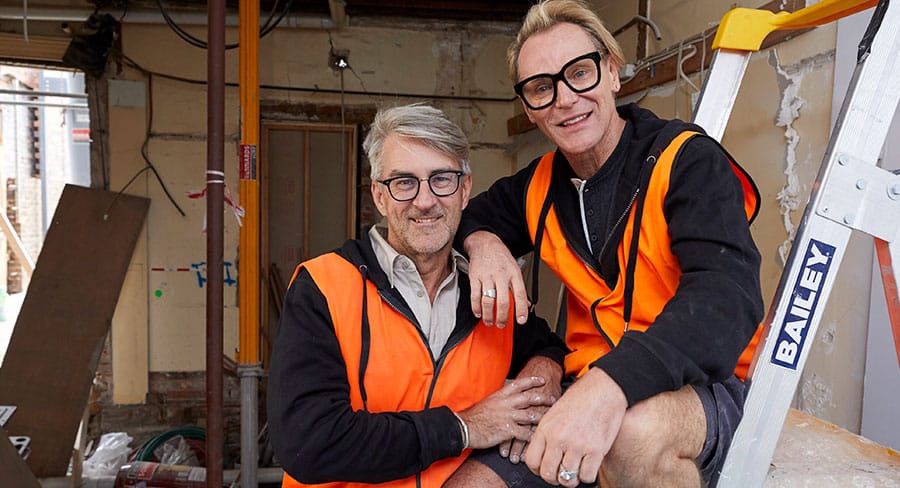 • Same Time Next Year’s amazing makeover – host and the guests 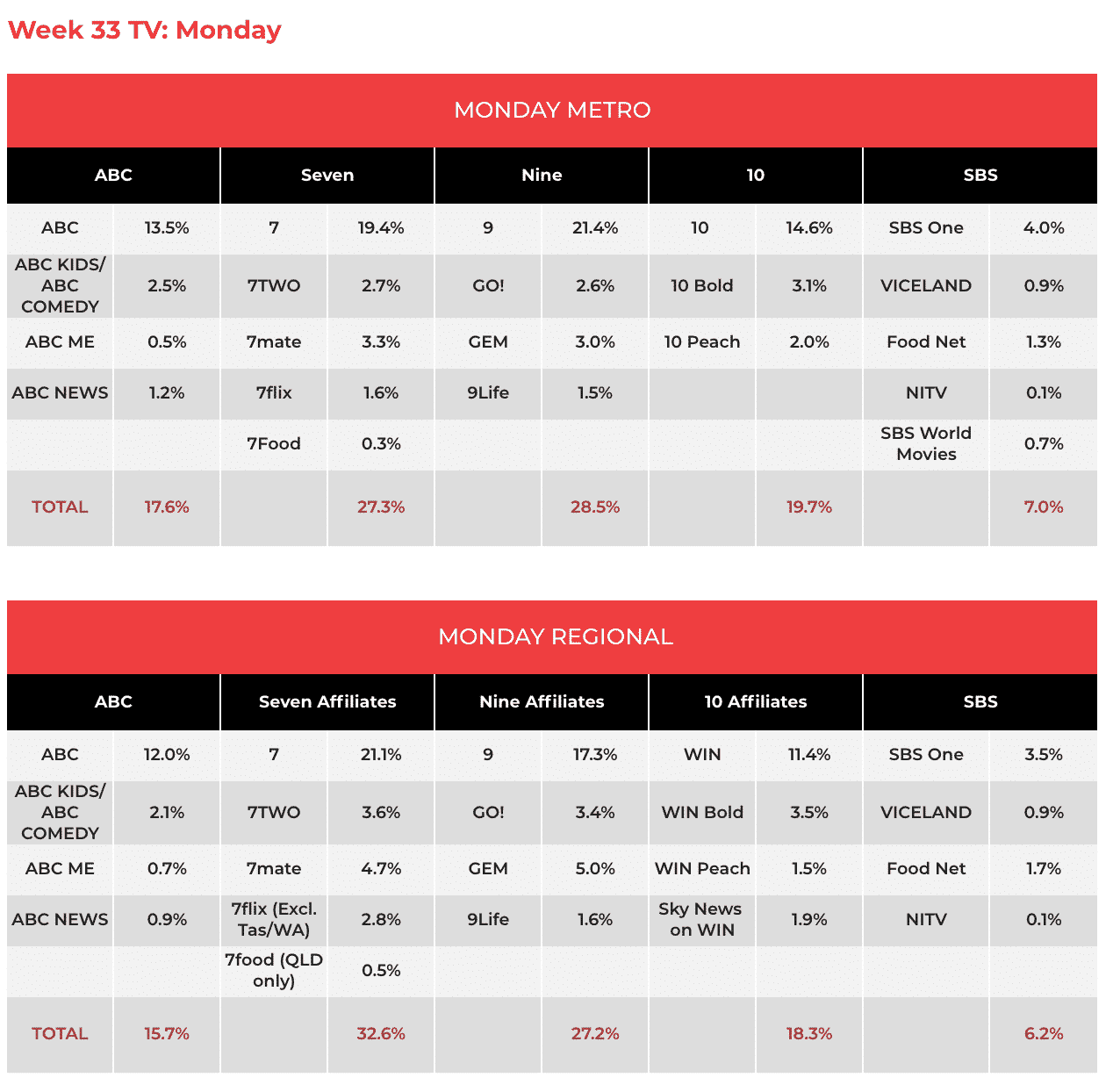 After averaging 727,000 last week, A Current Affair has begun its week on 819,000. The Monday episode revealed a major JB Hi-Fi pricing error the day it revealed a significant profit.

The Block started a new week of renovation and construction in luxury living week. The Monday episode did 842,000 after 855,000 a week ago. The show was way ahead in the timeslot.

The return of This Time Next Year featured stunning makeovers of not only the participants, but the host too! Karl Stefanovic looked well-rested and in control of the show that started with a fascinating story of a young woman vowing to overcome the symptoms of Tourette syndrome. The first night ratings indicate the audience still has plenty of time for Stefanovic with 686,000 watching making the program a timeslot winner.

AFL markets then saw Footy Classified with 116,000 in Melbourne.

There was more drama at tribal council again on Australian Survivor with a tied vote after the controversial contestant David played his immunity idol. Hannah was eventually voted after what she called “next level deception”. Although she also revealed her game plan was “crap”. The audience was on 711,000, close to last week’s 713,000.

The first episode of a two-part Australian Story investigation into unsuspecting drug mules did 604,000.

The second part of two weeks examining Brexit ended with Philip Williams on Boris and his Brexit plan. The audience was on 593,000.

Media Watch started with a look at media being targeted by police during the Hong Kong protests with 521,000 watching. 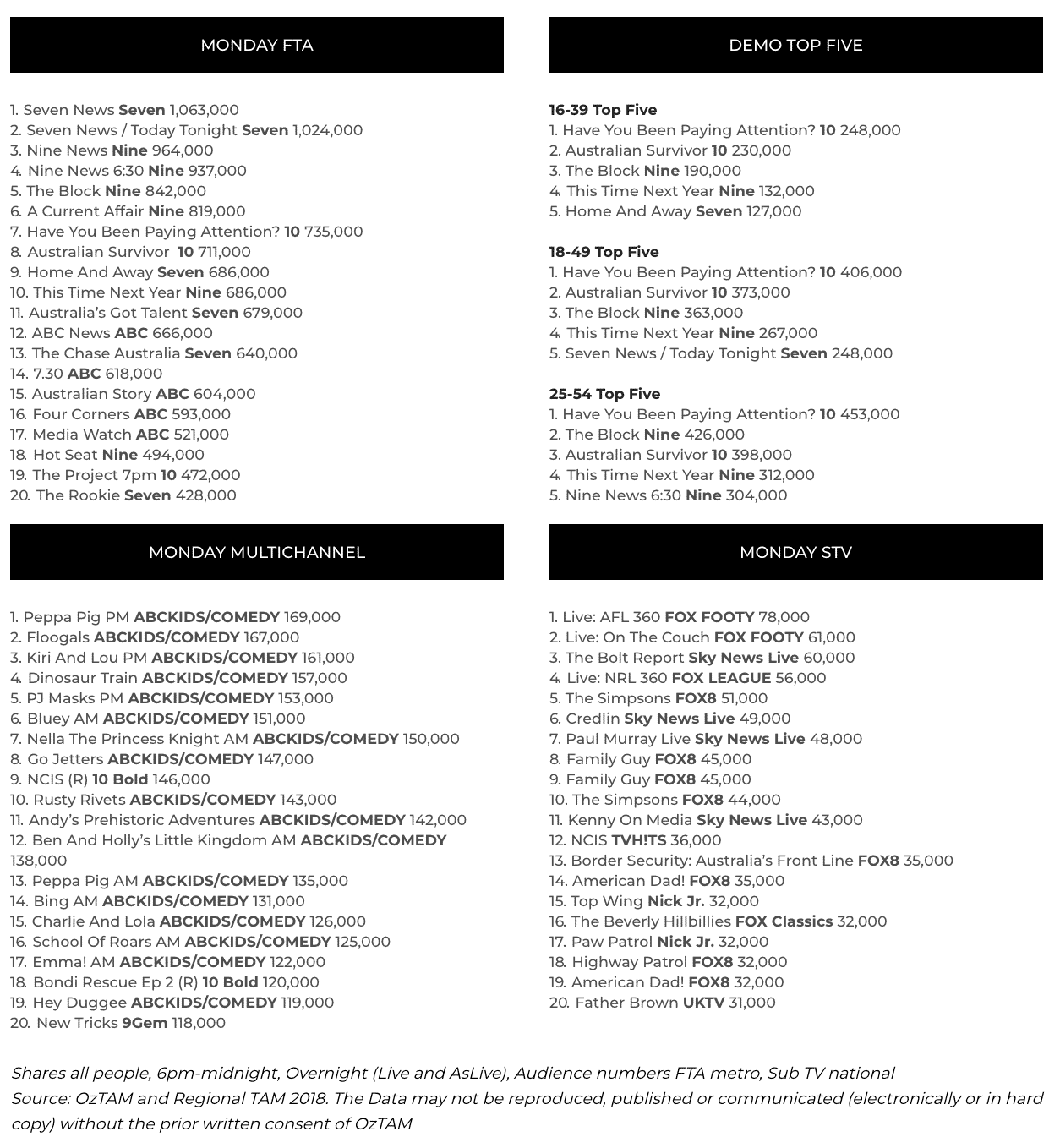