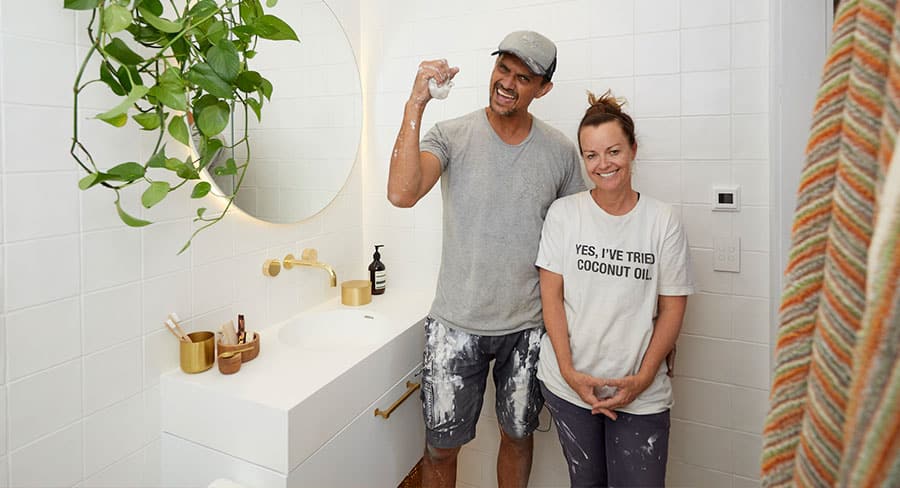 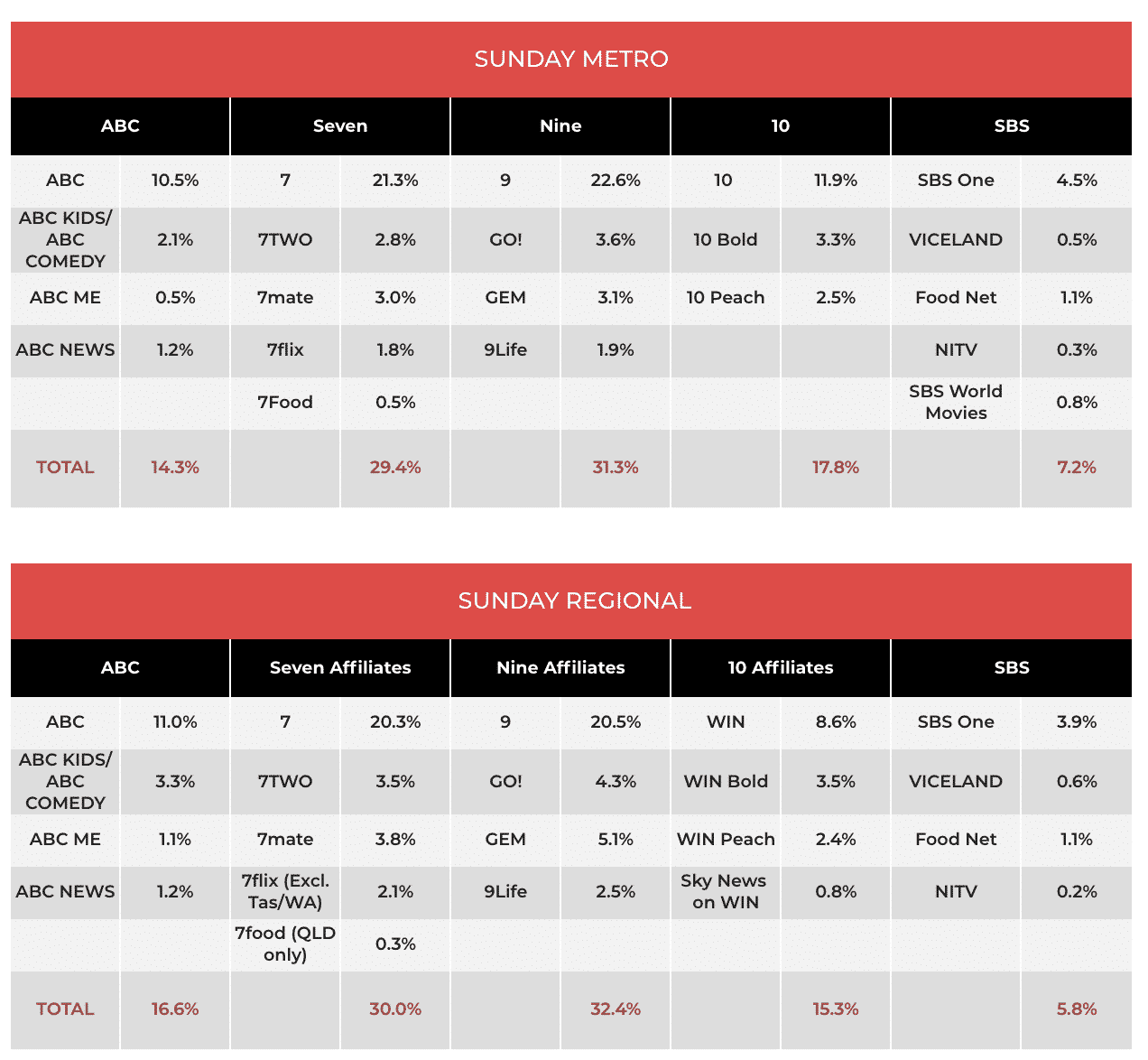 The Sunday afternoon AFL match between Richmond and Carlton helped Seven News at 6pm push above 1.23m with 322,000 in Melbourne.

The combo of the news and then Australia’s Got Talent kept Seven very competitive, narrowly trailing Nine in primary and combined channel share. AGT’s Sunday audience was 823,000 after 819,000 a week ago.

Sunday Night then did 439,000 after 556,000 a week prior. The reports last night included Alex Cullen with Penthouse model Simone Starr on Sydney’s underworld.

The Block started its second week with the reveal of the ensuites. The judge’s scores saw Andy and Deb narrowly in front of Mitch and Mark. The episode was just short of 1m, which was the biggest episode so far with 996,000 after 993,000 watched the launch episode a week ago.

60 Minutes also managed to have a story on a Sydney Penthouse model with underworld connections. The Liam Bartlett report managed to attract the biggest audience in the timeslot with 626,000. The audience for the ONJ feature hour a week ago was 687,000.

The Project was on 376,000 for its Sunday episode with actor/singer Ben Mingay a special guest and Tommy pranked Hamish on the autocue.

Australian Survivor had plenty of surprises including the wettest ever Australian Survivor challenge during an incredible rainstorm. After much wheeling and dealing, it was revealed there would be no elimination, but one of the tribes got to vote on whom they would like to steal. The audience was the best Sunday episode this season with 693,000. The episode was #2 under 50 behind The Block and ahead of AGT.

No final season of Poldark on Sundays, the new season starts on Saturday night on the channel.

The 8.30pm screening of the recent PBS Woodstock doco attracted the biggest audience with 173,000. The researchers did great work uncovering many festivalgoers, but the music was a little neglected during the two hours of interviews. 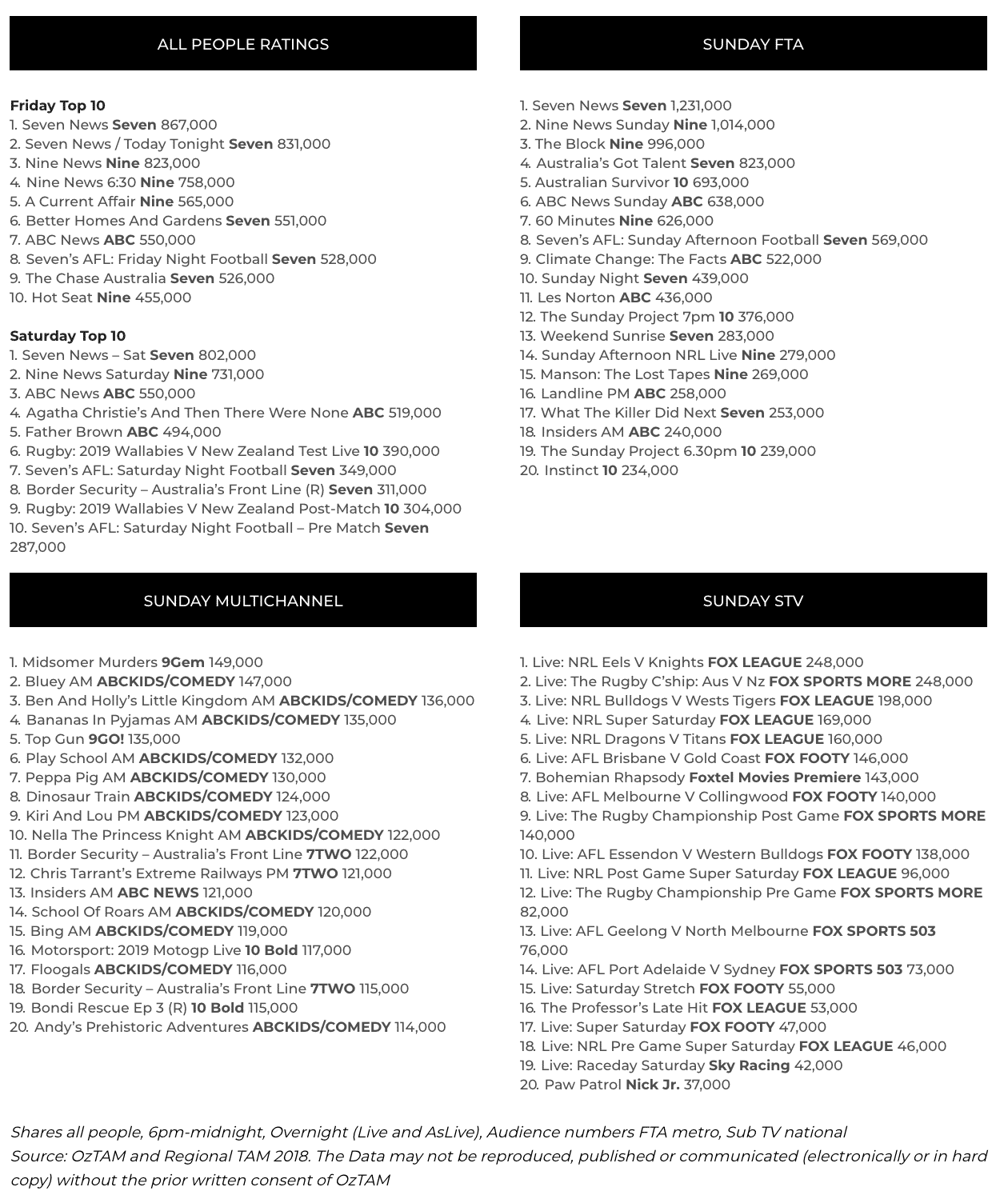