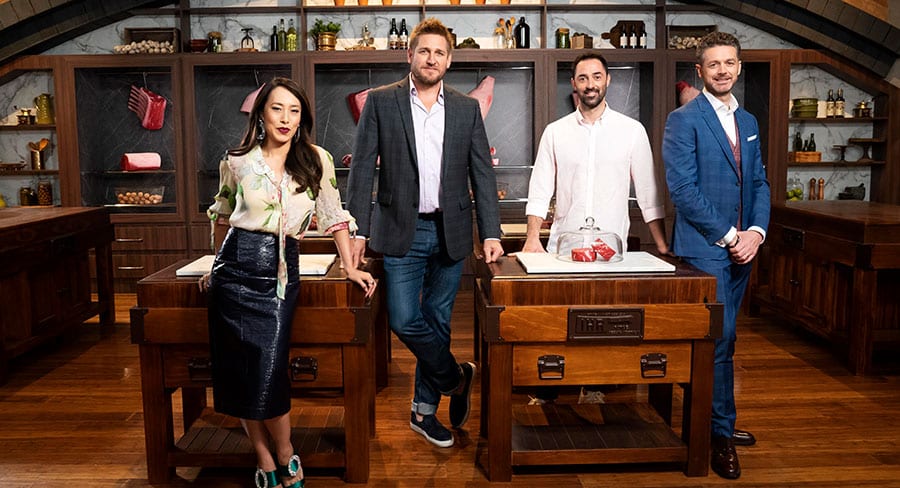 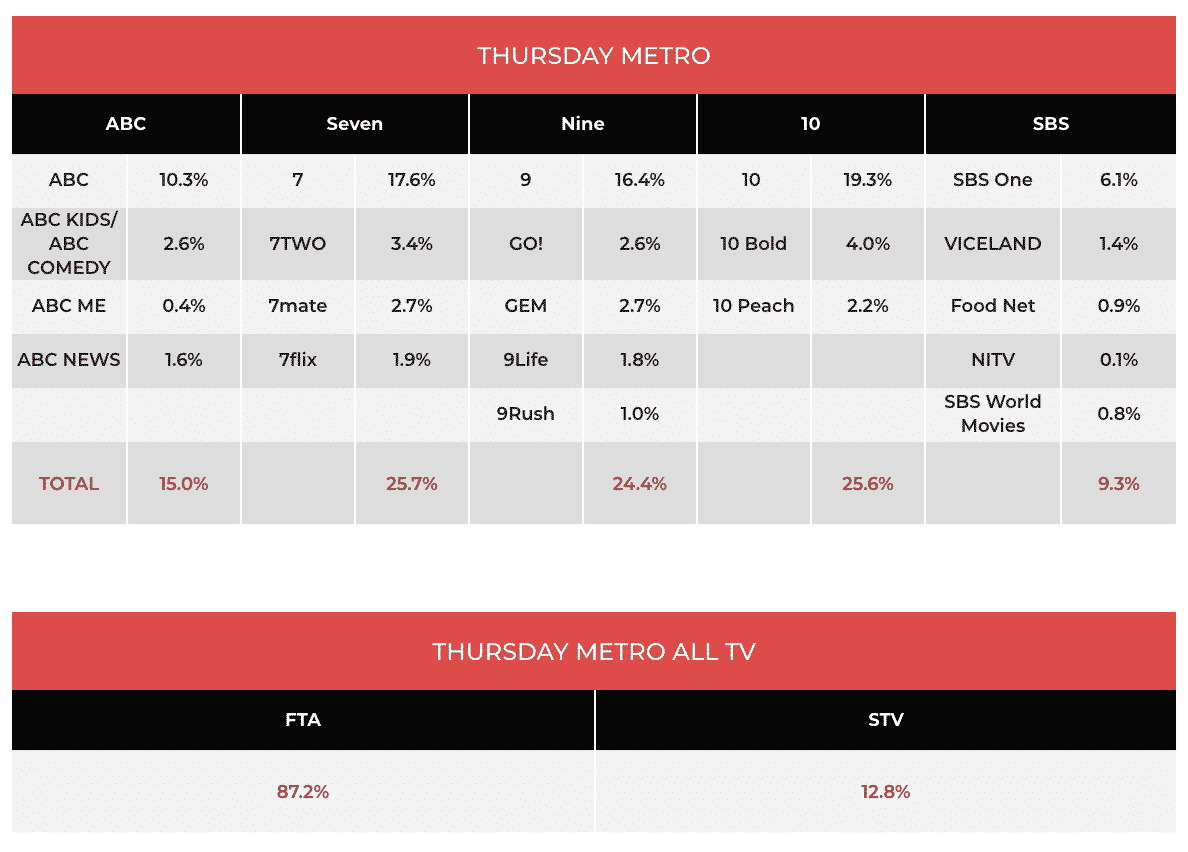 Seven: Home and Away slipped below 600,000 with 562,000 watching three episodes.
The Seven programmers then paid tribute to their departing magazine staff, playing The Devil Wears Prada at 8.30pm with 331,000 watching.

10: The Project had a good night, winning the 7pm slot posting growth in both halves with 438,000 at 6.30pm and 679,000 at 7pm.
An immunity challenge on MasterChef did not feature Poh! For once there were minor questions marks over all the dishes, but it was Jess who got the nod from the judges who were joined by guest judge Curtis Stone. It was an easy appearance for the now LA-based Michelin star owner who walked in, watched the food auction at the start and then judged the dishes at the end of the episode. No cooking needed so he was dressed in a shirt and jacket. The episode pushed over 1m again and helped 10 secure its third consecutive night over 17% for its best three-night performance this year. The channel share over 19% was also 10’s second consecutive winning evening and its third consecutive Thursday victory.
Gogglebox followed with the series final starting with the home critics looking at BGT, then Too Hot To Handle before ending on Anzac Day highlights which had some shedding a tear as it put current day hardships into perspective. The audience of 848,000 was the third-biggest crowd ever.

SBS: The first episode of World’s Most Beautiful Railway began a journey around Scotland with 313,000 watching. 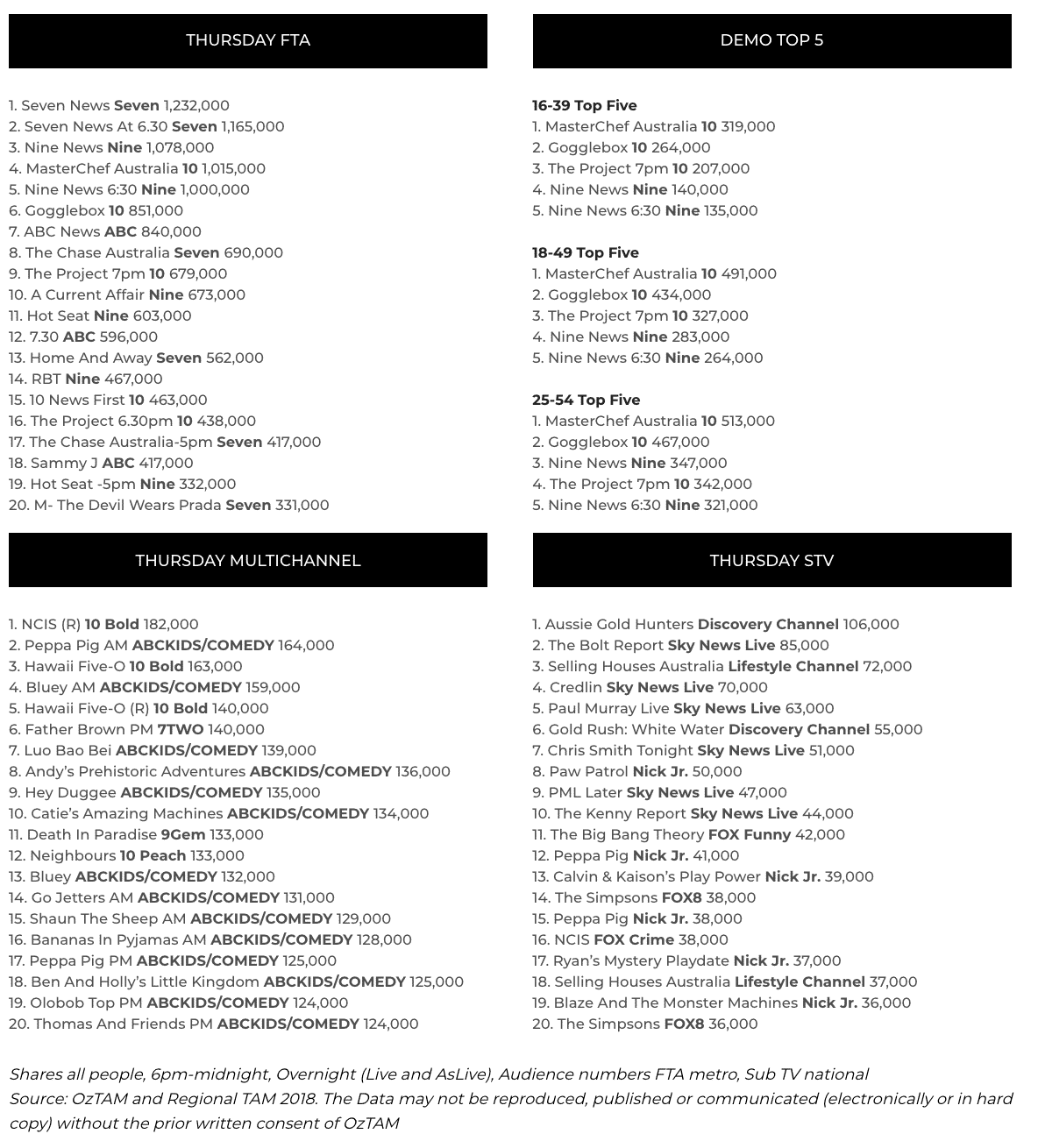