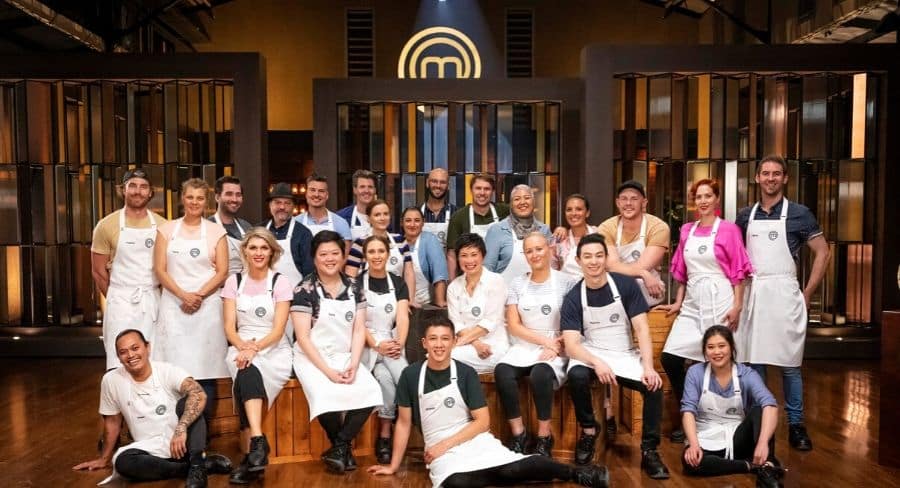 • House Rules had its second-smallest audience since launch – 548,000 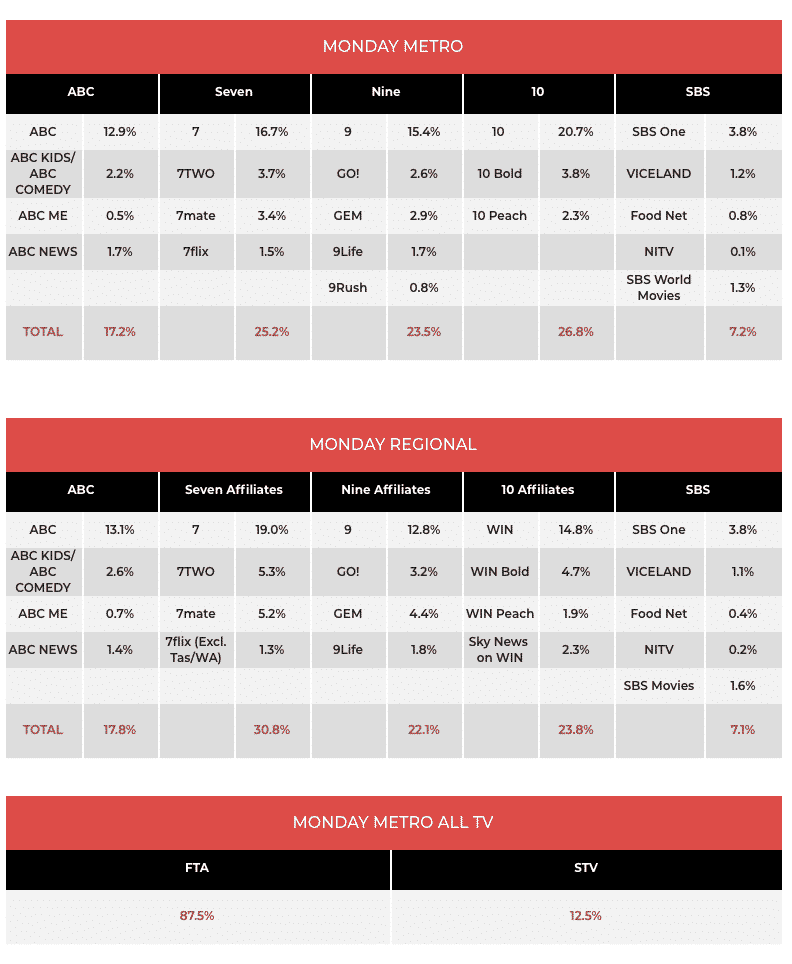 Nine: The channel has chosen to wait until survey starts again next Sunday before launching Lego Masters. We will have to wait a week to see if that delay helps MasterChef build a following for Back to Win. Nine’s Tuesday best was RBT on 422,000 at 8pm after an hour of A Current Affair.

Seven: Primetime was back to a traditional format last night with Home and Away returning at 7pm with 676,000. House Rules followed with its second-smallest audience since launch – 548,000. Four of the five episodes screened last week made it over 600,000. Thursday dipped to 478,000 and the format started this week with 630,000 on Sunday. The Latest then screened after the renovators.

10: The launch of MasterChef Australia: Back to Win couldn’t have gone any better for the network with the biggest series launch or return of 2020. ViacomCBS Australia and New Zealand chief content officer and executive vice president, Beverley McGarvey, said this morning: “We are so pleased and excited with how Australians have responded to the return of MasterChef Australia. Twelve seasons in and MasterChef Australia is still loved by so many people. Food is a universal theme, particularly in times like these, and our show has always been about the food.

“A big thanks to the massive team, on and off screen who put this show together, thanks to our new judges, Jock Zonfrillo, Melissa Leong and Andy Allen, our brilliant returning contestants and to our wonderful guest judge Gordon Ramsay.

“The cooking, passion and energy in MasterChef Australia this year is amazing and it is going to be a really thrilling season.”

There were so many factors at play last night it will take a few nights and then next week to understand how the audience might respond across the remaining months. The new judges worked well together with the returning contestants and they will grow in confidence when not standing alongside Gordon Ramsay. 10 will be looking to bolt on as many returning viewers as possible before Nine cranks up again with Lego Masters next week. Meanwhile it will celebrate its biggest night of the year and the best MasterChef launch numbers since 2015, telling advertisers to get on board with the network that could cause some heartache in the weeks ahead.

Elsewhere on the channel MasterChef only got a quick plug in a couple of minutes at the end of The Project with the show over 650,000. Hughesy, We Have a Problem followed the cooks with 382,000, up from 298,000 last week. Hughesy also had an encore audience of 314,000 last week. 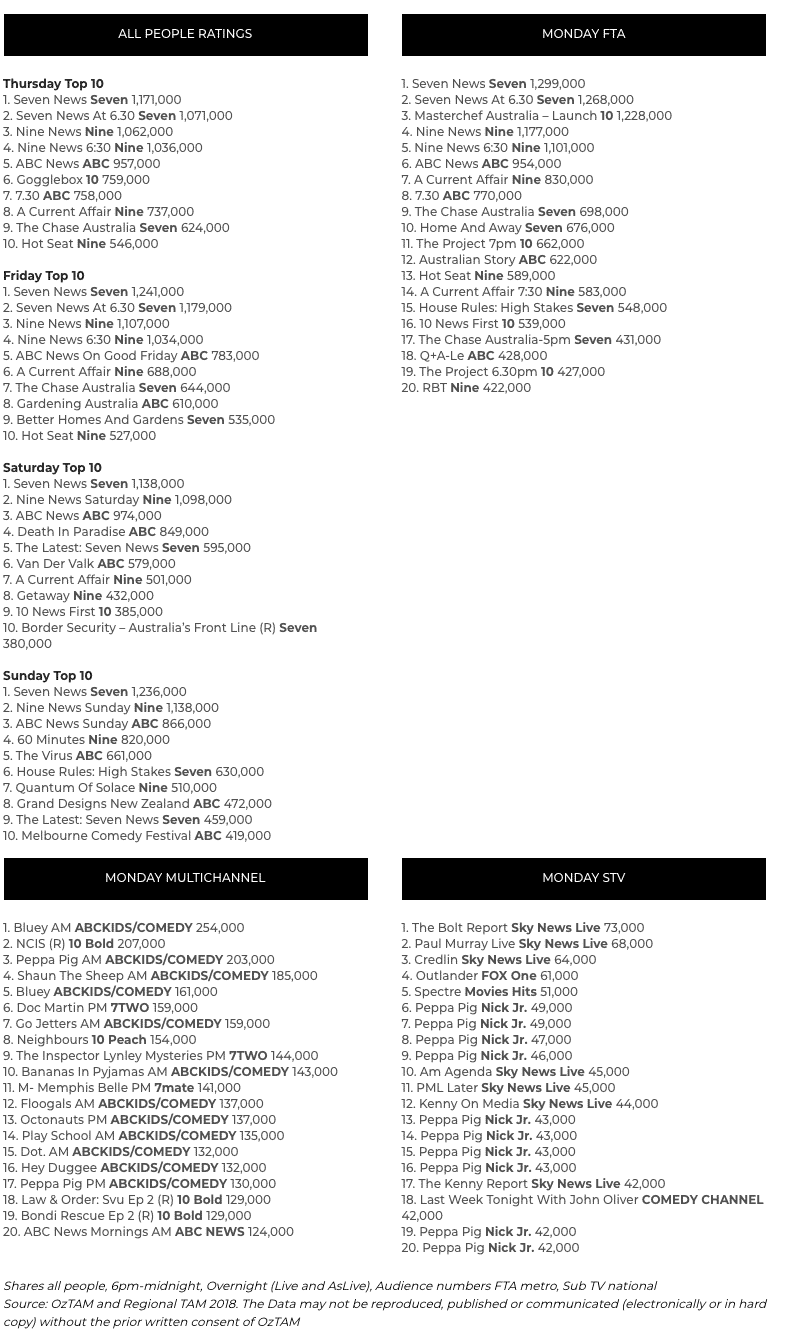