Nine was the winner last night with a primary share of 19.8% with the News holding above 1m. The channel had three of the top five programs watched on FTA TV.

Nine was #1 in all east coast metros and Adelaide, with Seven winning in Perth.

The audience for TEN’s The Great Australian Spelling Bee was down from premiere night, to 801,000. However, the Shine Australia production was the second-highest non-news program behind Nine’s The Hotplate. 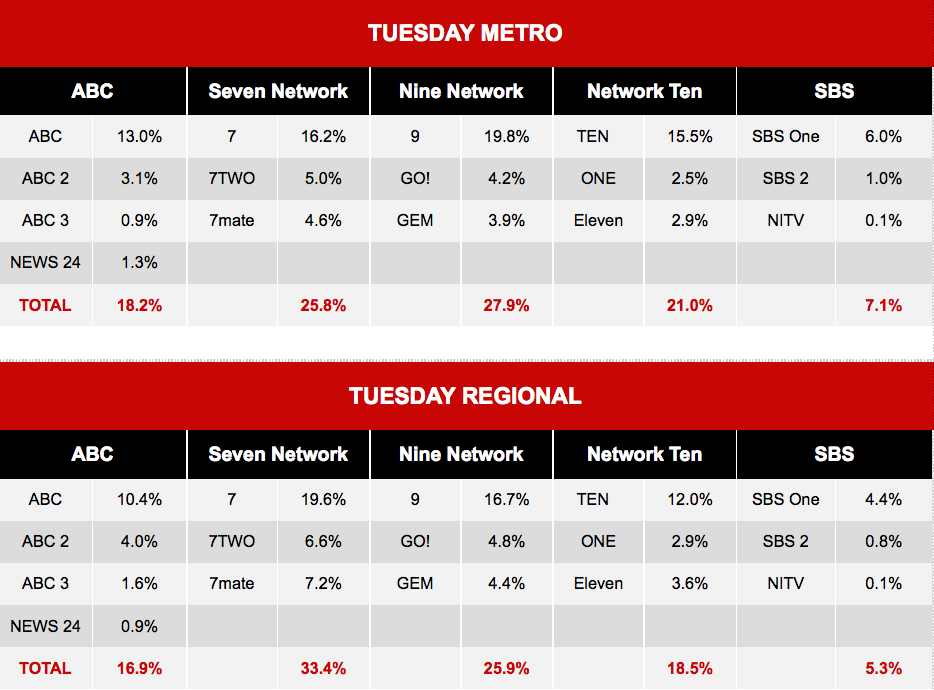