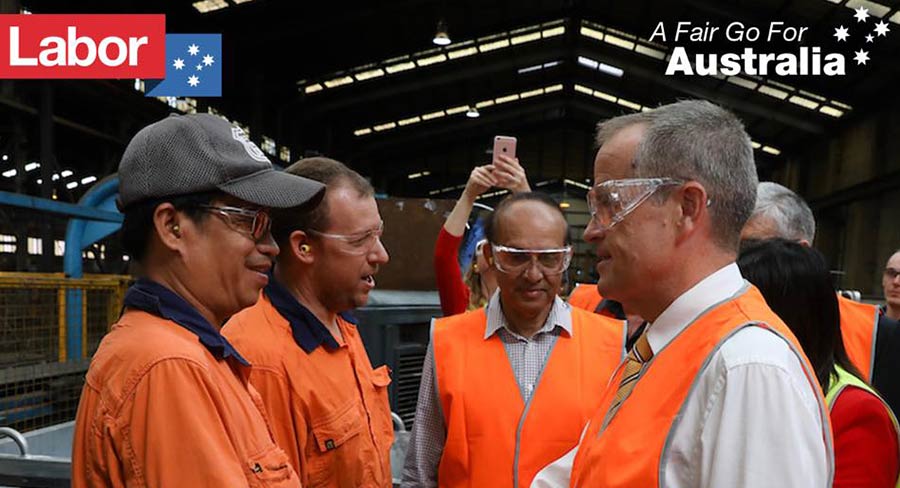 • Each Masthead voices their opinion before the Australian federal election tomorrow

The AFR: Australia’s next PM needs plan for growth. Luck not enough

Neither party’s plans will deliver the productivity overhaul that Australia needs, says an editorial in The Australian Financial Review. That must encompass tax, energy, education, industrial relations, and Australia’s place in the wider world.

Morrison barely has an agenda worthy of the challenge, but at least faces in mostly the right direction. Shorten has raised expectations that his economic plan, such as it is, cannot meet. Whichever side governs, the danger is that this will be exposed in another shock from the world economy when our choices will be less in our own hands.

The Daily Telegraph: Steady hand on the tiller beats rhetoric

The editorial in The Daily Telegraph advocates no change of Government:

Labor, having gone through the wrenching process of acknowledging the Coalition was right all along on border protection, now approaches tomorrow’s election without telling voters who will be the next Labor immigration and border protection minister.

Labor has no costings for potentially its most expensive policy and no name on the door of its most crucial minister.

Against that, the Coalition’s economic and border performances are both known and impressive.

Prime Minister Scott Morrison and his able and united team need to continue their work.

The Advertiser: Our state’s safest bet at key turning point

In an election campaign dominated by negativity and the leaders’ personalities, The Advertiser has chosen to focus strongly on policy settings. We pledged our coverage would be fair and ensure a contest of ideas. It has.

Today, we conclude that a re-elected Coalition Government is in South Australia’s best interests.

History will not look kindly on the past decade of Australian politics in which four elected prime ministers have been overthrown by their own parties, says The Sydney Morning Herald editorial.

The knifings of Kevin Rudd, Julia Gillard, Tony Abbott and Malcolm Turnbull have undermined faith in politics, damaged Australia’s international reputation and wasted time that should have been spent dealing with urgent problems such as climate change.

The Herald believes that above all else voters must use this election as a chance to put an end to that cycle of instability and with that in mind there is no choice but to endorse Bill Shorten and the ALP.

The Australian: Nation needs stability now, growth for the future

Politicians antagonise voters when they promise in poetry and govern in helter-skelter. Scott Morrison’s plan errs on the side of being safe but deliverable; his policies, consistent with traditional values, do not unduly raise expectations as Bill Shorten has done, says an editorial in The Australian.

The Coalition offers prudent fiscal consolidation and debt reduction, a mechanism to reduce tax and control spending, a plan to ease cost-of-living pressures on families, modest and costed emissions cuts in line with global deals, successful border protection and a disciplined approach to our foreign relations. This newspaper recommends a vote for the Coalition because it has a better, more practical and affordable plan than Labor to address the nation’s future challenges.

The Age: Shorten has made a compelling case for change

On the eve of the 2016 federal election, The Age advocated the return of the Turnbull government, says the newspaper in its editorial.

Opposition Leader Bill Shorten, while three years in the role and performing credibly, had not yet offered sufficient reason to justify the rare and economically disruptive dumping of a first-term administration. We believed the Coalition deserved more time.

Three years on, Shorten has presented, for the most part, an economically consistent and socially progressive reform agenda driven by a comprehensive review of taxation and spending priorities. This, combined with the Coalition’s infighting and lack of a comprehensive vision over the past six years, means that for Shorten and what appears to be a disciplined and united Labor Party, the time has finally come.