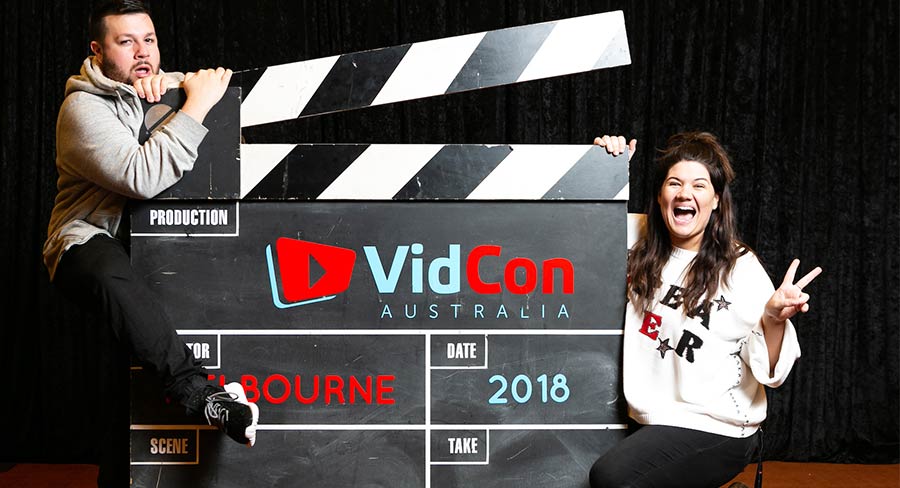 Tanya Hennessy hosts the weekend Hit Network breakfast show for SCA. Her on-air partner on weekends is Danny Lakey, whom Hennessy described as a “wild child”. Lakey can also be heard weeknights across the Hit Network from 6.30pm.

Although that weekend breakfast show guarantees her a pretty big audience across 93 stations, Hennessy is perhaps better known for her work as a Facebook content creator.

She does post to YouTube but most of her work appears on Facebook, where she has an audience of 1.1m. Although the platform recognises the talents of Hennessy, she isn’t able to generate revenue. “I can’t monetise on Facebook, which really sucks,” she told Mediaweek during VidCon 2018 in Melbourne. She noted the views she is gathering via Facebook would have generated a sizeable cheque if they happened on YouTube.

That means, despite the massive video views, Hennessy’s old media career in a way is funding her new media career.

“I have just written a book [for publisher Allen & Unwin] and I am also writing for news.com.au,” she explained. “I am one of those people with fingers in many pies and I definitely do sit between traditional media and new media.”

Hennessy is working on breaking into a bigger league though and she has management based in Australia as well as representing her interests in the US. “I would love to write a TV show,” she revealed. “I am learning to write scripts, which has been difficult because it’s so different from radio. Having to write a narrative with different characters has been really challenging.”

“Who would ever have thought that making an online video would lead me to speaking with Comedy Central in the US?” She said her Facebook audience has helped her get meetings in the US. “I am able to use what I have done on Facebook as a show reel.

“That has made me very particular about what I post. I used to be quite chill about my content. Now I only want it to be the best it can be. I am able to do that now that I am not on-air six days a week.”

Facebook flew Hennessy to Los Angeles earlier this year for the first-ever Facebook creator day. She was the only Australian that Facebook sent over. “It was a bit like VidCon, but it was only for Facebook creators. There was lots of discussion about where Facebook is going and how it will change and also discussions about monetisation. There are also a lot of different apps in development for creators. It was wonderful to meet other Facebook creators from the US plus places like South Africa and New Zealand.”

There are lots of different characters among online video creators. Hennessy noted there are usually a lot of introverts given that most of the people never, or rarely, work in front of live audiences. Not her though, because of her radio background.

“I am used to talking live and often talking about myself. [Laughs] It is great being able to meet people with different skills – everyone from cooks to beauty experts to all sorts.

“It was also great hearing from others how they make their content. You speak to them thinking about what could steal I from them and what could they steal from me. A lot of people were exchanging ideas about their audiences… but I was mainly there for the free drinks.” [Laughs]

Hennessy has understood for some time about the secrets of success online but discussions with other creators have reinforced the basics. She shared some with Mediaweek:

“You need to make really good, consistent content. Consistency is the key in social in particular.

“The content does need to be good though, not just punching out shit for the sake of it!

“You need to evolve too – not just making the same stuff you were doing three years ago – because your audience changes as it evolves.

“Doing collaborations is also good – working with other talented people.”