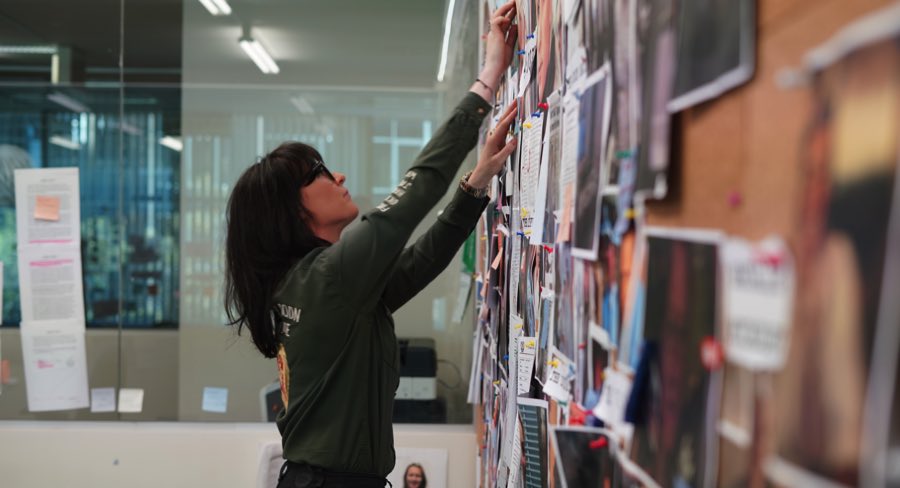 It wasn’t long after award-winning journalist Caro Meldrum-Hanna left ABC’s Four Corners that she received a letter from Keli Lane from prison in Silverwater.

“I didn’t believe it. I thought it was a hoax,” Meldrum-Hanna told Mediaweek.

Lane is a former water polo player who was convicted of the 1996 murder of her newborn baby Tegan. She is currently serving an 18-year prison sentence, of which eight have already been spent behind bars.

“I was in university when the Keli Lane saga erupted. Then when I became a journalist, I never reported on her case or approached her or her family for an interview,” Meldrum-Hanna said. “It was something I had no connection to.

“When I received that letter from Keli Lane, it was astonishing.”

Lane explained that she’d followed Meldrum-Hanna’s work from prison: “She wanted me to reinvestigate her case.”

Meldrum-Hanna documents her findings about Lane’s case in a new three-part ABC series Exposed. Lane has always maintained that she did not kill Tegan.

Meldrum-Hanna describes Lane’s case as “like no other” and “baffling”.

“It’s unsolved in the fact that Tegan has never been found.”

The immediate challenge facing Meldrum-Hanna were resources. Many officials have looked into the case before her and have not been able to solve exactly what happened to the newborn baby. “What chances did I have?” Meldrum-Hanna questioned. “It was an enormous proposition and risk to take.” Along with the initial letter that the journalist received from Lane, there was a USB drive with a document over 200 pages long sent from her longtime partner Patrick Cogan. “It was a compilation of case law, jurisprudence, press clippings – arguments that attempt to argue her innocence,” Meldrum-Hanna said.

RMIT’s Bridge of Hope Innocence Initiative, which aims to examine cases where a person may have been wrongfully convicted, had been looking into Lane’s case too. Meldrum-Hanna got in touch with it. “Lane was one of the people on top of their list for wrongful conviction,” she said.

Lane was popular growing up. “She was a big name where she grew up in Manly. It’s a very affluent area,” Meldrum-Hanna said. Then it was about tracking down people who would be able and would like to talk about the case. The police investigation into Lane’s case lasted 10 years, but she never once gave evidence. “She never answered questions at the inquest,” Meldrum-Hanna said.

The ABC journalist likened Lane’s case with the 1982 case of Lindy Chamberlain. “It’s a classic case of trial by media,” she said: “It’s where a person’s character is on trial through the public lens and the media.

Speaking about Lane’s case, Meldrum-Hanna said: “There was one big headline from the time that I remember, ‘The girl with the Mona Lisa smile’. She had an expressionless face. She always looked down and there was no weeping, sorrow, outpouring of emotion, terror or panic. So the media depiction of her was one of a very tough and cold woman.”

If Lane has never spoken to-date, then why did she reach out to Meldrum-Hanna now?

Meldrum-Hanna said: “Why she is doing it now is that she is eight years through her 18-year sentence. Her appeal failed and she has no more avenues of appeal left. The only thing left for her is a judicial review or if there is a fresh and compelling new evidence found that would justify a retrial or in the most extreme cases a pardon. But she is doing it now because she is adamant that she is innocent.”

Lane believes that the child at the centre of this case is out there, somewhere, living a life not knowing that she is her daughter.

One of Meldrum-Hanna’s biggest challenges while investigating the case for ABC’s Exposed was that Lane has been accused of being a serial liar. “It is said that it is incredibly difficult, if not impossible, to separate fact from fiction with her,” Meldrum-Hanna said. “She weaves a web and sprinkles the truth amongst her lies. That’s what she did during the troublesome period of her life, where she concealed three pregnancies and gave birth to three babies, without anyone in her life knowing – all while living under her parents’ roof and playing elite water polo.”

The production process for Exposed took about a year, which Meldrum-Hanna said is a tight turnaround for something like it.

Asked about what her hopes are from the series, Meldrum-Hanna said: “I never hope. If I do then that could mean I am no longer impartial.”

She has been careful with the formatting of Exposed. Meldrum-Hanna said: “It is designed as a returnable series.”

The people in it drive the documentary rather than a journalist’s voiceover. Meldrum-Hanna said she hopes she can do another series of Exposed next year.

Exposed starts on ABC and iview on September 25 at 8:30pm.