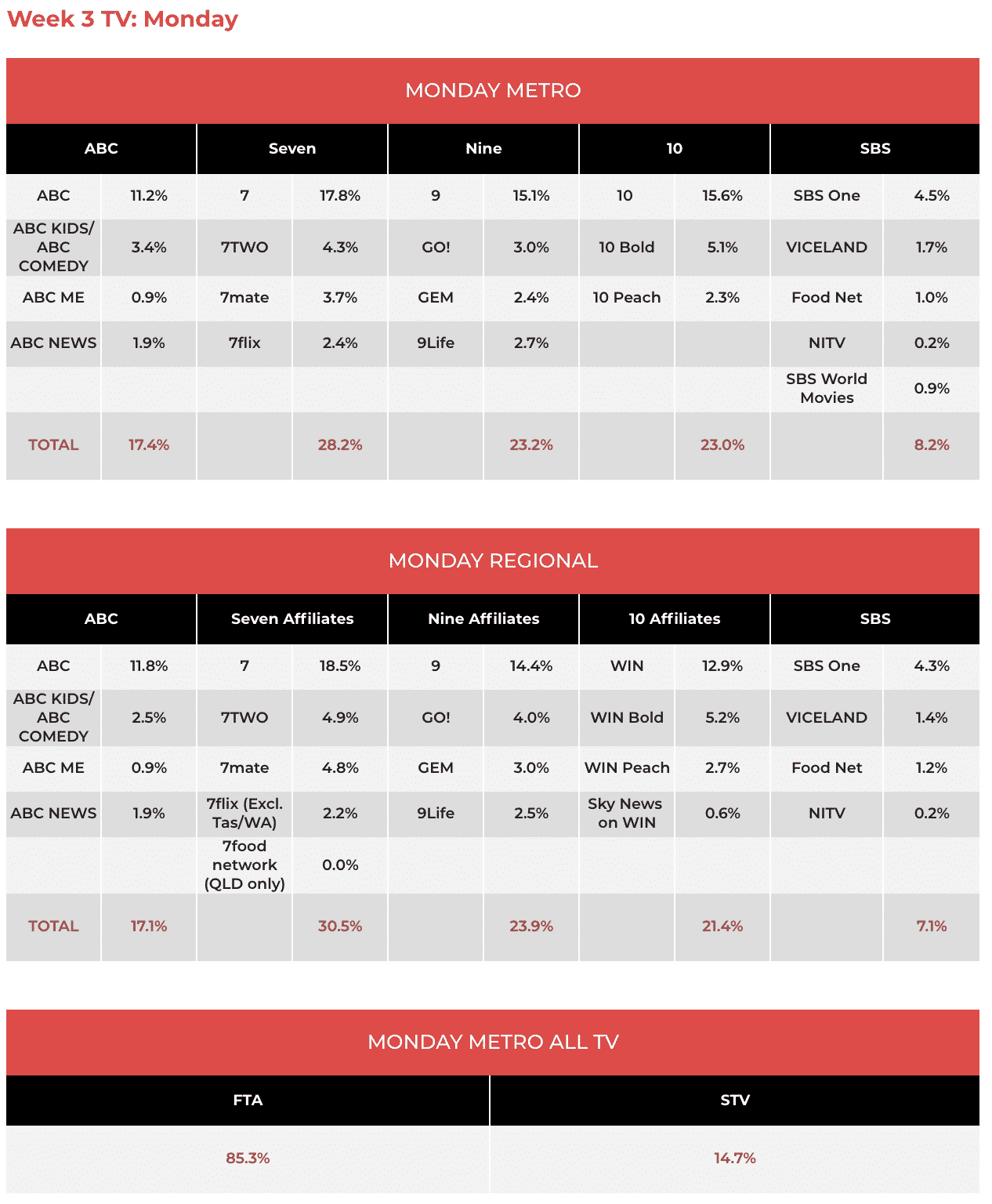 Seven won the night all people thanks to the average audiences watching three hours plus of the Big Bash League. Both sessions of the BBL match between Perth and Hobart were just under 500,000.

However 10 had two of the hottest primetime properties in The Project and I’m a Celebrity. Lizzo was the star attraction on The Project after 7pm with 481,000 watching. No surprises in that she was a wonderful guest and she continued to show her admiration for the man she dubbed the “sexy kangaroo” last Friday in Sydney – Nova 969’s Fitzy who was a guest at the desk last night.

Celebrity was just over 800,000 with Tom Williams and Cosentino earning their pay cheques so far on the series.

Nine’s A Current Affair won its timeslot with 795,000 seeing reporter Sam Cucchiara getting a good drenching from a public housing tenant.

Heather Ewart was visiting the charming Victorian country town of Clunes last night with 597,000 pushing Back Roads well into the top 10. 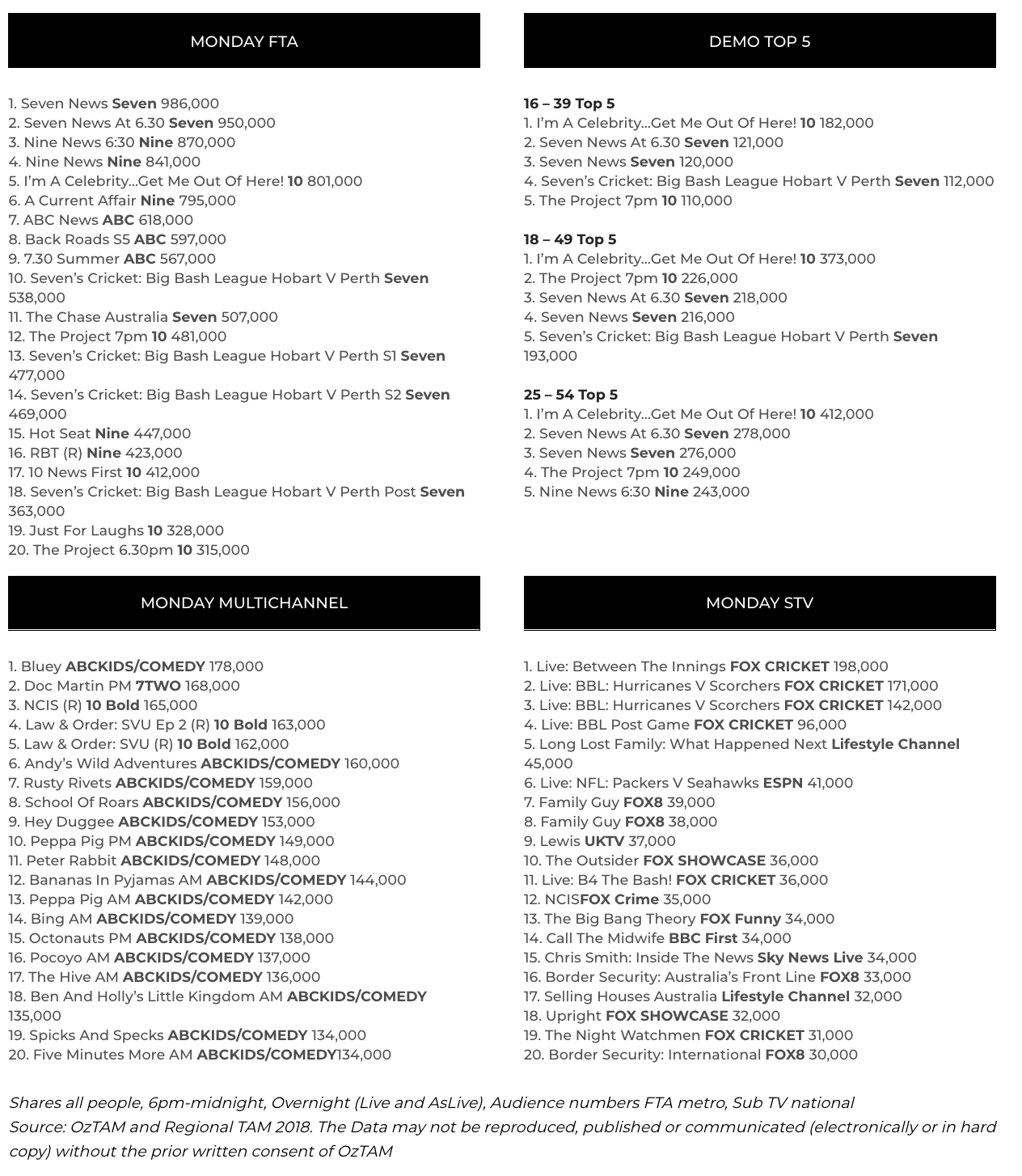