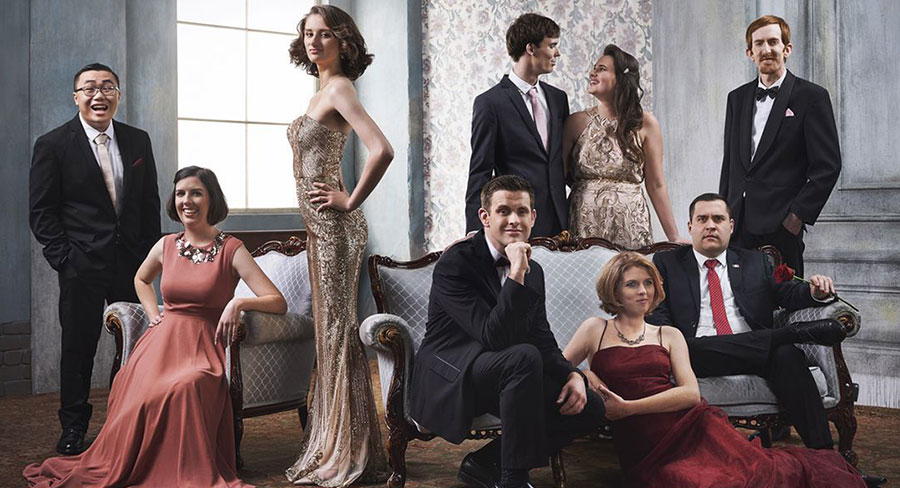 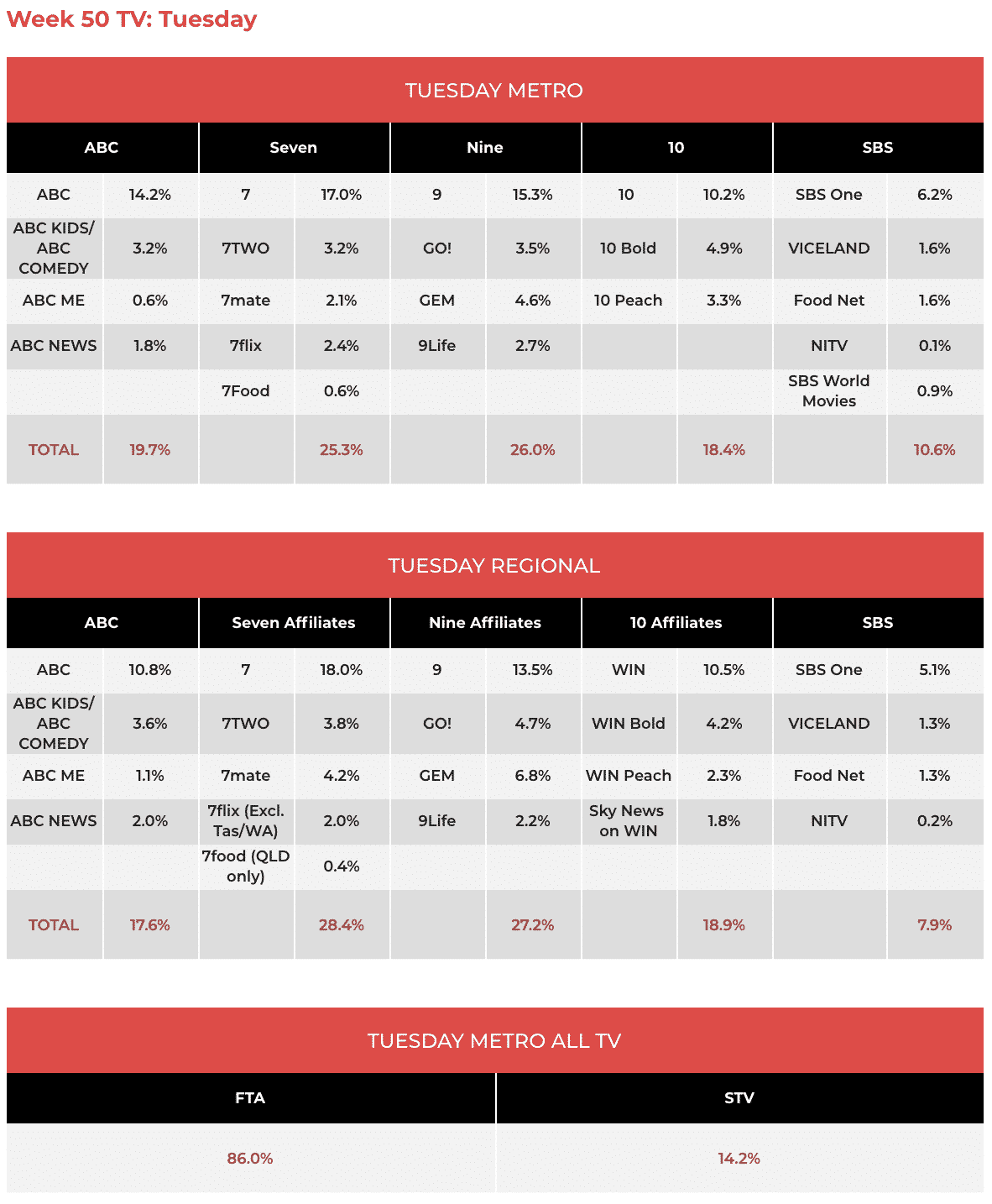 The final episode of the four-part ABC series Love on the Spectrum ranked #1 non-news show in primetime with 461,000.

The only other primetime programs over 400,000 last night were Seven’s Better Homes and Gardens: Countdown to Christmas and a Highway Patrol special on our worst drivers.

In the late afternoon the game shows The Chase and Hot Seat also did in the 400,000s. 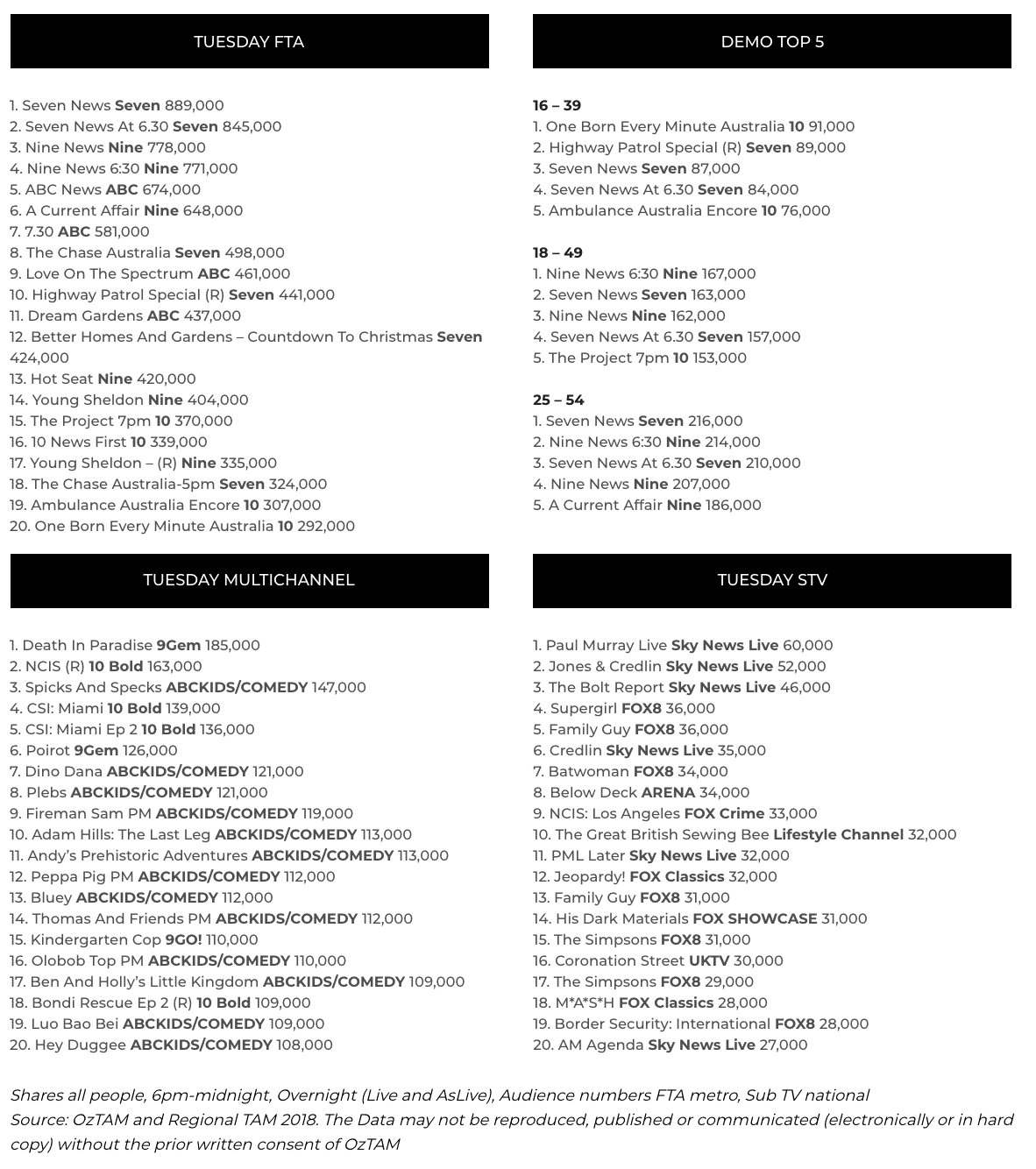