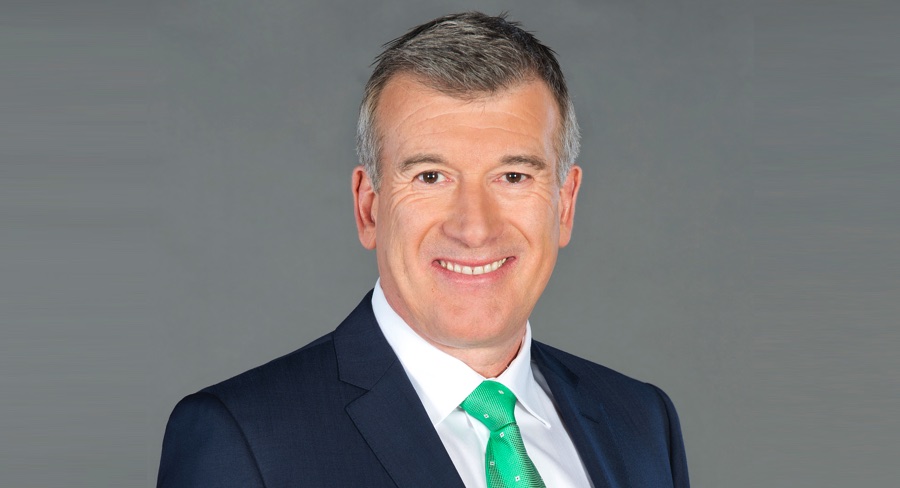 Quartermain will be the new sports presenter on the primetime bulletin.

From Monday July 23, Quartermain will join award-winning journalist and presenter Jennifer Keyte and weather presenter Mike Larkan to deliver all the latest local, national and international news, sport and weather to Melbourne audiences. The network says the return of Quartermain rounds out an already exceptionally trustworthy and highly credible lineup of presenters making TEN Eyewitness News First At Five Melbourne the home of the finest presenting team in the state.

Stephen Quartermain said: “I’m happy to be continuing as part of the TEN Eyewitness News First At Five team. It will also be great working again with Jennifer, whom I shared the news desk with in the 1980s.”

Jennifer Keyte said: “I am very excited about working with Stephen Quartermain again. We started at Channel Ten together many years ago, and had a great time as young enthusiastic reporters. Stephen has always been passionate about sport and I am thrilled to be working with him again along with the always colourful, entertaining and informative Mike Larkan.” Network Ten’s network director of news content Ross Dagan said: “Stephen Quartermain’s experience in covering sport in Melbourne is unmatched. It’s in his DNA and we are delighted that he will present such an important part of our Melbourne bulletin.

“His return to the sports desk gives TEN Eyewitness News First At Five the most experienced presenting lineup in Melbourne. Along with Jennifer Keyte and Mike Larkan, we have extraordinary depth and ability to deliver on the news, sport and weather coverage that matters to the city and the state.

“We are looking forward to working with Quarters to leverage his sporting expertise not just in Melbourne, but across the network,” Dagan said.