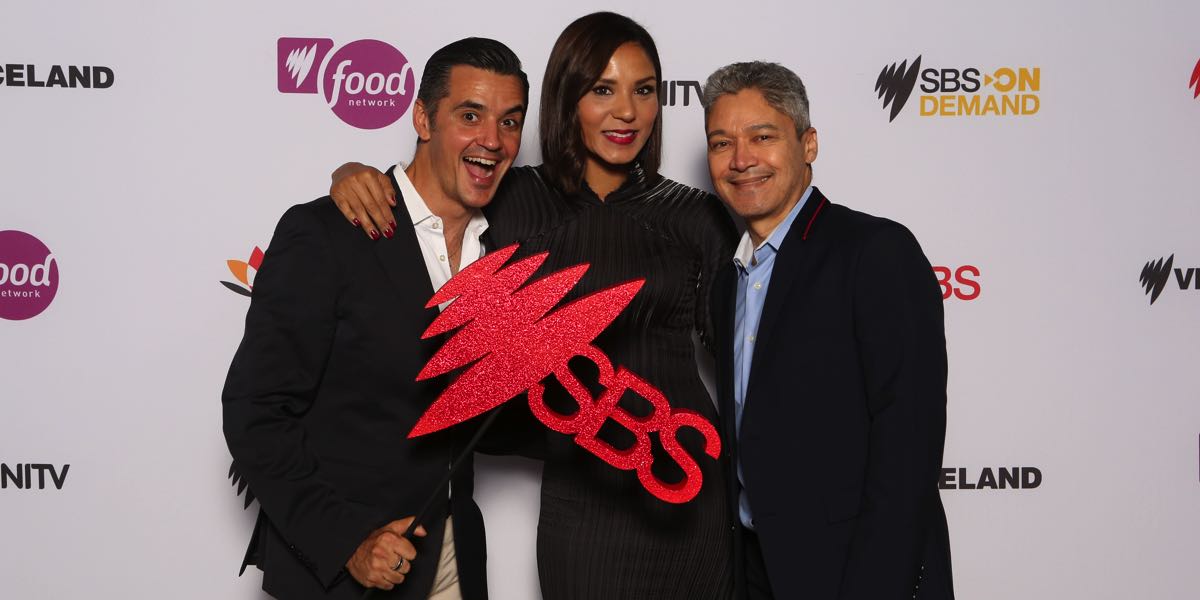 Ahead of SBS2’s relaunch as SBS Viceland tonight, the broadcaster has revealed programming for all of its channels.

SBS has unveiled its 2017 lineup, showcasing a slate of programs exploring stories of contemporary multicultural Australia.

SBS managing director, Michael Ebeid; said: “SBS is delivering a year of our boldest and most distinctive programs yet. As well as our core SBS services in news and current affairs, sport, in-language programs and Indigenous media, we’ve got a fantastic slate of diverse and contemporary programs, with authentic and unique propositions that you can’t find anywhere else.

“SBS has had a great 2016 having grown audiences, bucking industry trends, and with this lineup SBS will continue to build on this momentum in 2017.

“At a time when there is a growing connection between economic disadvantage and racially motivated resentment, fear and uncertainty around the world and on our shores, the role of SBS in helping Australians to understand each other better has never been more relevant and important.” Director of TV and online content, Marshall Heald, said: “At SBS, our big picture objective is to make a positive contribution towards a healthier and more united Australian society, through incredible storytelling. We are Australia’s most distinctive media organisation, focused on delivering programs that inspire Australians to seek out different perspectives; to feel a sense of connection, belonging and empowerment.

“We’re excited to be taking our offering for young Australians to a whole a new level with the launch of SBS Viceland this afternoon. The channel brings together the best of local and international SBS 2 programs with new Viceland shows from their growing global network, and will feature culturally diverse programs made for and by socially conscious young adults who want to change the world, not just observe it – all available for free on TV and on SBS On Demand.

“Across SBS, SBS Viceland, Food Network, NITV and of course SBS On Demand, 2017 will be a bumper year of programs that will give Australians a richer, deeper understanding of the world. We are committed to telling tough stories, as well as entertaining, and continuing to innovate in our approaches and the way Australians can experience our content.” 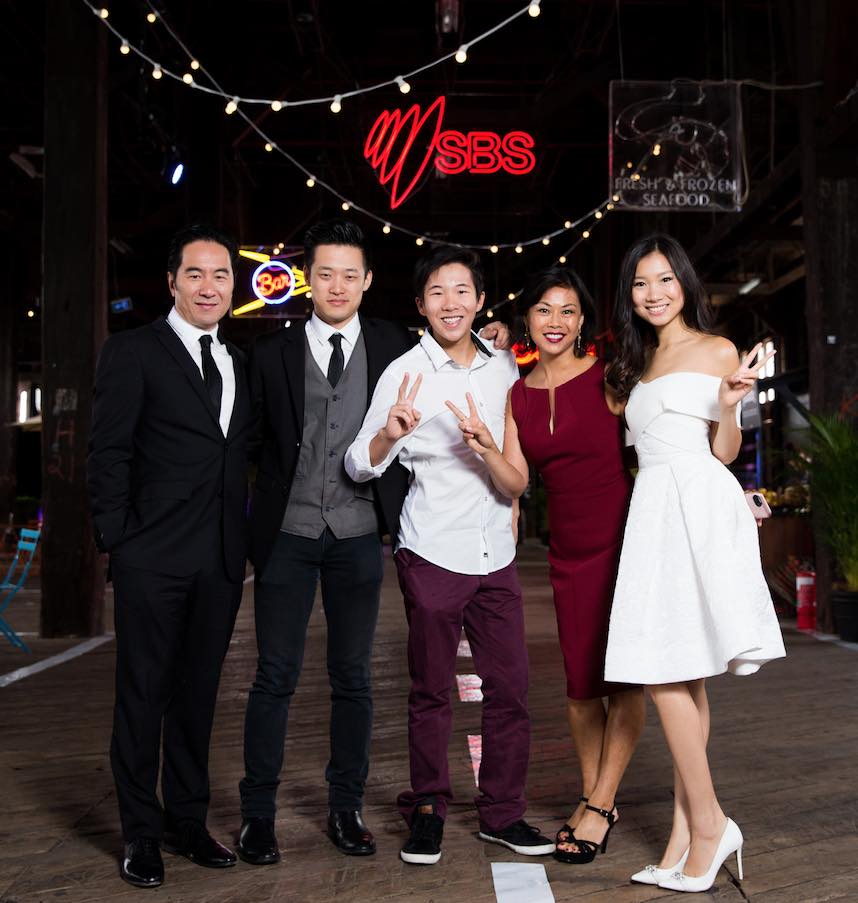 Cast of The Family Law

In 2017, SBS will tell uniquely Australian stories with two new local commissioned dramas bringing diverse faces to Australian screens. Sunshine will explore the world of South Sudanese refugees in Melbourne, following the story of a young basketball star forced to fight for his innocence after being accused of an assault, while Safe Harbour is a bold psychological thriller about a group of friends whose holiday of a lifetime alters their lives forever after crossing paths with a raft overloaded with asylum seekers when sailing around Australia.

These new drama series will be joined by the next chapter of Benjamin Law’s coming-of-age story with the return of The Family Law, once again following the adventures of this gloriously dysfunctional – and universally relatable – Chinese-Australian family.

SBS will also continue to do what it does best in 2017: lead important national conversations through 12 commissioned factual programs and documentaries that will explore cultural diversity, provoke debate, and inspire change.

In February, I’m Not Racist, But… will tackle racism head on with three commissioned documentaries using different storytelling techniques, including hidden cameras, science experiments and a specially commissioned national survey, to expose and examine intolerance in Australia today – showing the very worst of people, but also the very best.

Later in the year, an SBS adaptation of the iconic BBC format Filthy Rich and Homeless, presented by Indira Naidoo, will give Australians a new perspective on what life is like for the nation’s growing homeless population, and the complexities of poverty will be explored in a second series of Struggle Street. As SBS continues to pursue new and innovative ways to explore cultural diversity, it will introduce two new formats to Australia next year. Look Me in the Eye is an exciting new social experiment based on the proven counseling technique of non-verbal communication, hosted by Ray Martin. Undressed promises to be the most diverse dating show to hit Australian screens, with an opportunity for SBS to explore the Charter in a fun – and cheeky – way.

Cultural exploration and discovery through food reaches a new level on SBS in 2017 with the launch of The Chefs Line. A new format for weeknights at 6pm, over 13 weeks the series will explore the heritage, history and diversity that drives Australia’s restaurant culture, with home cooks challenging the very best chefs in cuisines across the country. SBS’s much-loved culinary connoisseur, Maeve O’Meara, will be the anchor for the series, joined by Sydney chef Dan Hong (Mr Wong, Ms G’s), renowned Indigenous chef Mark Olive (Black Olive), and leading food writer Melissa Leong.
O’Meara will also return with two new series on SBS in 2017, with Food Safari Earth and Food Safari Water. Other returning SBS food favourites include Matthew Evans in a new season of Gourmet Farmer, Adam Liaw exploring his heritage in Destination Flavour Singapore, and a glimpse at life away from his restaurants in Shane Delia’s Recipe for Life.

In 2017, SBS will use its unique insights and connections to communities to take Australians into new and different worlds, through commissioned documentaries including The Mosque, Testing Teachers, A Tale of Two Weddings, Hidden History of Our Suburbs with Roy & HG’s Greig Pickhaver, and the return of Shaun Micallef’s Stairway to Heaven for a second season.

SBS will also bring some of the world’s most highly anticipated and dazzlingly epic drama series – in English and in language to – Australians for free, including Knightfall, Medici: Masters of Florence, Deutschland 83 and The Night Manager, as well as the return of hit series Fargo, Vikings and Bosch. 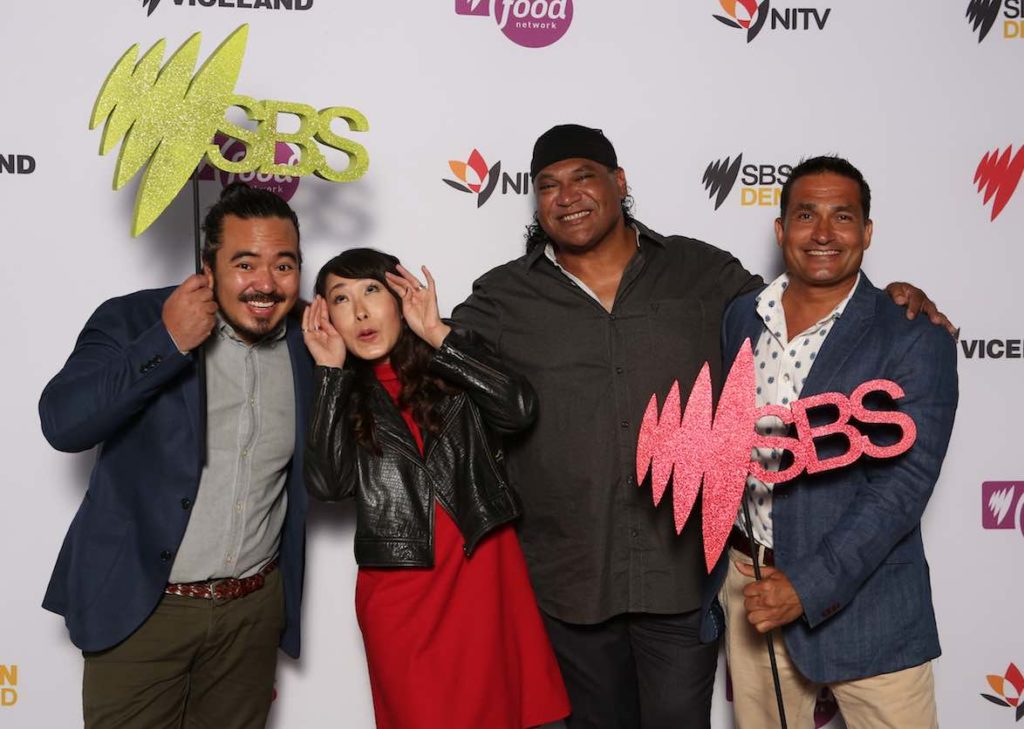 In 2017, SBS will once again broadcast the Sydney Gay and Lesbian Mardi Gras, and will once again take Australia to the world’s biggest entertainment stage to compete in the 62nd annual Eurovision Song Contest in Kyiv, Ukraine.

NITV, Australia’s home of First Nations storytelling, will continue to celebrate the achievements of First Australians and bring Aboriginal and Torres Strait Islander issues to the forefront of the national agenda in a way that no other media organisation can across documentaries, digital-first news and current affairs, sport and movies.

The 2017 slate also features heart-warming entertainment with Family Rules, giving all Australians an insight into modern Indigenous family life through the eyes of nine sisters, and their incredible mother. Leading Indigenous talent Miranda Tapsell, Deborah Mailman, Ningali Lawford and Aaron Fa’aoso will also star in NITV’s new children’s animated series, Little J & Big Cuz. NITV will also commission 50 short films from across regional and remote communities with the return of Songlines on Screen and Our Stories – part of its ongoing commitment to the Indigenous production sector.

In 2017, SBS On Demand will continue to provide all Australians, young and old, with a window into the world through a growing library of more than 6,000 hours of programs – many of which are exclusively available on SBS On Demand. With even more exclusives and premieres ahead of TV in 2017, Australians will be able to get more of what they love and want, available anytime, anywhere, with SBS On Demand available on 24 platforms.

SBS director of media sales Andrew Cook also announced that SBS will launch its Diversity Works Challenge on Australia Day, 26 January 2017. The initiative calls on Australia’s most creative minds to develop an advertising campaign that demonstrates the diversity of today’s Australia. The initiative aims to continue SBS’s commitment to promoting diversity in the media industry. The winner will receive $1 million of free advertising airtime across SBS television and digital assets. For more information, visit sbsmedia.com.au.