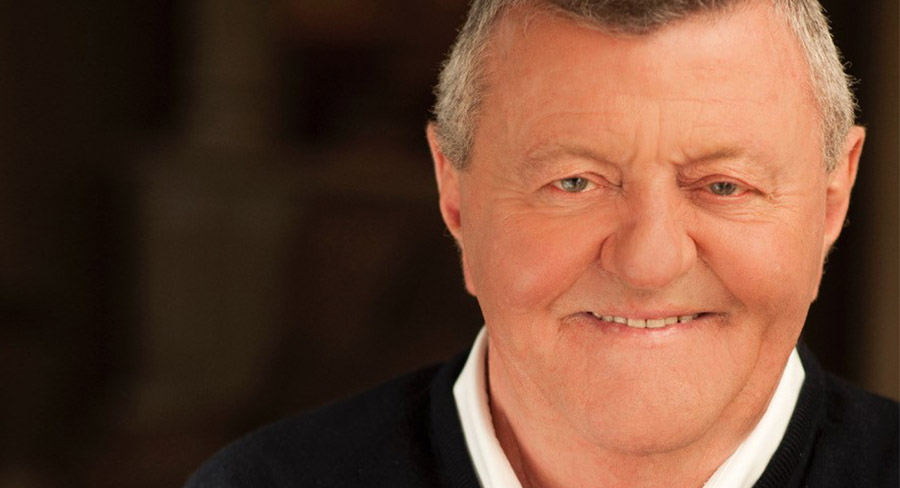 ‘He was an inspiration and it was a privilege to work with someone whose life was television.’

Sam Chisholm, the former CEO of the Nine Network in Australia and Sky Television in the UK, has died aged 78. He was honoured in the media today.

Best known for his career in media that spanned more than four decades, as Chief Executive of British Sky Broadcasting (BSkyB) Sam played a key role in the formation of the joint venture that launched Sky News in Australia in 1996.

He served as Chairman of Australian News Channel, the operator of Sky News Australia, from 2004-2007.

“Sam had a great passion for Australian content and, in particular, news. Professionally he was an inspiration and it was a privilege to work with someone whose life was television.

“I equally feared and loved his unsolicited analysis of what was right and wrong about what we were doing on air – he was always right. My thoughts are with his wife Sue and daughter Caroline,” said Angelos Frangopoulos, CEO Australian News Channel.

Foxtel released this statement following the death of Sam Chisholm this week:

Sam Chisholm passed away on Monday evening, following a short illness. He was 78.

Sam Chisholm is best known for his career in media, spanning more than four decades and two hemispheres.

He was born in Auckland, New Zealand on October 8, 1939, and educated at King’s College. He began his working life as a farmhand, then emigrated to Australia in his early 20s and initially worked as a travelling salesman. From product sales he moved to media sales, and then into management. He was appointed Chief Executive and Managing Director of the Nine Network in 1975, at 35 years of age. For the next 15 years the network enjoyed a position of dominance in programming, ratings and revenue.

In 1989, Chisholm joined Britain’s Sky Television as Chief Executive, leading the company through a merger with its competitor to form British Sky Broadcasting. BSkyB became the world’s most successful satellite pay television operation, based in part on the creation of the FA Premier League competition.

In December 1997 he retired from BSkyB but remained a director for a further two years. In 1997 he was appointed by the British Government as Chairman of the Executive Committee of the New Millennium Experience Company, responsible for the Millennium Dome project.

In 1998 he was appointed a Director of Tottenham Hotspur Football Club.

By the end of the 1990s Chisholm’s health was fading and he returned to Australia. He was born with an enzyme deficiency (Alpha-1 Anti-Trypsin) which affected his lungs.

After nearly two years on a waiting list, in March 2003 Chisholm received a bilateral lung transplant at St Vincent’s Public Hospital in Darlinghurst, Sydney, thanks to the Federal Government’s transplant program and the country’s organ donation system.

From 2000-2007 he was a Director of the Victor Chang Cardiac Research Institute and was appointed a Life Governor in December 2003.

In 2004 he was inducted into Australian television’s Hall of Fame and awarded a Gold Logie.

In 2005 he received an Honorary Doctorate from the Queensland University of Technology.

In 2007 he joined the board of the Chris O’Brien Lifehouse cancer treatment centre and was its chairman from 2009 to 2012.

From 2009 to 2012 he was Chairman of the Australian Organ and Tissue Donation and Transplant Authority.

In 2013 he was appointed an Order of Australia (AO), for service to medical research and health organisations in Australia as a corporate leader and through fundraising.

Sam Chisholm passed away peacefully on the evening of Monday July 9, 2018, at the Sydney Adventist Hospital in Wahroonga with his wife Sue and his daughter, Caroline, from his first marriage, by his side.

The Sydney Morning Herald: Sam Chisholm, the former CEO of the Nine Network in Australia and Sky Television in the UK, has died. He was 78 years old, reports Michael Idato.

Chisholm passed away on Monday evening at the Sydney Adventist Hospital in Wahroonga, following a short illness.

His wife Sue and his daughter Caroline, from his first marriage to Ronda Chisholm, were by his side.

During his tenure at Nine in the 1970s and 1980s it was confirmed as Australia’s most successful network in both audience and revenue terms.

It is no coincidence that many in the next generation of Australia’s television executives – Nine’s Michael Healy and Foxtel’s Ross Crowley and Fleur Fahey, among many others – were professionally baptised at Nine under Chisholm’s reign.

Crowley, who is Chisholm’s nephew, said Sam would be remembered “for his relentless passion for his work and for life, and his enthusiasm at the prospect of new experiences and new ideas.

“He probably clashed most with people whom he thought didn’t share that. But as he himself would say, I’m often wrong, but never in doubt,” Crowley said.

Television journalist Jana Wendt, who worked as a reporter on 60 Minutes during Chisholm’s legendary tenure at Nine, described him as “a huge character”.

“There will only ever be one Sam,” Wendt told Fairfax Media.

Sam Chisholm, who died on Monday evening aged 78, was a visionary and a trailblazing force in the Australian and global television industries, writes Bruce McWilliam, commercial director of Seven West Media and a former executive director of BSkyB.

He was a pioneer of both free-to-air and subscription television, building commanding positions in each.

He was just 35 when he became the managing director of TCN Channel 9 Sydney. Those were the days of the two-station rule, before national networks, and the Packer family owned TCN Nine in Sydney and a stake in GTV 9 in Melbourne.

He had a close relationship with Kerry Packer, who succeeded his brother Clive in running Nine and in turn came to mentor Kerry’s son Jamie, who he described as highly numerate. Sam was totally competitive and had a little sign on his desk saying: “To err is human, to forgive is not my policy.”

In his prime, Sam Chisholm was a man who went “everywhere at top speed”, reports Holly Byrnes.

Hosting industry mates and family on his beloved boat, which he moored in the Hawkesbury River, the former Channel 9 boss would have its twin Caterpillar propellers “replaced many times just to extract an extra knot or two out of them”, his one-time colleague and longtime friend, Peter Meakin, told News Corp Australia.

It’s the perfect metaphor for Chisholm, who started his working life as a farmhand in his birth country of New Zealand, before moving to Australia, where his life in the fast lane of television would take him around the world and back again.

His death, at 78, should not have shocked anyone who knew how close he came to the end before a double-lung transplant in 2003 gave him a second chance at life.

“He was given three weeks to live 16 years ago,” Meakin, now Ten’s news director, said.

News Corp Australia’s Michael Miller, who worked with Chisholm on the Sky New Zealand board and together on an organ donors campaign, said: “[He] was a legendary figure in Australian media who was respected and admired by all for his extraordinary success in television. Known for his strong leadership, firm opinions and ability to identify winning shows and talent, he will forever be remembered as the man who made television great. He was also a generous and tireless contributor to multiple charities.”