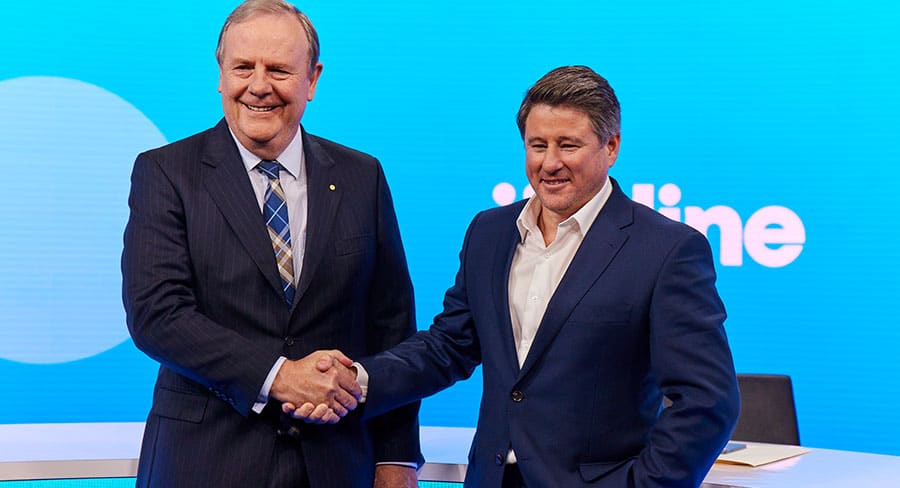 Patrick Potts, an investment analyst at Martin Currie, one of Nine’s biggest institutional shareholders, said Monday’s announcement that former Fairfax director Patrick Allaway was resigning from the Nine board effective next month indicated it was time for a refresh.

Announcing the appointment of Sneesby on Wednesday, Nine Entertainment chairman Peter Costello was asked about a board split along Nine and Fairfax lines, suggesting Sneesby may face a hostile board when he moves into the CEO role on April 1.

Reports in The Sydney Morning Herald this week of an investigation into deputy chairman Nick Falloon over allegations he gave his son access to a corporate golf membership, as well as the imminent departure of Allaway, suggest the former non-executive directors of Nine are calling the shots.

Google to stop selling ads based on your specific web browsing

Google plans to stop selling ads based on individuals’ browsing across multiple websites, a change that could hasten upheaval in the digital advertising industry, reports The Wall Street Journal’s Sam Schechner and Keach Hagey.

The Alphabet company said Wednesday that it plans next year to stop using or investing in tracking technologies that uniquely identify web users as they move from site to site across the internet.

The decision, coming from the world’s biggest digital advertising company, could help push the industry away from the use of such individualised tracking, which has come under increasing criticism from privacy advocates and faces scrutiny from regulators.

What did Jay-Z and Jack Dorsey talk about when they went yachting around the Hamptons together last summer? reports The New York Times‘ Katherine Rosman.

Square, the mobile payments company led by Dorsey, announced on Thursday its plan to acquire a “significant majority” of Tidal, the streaming music service owned by Jay-Z and other artists — including Beyoncé, Jay-Z’s wife, and Rihanna, who is a client of Jay-Z’s entertainment management company, Roc Nation.

Square will pay $297 million in stock and cash for the stake in Tidal. Jay-Z will join Square’s board.

The advertisement claimed that authorities gave permission for the emergency use of Covid-19 vaccines – a mechanism used in some countries such as the United States and United Kingdom, but not in Australia. Palmer said this approval should only be given to medicines when recipients were “in immediate danger of dying”, which was not the case for healthy Australians receiving the vaccine.

He also accused drug companies of lacking faith in their product because they sought and received government indemnities against injury or death caused by their vaccines.

However, a spokesman for the Therapeutic Goods Administration said there was no such thing as an “emergency use authorisation” for Covid-19 vaccines in Australia.

Montaigne has fired up the lasers and glitter guns with her poptastic new song Technicolour in her quest to win the 2021 Eurovision Song Contest, reports News Corp’s Kathy McCabe.

The avant-garde pop artist is cautiously optimistic the show will go on in May and she will get to perform the song on the Eurovision stage in the Netherlands.

Montaigne releases the “hyperpop” song on Friday and premieres it live at the Sydney Mardi Gras on Saturday.

The passionate gamer said Technicolour reflected her love of anime and science-fiction.

The song, I’ll See You In My Dreams, features on Springsteen’s latest album, Letter To You.

The song, about losing a loved one says: “The road is long and seeming without end. The days go on, I remember you my friend.

‘He was unstoppable’: Molly Meldrum’s heartbreaking tribute to the late Michael Gudinski

The TV icon has been inconsolable since the passing of his best friend of over 50 years.

While Meldrum has refused all media requests, he released a statement which taps into their friendship which began in the late 60s and was grew strong when Meldrum was running Countdown and Gudinski had started Mushroom Records.

The National Football League is on the verge of signing new rights deals with media partners that could see Amazon.com Inc. carry many games exclusively and TV networks pay as much as double their current rate, people familiar with the matter said, reports News Corp’s Joe Flint.

New agreements could be in place as early as next week, the people said. The TV deals for the league’s Sunday and Monday franchises with Fox, CBS, NBC and ESPN are likely to run for as long as 11 years, they said.

ESPN’s deal would go into effect after the 2021-22 season while the Fox, CBS and NBC agreements would kick in after the 2022-23 season.

A deal with Amazon would result in a significant number of Thursday night games exclusively on its Prime Video platform and represent the league’s deepest foray into streaming, some of the people said. Those games wouldn’t be available on traditional television outside of the local markets of the two teams playing, they said.