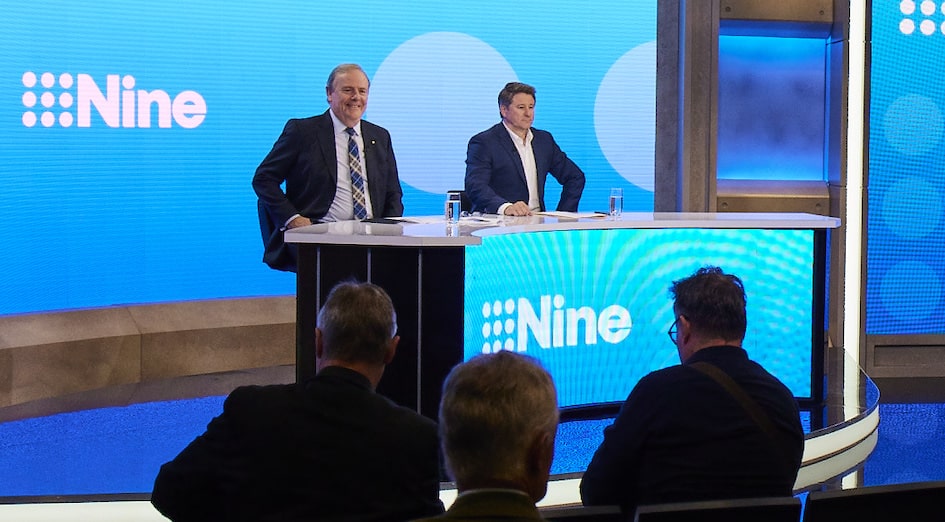 Nine’s Hugh Marks has left the company, before the announcement of Mike Sneesby as his replacement, in slightly dramatic circumstances.

Nine chairman Peter Costello introduced the new leader of Australia’s biggest media company yesterday, revealing that the person Stan’s Mike Sneesby is replacing had been admitted to hospital. “Hugh Marks is in hospital and has been tested for an infection,” said Costello, revealing Marks is OK with him revealing the news. “He’s been there for several days, but it is not life-threatening.” Marks took ill just after delivering the first-half results a week ago.

The Nine chairman took questions from journalists at the CEO announcement, with several probing about claims of a “fractured board”.

To another question he added: “There is absolutely no division on the board. Patrick Allaway has become the chair of the Bank of Queensland. He gave notice [to stand down from Nine] when he accepted [that position]. Every member of the board is a valued member.

“And I want to make this clear. There is only one corporation here – Nine Entertainment. We all owe our obligations to the shareholders of the corporation and of course the employees.”

Talking to the media about taking on the CEO role, Mike Sneesby said:

“I’m extremely proud to be taking on this role. My media career has primarily been in and around Fairfax and Nine businesses over the years prior to the merger. To be able to work alongside the people I have loved working with for many years is a true honour.

“I am looking forward to working with Peter and the board. Hugh Marks has been a phenomenal driver of the success of this business over the years and we are looking on building on the success that Hugh has created.

“The recent half-year results reflected the content and journalism created by this organisation. We have Australia’s best content creators and Australia’s best journalists that underpins the financial results. The distribution of that content means that more of the revenues are coming from digital and subscription channels. Every part of this organisation, thousands of people across Nine have been involved in getting us to where we are today.”

Sneesby wouldn’t be drawn on any initial plans he had for the business.

“My role kicks off on the first of April and between now and then I will be spending time with the executive group and the board in setting targets and understanding where we want to take the business. Digital distribution and the subscription business remains an important part of our business.”

Costello added: “We have said it is our objective by 2024 to have more than 35% of group revenues from subscription. We are well on our way and we will meet that target.”

In answer to a question from Mediaweek about the selection process, Costello explained:

“When we announced last November Hugh would be standing down in the first half of this year it was always our intention, and Hugh’s intention, [for him] to be around to do the half-year results.

“Immediately we had a number of executives who expressed interest in the position. That was a good thing, frankly. A number of those people would have been qualified for it. We would have been much more worried if no one had put their hand up.

“To have a plethora of candidates was great. We had a search and looked at international candidates and it was a very exhaustive process. In the end the board concluded that Mike Sneesby was the best-qualified candidate.” 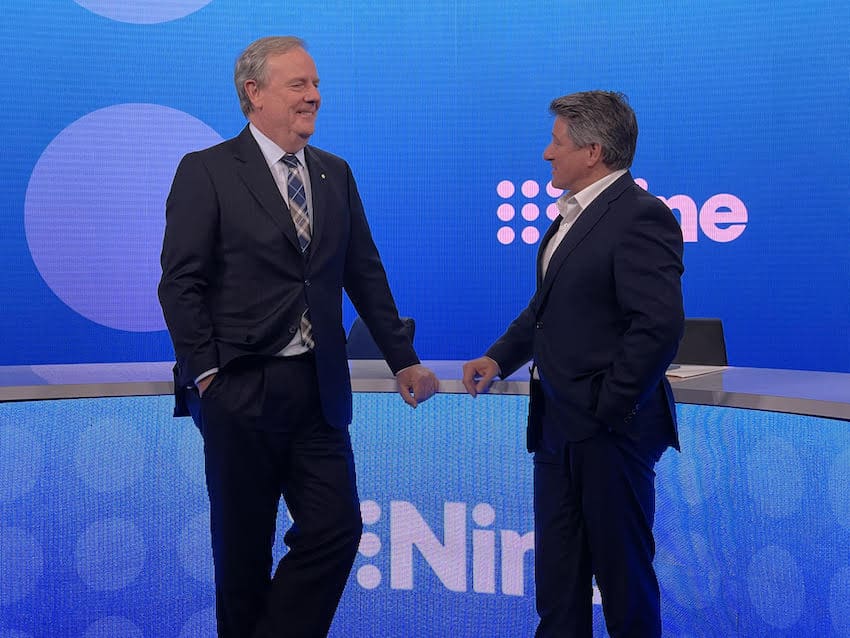 When asked if any of the unsuccessful internal candidates might move on, Costello told Mediaweek:

“I want to say all of the candidates are very valuable members of this team. We value their contribution and we would like them all to be with us on this journey.”

Sneesby noted he has more experience in some parts of the business over others. “This organisation is now very diverse in terms of executives. I don’t think there is a person with the exception of Hugh Marks who had led a company with the diversity of media assets that Nine has.

“It doesn’t surprise me that people may think my forte is one thing. The commitment I make to staff and the board is that I will be across all areas of the business and will make sure I understand the people in the business to get the best outcomes.”

While Sneesby prepares to take on the top job from April 1, Stan will be managed by its executive team as a search for a new chief executive gets underway.

Mike Sneesby started his tour of the Nine group early on Thursday as he visited the Sydney Nine Radio facility, dropping in on breakfast host Ben Fordham and morning announcer Ray Hadley.