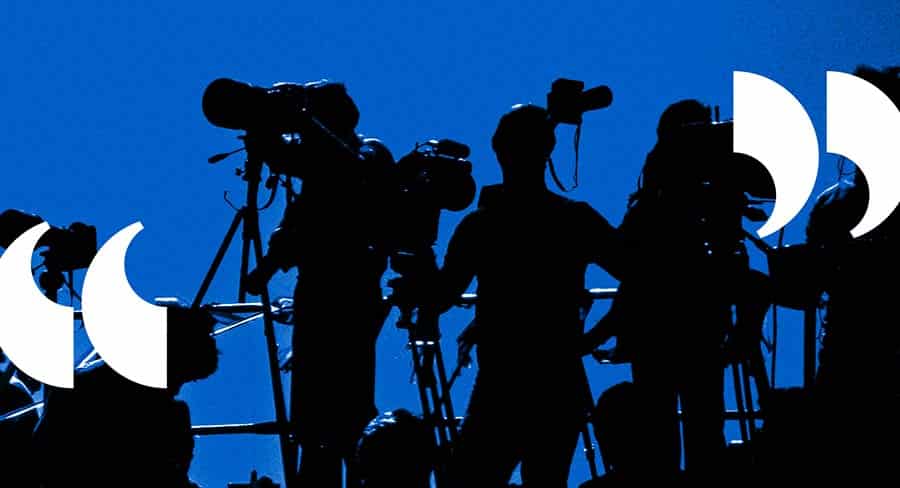 Treasurer Josh Frydenberg and Facebook CEO Mark Zuckerberg burned up the phone lines striking an 11th-hour deal to get Facebook back to the negotiating table, and Australian news back in Facebook’s feeds, reports News Corp’s Ellen Whinnett.

The pair spoke three times on the phone as the day progressed, as they hammered out some changes to the legislation that Facebook wanted, while maintaining the integrity of the Government’s mandatory bargaining code.

Microsoft has joined forces with Europe’s publishers to deepen the troubles of Google and Facebook, launching a project to develop an Australia-style arbitration system for the EU that would force Big Tech to pay for news, reports The Financial Time‘s Alex Barker.

The move by the Seattle-based company is one of its most brazen yet to align with the press industry, exploit the difficulties of its Silicon Valley rivals and promote its own search engine Bing as a copyright-friendly alternative for news.

The project announced on Monday (Tuesday AEDT) will involve Microsoft working with Europe’s four leading lobby groups for news publishers to develop a legal solution to “mandate payments” for the use of content by “gatekeepers that have dominant market power”.

Over the past few days Australians have gotten a flavour of what a global tech power will do to avoid regulation.

Now we are getting an idea of what a world-class capitulation looks like after Facebook agreed to re-friend Australia after securing what appears to be technical changes to legislation it had been determined to skewer.

What do viewers want from current affairs show 7.30? It’s complex

“Thanks for your company,” Leigh Sales will say, four nights a week, as she wraps up another edition of 7.30. It’s meant to serve as a note of solidarity between the host of the ABC’s current affairs television flagship and the show’s audience, but in 2021, that’s not easily achieved. There’s no other current affairs program on Australian television – either historically or in terms of current reach – like 7.30, and the demands that makes as the expectations of audiences change can be stringent, writes SMH‘s Craig Mathieson.

Last week, when Victoria’s sudden five-day COVID-19 lockdown unexpectedly stranded her in Melbourne during a private visit, Sales attended the daily press conference of the state’s premier, Daniel Andrews. The back and forth over the subject of why Victoria was in hiatus and what it signified between the politician and the journalist was strident but not combative, yet before the live telecast was even finished, Sales was the subject of much online criticism (and some praise).

It was an illustrative questioning, and it was noteworthy that 7.30′s edit fairly gave Andrews the time to make his case. What drove the snap judgments of Sales to a sizeable degree was the partisanship of those watching, whether on a political or home state level, which is a change in the public discourse that has basically been accelerating for the past decade. That trend of taking sides – which is anathema to the ABC’s standing – roughly matches Sales’ tenure at 7.30, following the departure of Kerry O’Brien, and you could make the case that few prominent journalists feel the impact more.

The Project got very heated during a debate about COVID-19 on Tuesday night’s episode, reports News Corp’s Bianca Mastroianni.

Waleed Aly was cut off by producers in the middle of a discussion with co-host Rachel Corbett about the vaccine.

During a segment highlighting the percentage of Australians willing to get the vaccine, with some incredibly unwilling, Aly and Corbett got into a debate about how far the “no jab no play” idea would go.

TV Tonight understands Schapelle Corby has signed on to appear in Seven’s Dancing with the Stars: All Stars.

Corby, who was convicted on drug smuggling in Indonesia, appeared on SAS: Australia for Seven last year.

After lasting just two episodes, she will now frock up for Seven’s dancing revival, with a mix of former stars and new ‘wildcards.’

Eureka to produce Frogger for USA

Production will take place in Sydney in May on a huge purpose-built obstacle course, to screen on NBC-owned Peacock streaming service.

13 hour-long episodes have been ordered with contestants to include US expats based in Australia.

Seven West Media has been dealt a huge blow in its fight against Cricket Australia, with an independent arbitrator finding the network is entitled to only a small discount to its rights fee this season, reports SMH’s Andrew Wu and Jon Pierik.

Seven had asked for a $70 million reduction from its annual $82 million cash and contra deal to cover the game but a binding independent assessment found the network can recoup just $5 million, according to a source familiar with the matter.

The network will be hoping it can claw back more money when the final determination is due to be delivered next week by Venture Consulting chief executive Justin Jameson, the man agreed by the warring parties to provide an independent ruling.