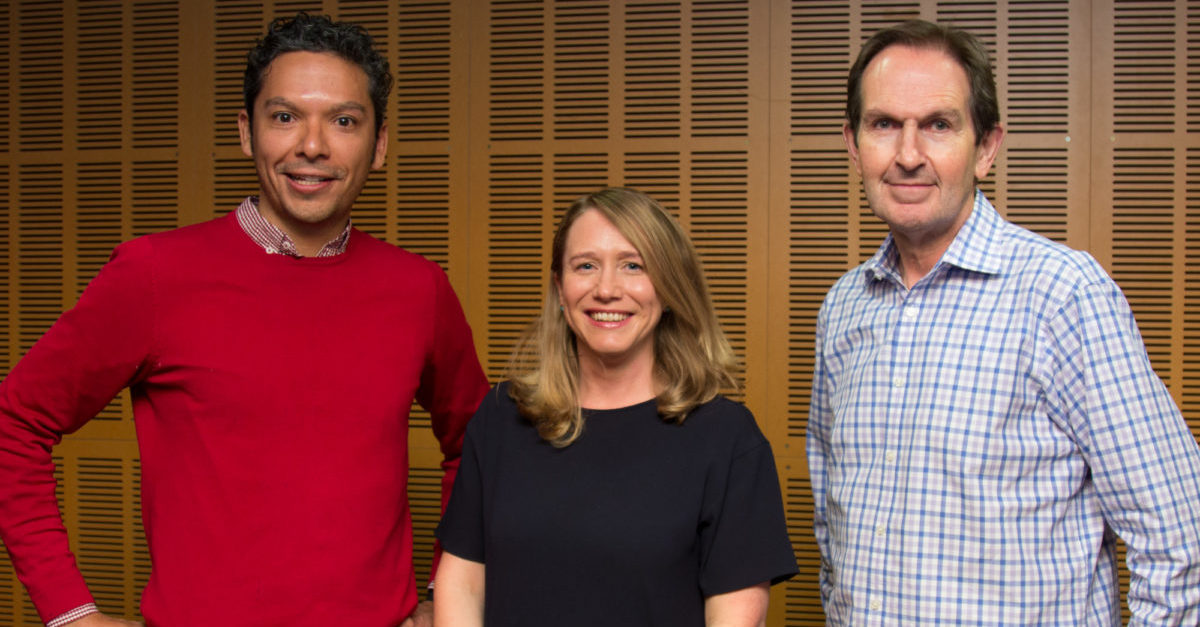 Why the biggest broadcasters embraced a growing sector

The guests started their discussion talking about why they are involved in podcasting.

We first started doing podcasts as catchup audio for our radio shows. It started as an experiment to see if there was an appetite for people to listen back to parts of a radio show. There is a lot of ABC radio that doesn’t translate to podcasting – breakfast radio for example is very immediate and very live and you don’t need to hear again about traffic reports. However, there is plenty of content like feature interviews, which translate to the catchup experience.

The other development is that we have been offering a digital-first podcast experience which gives us the chance to do things that aren’t completely aligned with our existing network’s brands. We have a children’s ethics podcast called Short & Curly. We also have a new motoring podcast called Motor Mouth which just launched this week. We also have a suite of comedy podcasts which wouldn’t necessarily have a home on any of our networks. What this allows us to do is try out new formats, new talent combinations and allows us to make content available that we wouldn’t necessarily put on a linear station.

“Podcasting for us is a bit of marketing”

Our path to starting podcasts was very similar to what Linda described. It started with experimentation and then we started discovering the benefits of it as we go. Unlike a traditional podcast business we started as a commercial business that reaches millions of listeners every day across 70+ radio stations. Podcasts have led us to the understanding that we are not just a transmission tower business. We are not about broadcasting live and then that’s it. There are people who want to engage with our radio stations and shows at a time that suits them. For us also the initial foray was for catchup which does very well.

We have some big radio shows but not all the audience can listen at those times.

Podcasting for us is a bit of marketing. It is partly about getting people to sample a show they may not have heard before. It is also about actual consumption and the listeners’ engagement with a brand.

The catchup experience is not an exact replication of what goes to air. We take out the music, the traffic, the ads and the news and what we find is we have a product that people can still enjoy at a later time. Our podcast business is growing on the offering we broadcast every day.

For example a lot of shows on Triple M stations specialise in sport and they tend to be a massive driver of our podcast consumption. Listeners want to hear the latest about what happened in the AFL overnight and the weekend. Despite the program missing some of the original content it is still a very accurate and very real articulation of the show.

Our very first broadcast was only released in 2014 and our birth story is very different from the ABC’s and Southern Cross Austereo’s. We certainly don’t run a broadcasting business, we are a digital publishing business and we wanted to dip our toe in the podcast water.

There were people within our business who were not convinced [it would be a good idea]. We literally started with one show that featured three women sitting around the microphone in the boardroom.

The thinking behind it was that we weren’t hearing women’s voices and we wanted to hear women’s stories. The way a lot of women are represented on commercial radio isn’t always reflective of the content women really want to consume.

We are shocked at how successful our podcasts have become from just those three people sitting around a microphone. We now have dedicated podcast studios in two cities and nine regular shows. We have had a staggering level of growth for the past two years which is when we started getting more serious and investing in podcasts.

Women were absolutely hungry to hear other women talking about things that matter to them.