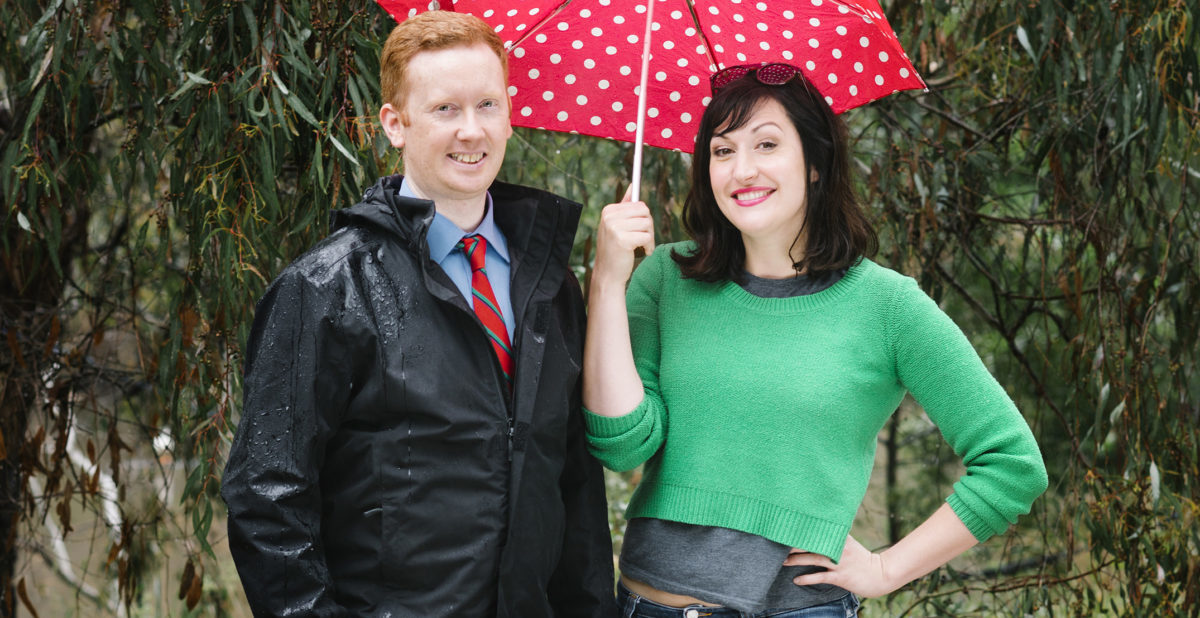 It has been a huge year for Tasmania on Australian television, relatively speaking. Earlier this year the Foxtel series The Kettering Incident explored Tasmania’s gothic side, delivering a lush, wet, and eerie landscape to Australian TV screens. Now the ABC is ready to unveil the Tasmanian-set Rosehaven.

“We chose Tassie because I’m from there and we haven’t seen much of it on TV,” revealed Rosehaven star Luke McGregor.

Outside of some factual programing, largely screened on the ABC and Foxtel, Tasmania is largely unexplored on Aussie telly. “With The Kettering Incident, that’s changing. But we wanted to put it on television. The good thing about Tasmania is you can drive about 25 minutes and be in a different-looking location,” McGregor said.

“The crew that we worked with on Kettering all came back”

Series producer Andy Walker went directly from working on The Kettering Incident to working on Rosehaven. It doesn’t take much to find oneself pigeonholed in the TV industry, but Walker is not concerned that he’ll be labelled as ‘that Tasmanian guy’.

“I would be more than happy to take that mantle. I feel incredibly passionate about the filmmaking community down there,” he said.

“The crew that we worked with on Kettering all came back. On Kettering we had a whole bunch of people under Screen Tasmania attachment positions. When we went back for Rosehaven, those who were in attachments on Kettering were in fully fledged crew roles, which was such an exciting development to see. Also, people who have been attachments on Kettering have subsequently gotten quite a bit of professional work on the mainland, so their experience levels had been broadened. The support of Screen Tasmania is really quite amazing for those shows.”

For Walker, jumping from a dark drama like Kettering to the much brighter comedy of Rosehaven wasn’t much of a leap. He’s been working across both dramas and comedies for his entire career. His filmography is impressive, with producing credits on shows including The Family Law, Wanted, Wonderland, Mr & Mrs Murder, A Moody Christmas, Laid, and Satisfaction.

Walker insists that he doesn’t have a preference for working across either genre: “On the facilitation side of the producer role, a lot of the processes are the same regardless of the genre that you’re working in. Probably the one key difference is the creatives tend to be different personality types and you just need to adjust accordingly.”

The one constant across Walker’s career has been working on TV series that maintain very strong authorial voices.

“I’ve been lucky in some respects in that I am a freelance producer, so I can go from project to project and choose the things that interest me the most. I think it’s been the projects that I have been attracted to have been those authored pieces,” he said.

With Rosehaven created and written by its series leads, Luke McGregor and Celia Pacquola, he has again found himself working on another show with a very clear creative voice:

“They knew very much the show that they wanted to make. I’ve found in one-hour drama-land that you start the project and everyone from the creators throughout the creative team and the network can still be finding their way with what the project actually is. Whereas if you do something like Rosehaven, where Celia and Luke had created it, written it, and are starring in it, it’s just a joy. It’s so clear what the vision for the finished show will be.”

For McGregor, working with Pacquola has delivered considerable comfort in launching a show. While both comedians have become well known, particularly through their roles on Working Dog’s Utopia, this is the first time either has been the lead creative on a narrative comedy.

“We wanted to work together. As individuals, we both wanted to do a narrative comedy and we ended up shouldering the burden together. It took a bit of the scariness away because it was both of us. I almost felt like all the nerves about whether it would work were halved. Once you get money and contracts involved, it’s daunting,” he said.

For too long, narrative comedy has been the exclusive domain of the ABC in Australia. It’s starting to change with SBS this year launching The Family Law, which Walker worked on, along with Nine’s debut of Here Come the Habibs. Walker has welcomed the growing opportunities in the space:

“Habibs was a great and exciting development – the fact that a commercial broadcaster was going to take the risk with comedy and that it paid off. It performed tremendously well and that the network commissioned it for a second series is exciting for everyone working in the environment. With the new platforms available, parties that may have previously been nervous about it may be less scared.”

McGregor, too, is enthused by further opportunities for comedy, but acknowledges the support the ABC has offered narrative comedy.

“It would be a safer career move to build as many good relationships across the industry as possible, but ABC seems to be a real hub for comedy in Australia at the moment, so it makes sense to stick with them. I’m always open to it, definitely.

“Part of it is I don’t know who to approach,” he joked.