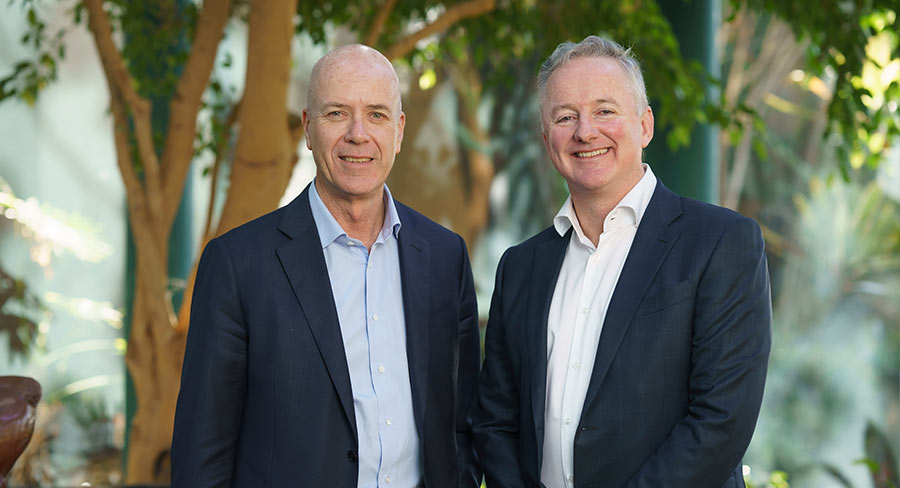 Nine Entertainment Co and Fairfax Media have confirmed their plans to merge in a statement to the ASX.

The companies released the following statement:

Nine Entertainment Co and Fairfax Media are pleased to announce that the companies have entered into a Scheme Implementation Agreement under which the companies will merge to establish Nine as one of Australia’s leading independent media companies. The proposed transaction will, subject to required approvals, be implemented by Nine acquiring all Fairfax shares under a Scheme of Arrangement.

Following completion of the proposed transaction, Nine shareholders will own 51.1% of the combined entity with Fairfax shareholders owning the remaining 48.9%. The combined business will be led by Nine’s current chief executive officer Hugh Marks. Three current Fairfax Directors will be invited to join the Board of the combined business, which will be chaired by Nine chairman Peter Costello and include two further current Nine directors.

The combined business will include Nine’s free-to-air television network, a portfolio of high growth digital businesses, including Domain, Stan and 9Now, as well as Fairfax’s mastheads and radio interests through Macquarie Media.

Under the proposed transaction, Fairfax shareholders will receive consideration comprising:

The Aggregate Consideration implies a:

Commenting on the proposed transaction, Costello said: “Both Nine and Fairfax have played an important role in shaping the Australian media landscape over many years. The combination of our businesses and our people best positions us to deliver new opportunities and innovations for our shareholders, staff and all Australians in the years ahead.”

Fairfax’s chairman Nick Falloon said: “The Fairfax Board has carefully considered the proposed transaction and believes it represents compelling value for Fairfax shareholders. The structure of the proposed transaction provides an exciting opportunity for our shareholders to maintain their exposure to Fairfax’s growing businesses whilst also participating in the combination benefits with Nine.”

The merger is expected to deliver annualised pro-forma cost savings of at least $50 million, which will be fully implemented over two years. The proposed transaction, on a pro forma basis, reflecting the full benefit of the cost savings, is expected to be earnings per share neutral for Nine shareholders, prior to any consolidation adjustments.

Importantly, the combination unlocks the potential for significant value creation by combining the content, brands, audience reach and data across the respective businesses, including majority owned group companies Domain and Macquarie Media. After completing the proposed transaction, Nine will review the scope and breadth of the combined business, to align with its strategic objectives and its digital future.

Nine chief executive officer Hugh Marks said: “Nine’s strong operating momentum has allowed us to invest in the future of our business through each of 9Now, Digital Publishing and of course, Stan. This merger with Fairfax will add another dimension, creating a unique, all-platform, media business that will reach more than half of Australia each day through television, online, print and radio.

“For our audiences and employees, this means we will continue to be able to invest in premium local content across news, sport, entertainment and lifestyle. For our agency partners and advertisers, we will provide an expanded marketing platform with even greater advertising solutions underpinned by a significantly enhanced data proposition. For our shareholders, the merged business will generate an increasing percentage of its earnings from high growth digital businesses that provide a compelling opportunity to generate both incremental value and cash flow into the future.”

Fairfax chief executive officer Greg Hywood said: “The proposed transaction for Fairfax reflects the success of Fairfax’s transformation strategy which has created value for shareholders through targeted investment in high growth businesses, such as Domain and Stan, and prudent management of our media assets. The combination with Nine provides an exciting opportunity to continue to drive incremental value well into the future.”

“We are confident that the strength of the combined management team and staff will ensure the continuation of our quality journalism.”

Fairfax and Nine have entered into the attached SIA, which contains the customary terms and conditions on which Fairfax and Nine will now implement the merger. The SIA includes a number of customary clauses, and is subject to conditions precedent including Fairfax Shareholder approval, court approval and no regulatory intervention.

Timetable and next steps

It is anticipated that the proposed transaction will complete before the end of this calendar year.

Nine is being advised by Jefferies as financial adviser, and Ashurst as legal counsel.

Fairfax is being advised by Macquarie Capital as financial adviser, and King & Wood Mallesons as legal counsel.