It’s unusual to see more than one or maybe two commercial TV programs appearing on the non-sport Nielsen Twitter TV Ratings – the Twitter audience has a reputation as “left-leaning” that well suits such ABC engagement-pushing programs as Four Corners, Q&A, Insiders and 7.30 – but this week there are three.

ABC did still hold top of the list with Q&A – no doubt helped by the controversial Van Badham v Steve Price battle (which made headlines for the next three days). The beef is probably also responsible for the appearance of TEN’s The Project on this week’s list at #4 – the ep featured Price talking about the incident.

The Grand Final of The Voice came in at #2 with 12.6k tweets by 3.3k authors – good numbers compared with the prior week’s semifinals, which did 7.6k tweets from 2k authors.

In sport, the Origin and Euro Cup finals unsurprisingly topped – Origin powering ahead with a huge 38.8k tweets from 6.3k authors. 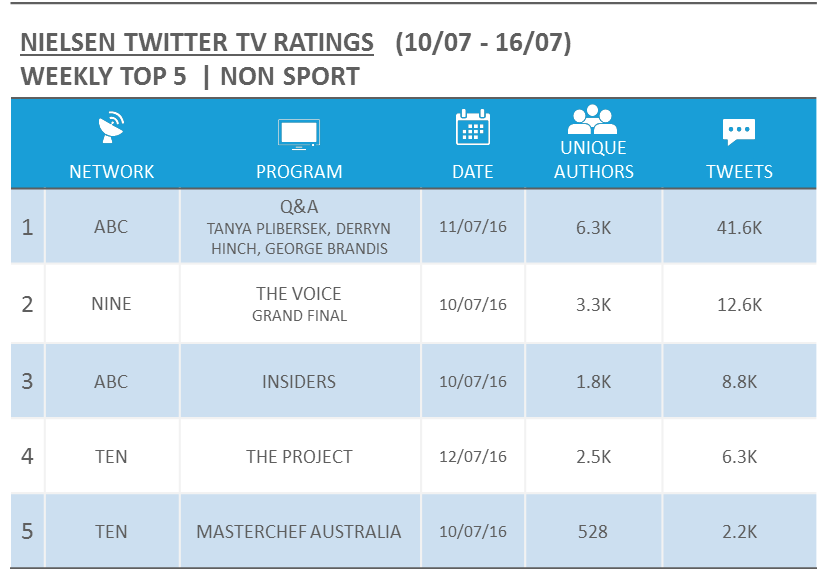 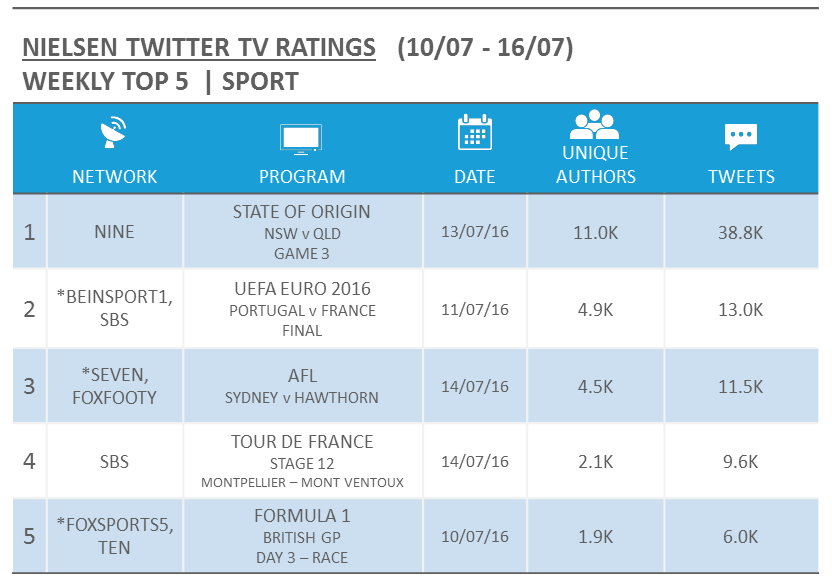