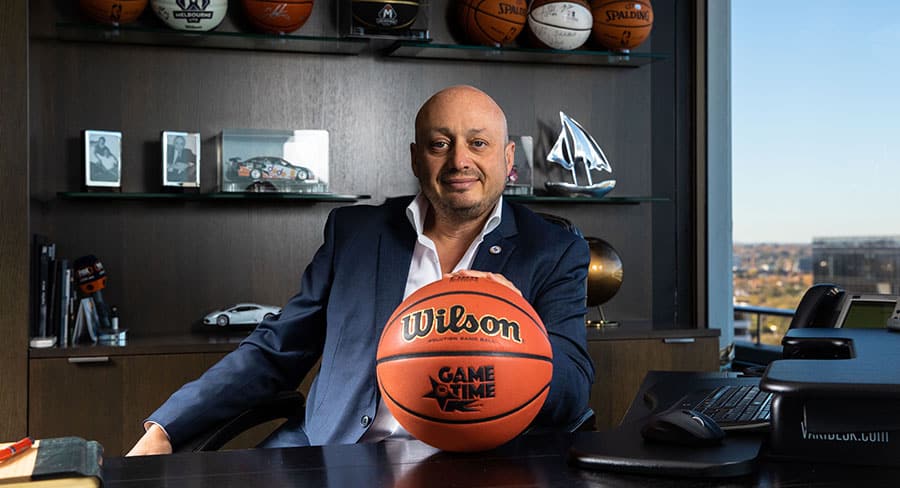 The National Basketball League (NBL) says Australian basketball fans will be the big winners in the NBL’s new broadcast agreement with SBS and ESPN with nearly double the number of games available on free to air, better timeslots and every game in HD.

Under the two-year deal, fans will have access to the entire 2019-20 Hungry Jack’s NBL season for free, with 67 games broadcast on SBS Viceland – an 86% increase in free-to-air coverage compared to the 2018-19 season – and all 126 games available live and free on streaming platform SBS On Demand.

Additionally, from 16 August, the International Basketball Series will also be exclusively available to watch within Australia on SBS Viceland and can be streamed live and free via SBS On Demand.

All 126 games of the 2019-20 Hungry Jack’s NBL Season starting on October 3 will be broadcast on SBS Viceland, SBS On Demand or ESPN: 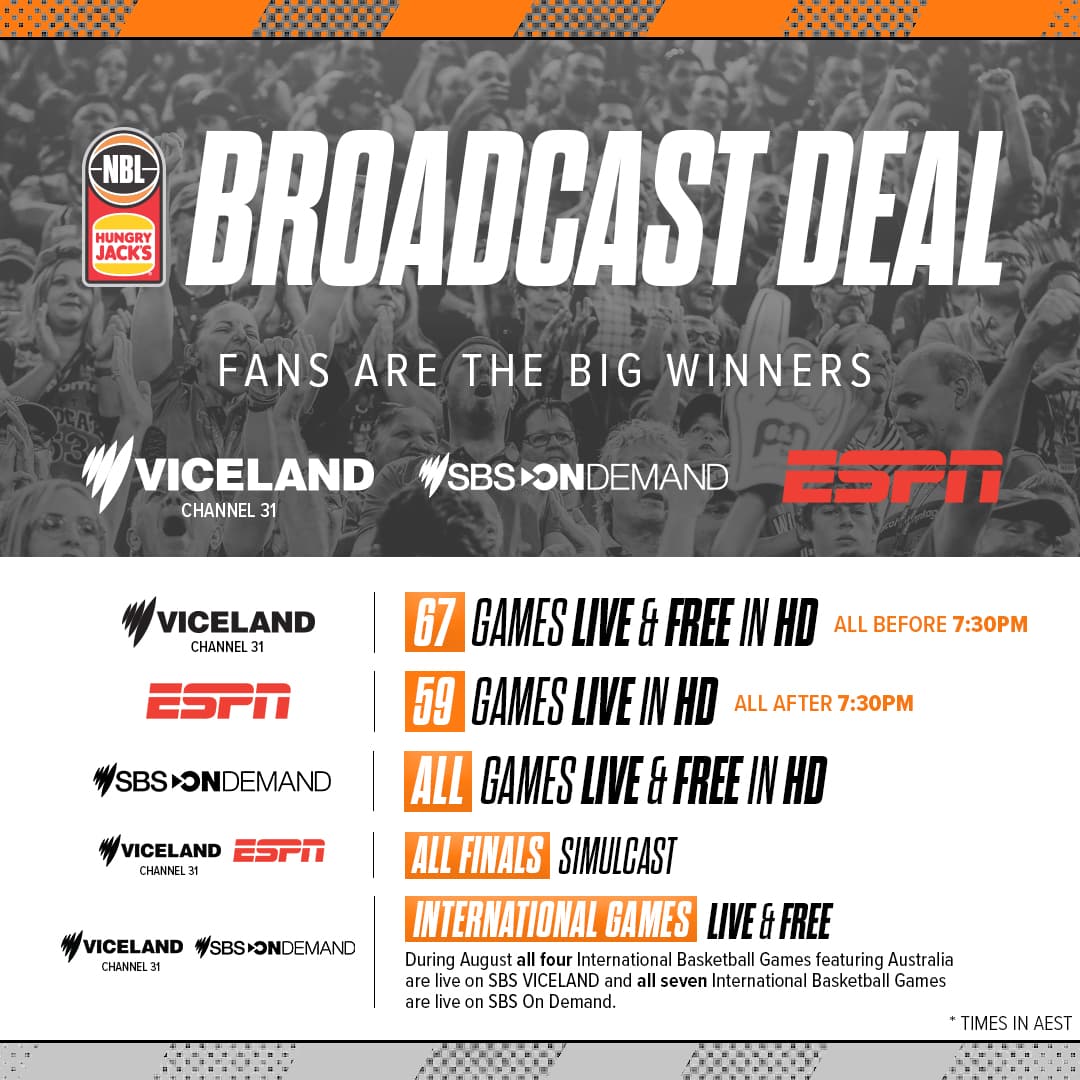 NBL owner and executive chairman Larry Kestelman said: “This broadcast agreement is a huge leap forward in the coverage of the NBL and basketball across Australia.

“It maintains our commitment to make the game available to more people to watch when and how they choose across different platforms and will continue to grow our audience across Australia.

“The agreement means the number of games broadcast on free-to-air television will almost double, making our national league accessible to more Australians, with SBS Viceland becoming the new free-to-air home of the NBL along with more coverage available on SBS On Demand.”

SBS managing director James Taylor said: “SBS has a strong heritage of championing sports Australia’s diverse communities are passionate about, and we are thrilled to be partnering with the NBL to become the exclusive free-to-air home of Australian basketball, offering more free coverage than ever before, and in HD.

“With around one million Australians playing basketball, it’s one of the nation’s leading team sports for participation and we look forward to bringing fans every memorable minute of one of the country’s fastest-growing leagues.”

ESPN ANZ general manager Haydn Arndt said:  “ESPN is the indisputable home for basketball fans in Australia so it makes perfect sense to add the NBL alongside our exclusive television coverage of the NBA, WNBA and NCAA Basketball.

“We love what the NBL are doing to grow the league and attract high profile talent to our home courts – we saw it last year with Andrew Bogut’s return, and earlier this year with the signings of both LaMelo Ball and RJ Hampton. Basketball is booming in Australia and the NBL is primed for growth. We’re very happy to be in business with them.”

Kestelman added: “We are delighted to partner with ESPN, the home of the NBA in Australia, bringing more global credibility to the NBL as we attract bigger stars to what is now considered one of the best leagues in the world outside of the NBA.

“We thank Fox Sports for their partnership over the past four seasons and are pleased we will remain on the Foxtel platform on ESPN. We also thank Nine for the role they played in broadcasting games on free to air last season.

“ESPN and SBS will now become the destination of basketball in Australia as basketball continues to surge in popularity.

“Next month’s International series will give the NBL a huge springboard into what promises the biggest season ever as Melbourne United and our newest team South East Melbourne Phoenix face off in the first ever Throwdown at Melbourne Arena on October 3.”

Commenting on Nine’s departure from the court, Nine’s director of sport Tom Malone said: “SBS is committing more broadcast hours than Nine is able to and we wanted the best for NBL and the growth of basketball in Australia.”