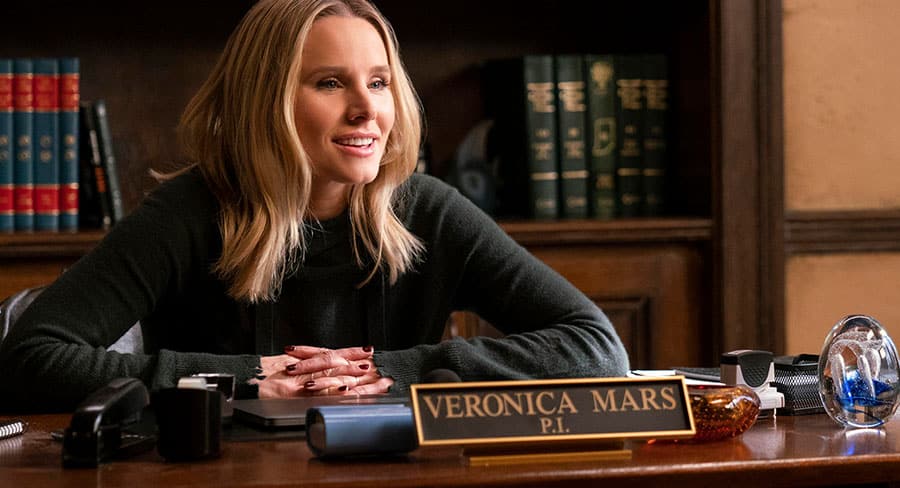 Stranger Things still easily tops the charts again this week but the return of two classics and a big finale has given the TV Demand charts some flavour this week.

The biggest new face on the charts this week first appeared on our TV screens in 2004 when Veronica Mars aired its breakout first season. While the show ended after only three seasons and on a cliffhanger in 2007, a Kickstarter campaign saw a movie released in 2014, and now the noir mystery drama is back as a fully-fledged TV show on Hulu. Released on July 14 on Stan in Australia, the show is set five years after the movie where Veronica is hired to investigate a series of Spring Break bombings in Neptune, with investigations going from a State Congressman to a Mexican cartel. The eight episode fourth season brings back Kristen Bell, Jason Dohring, and Enrico Colantoni as main characters while also bringing back a lot of old favourites in guest and supporting roles from both the show and the movie.

Another new face to make it on the TV Demand charts this week is Queer Eye For The Straight Guy, which released its fourth Netflix season on July 19. The reboot of the 2003 Bravo series, featuring the Fab Five of  Antoni Porowski, Tan France, Karamo Brown, Bobby Berk, and Jonathan Van Ness, filmed the eight-episode season in Illinois and Missouri, and Netflix has already renewed the show for a fifth season.

Big Little Lies had it’s season two finale last week which saw the show with a slight uptick on last week’s metrics and it will be interesting to see how this will affect its ranking next week.

The top-ranked Australian show on the Overall TV Charts this week is MasterChef Australia which crept into the final spot on the chart. This would have been helped by the season 11 finale airing last week as well it being the final episode to feature original judges Matt Preston, Gary Mehigan and George Calombaris who 10 let go after contract negotiations broke down. 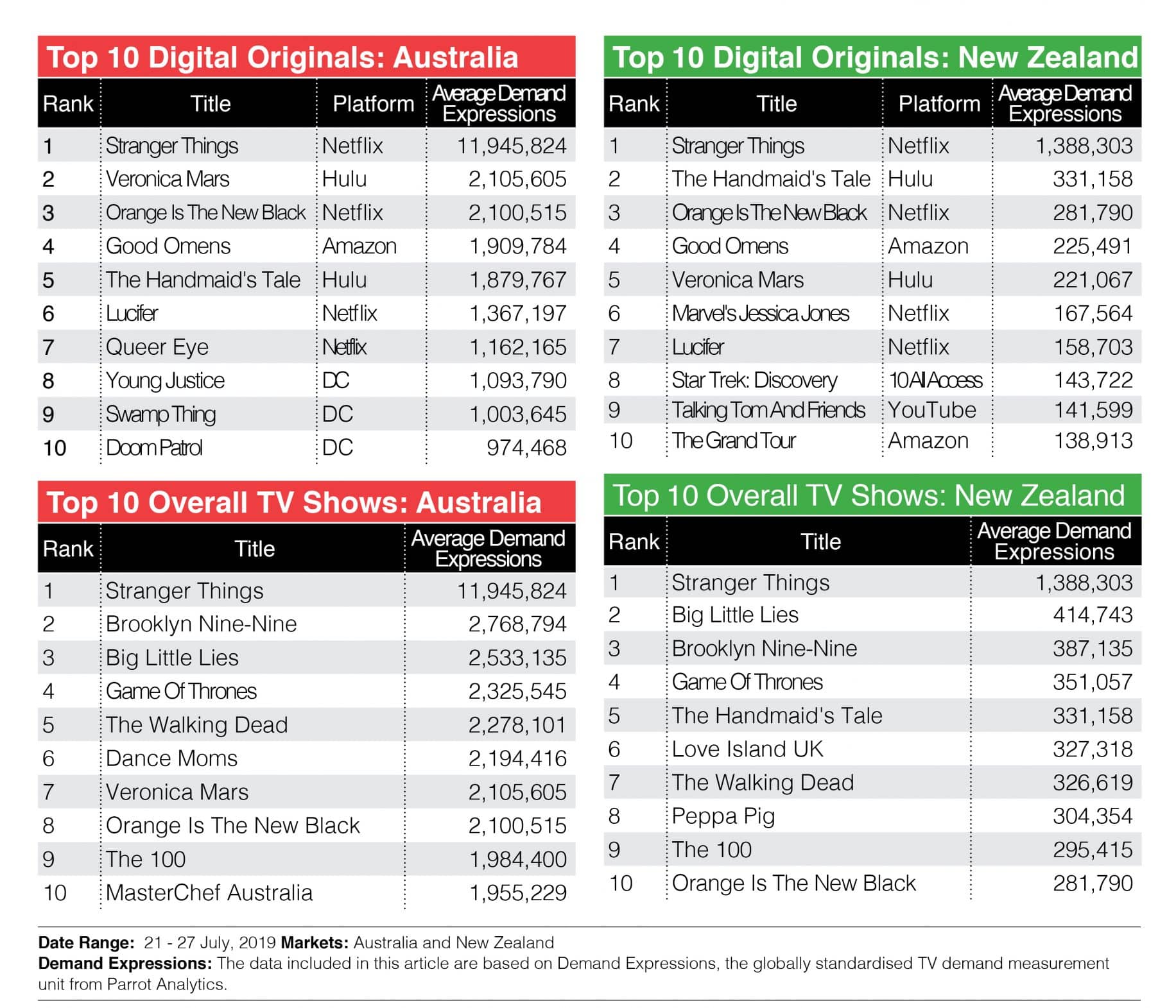