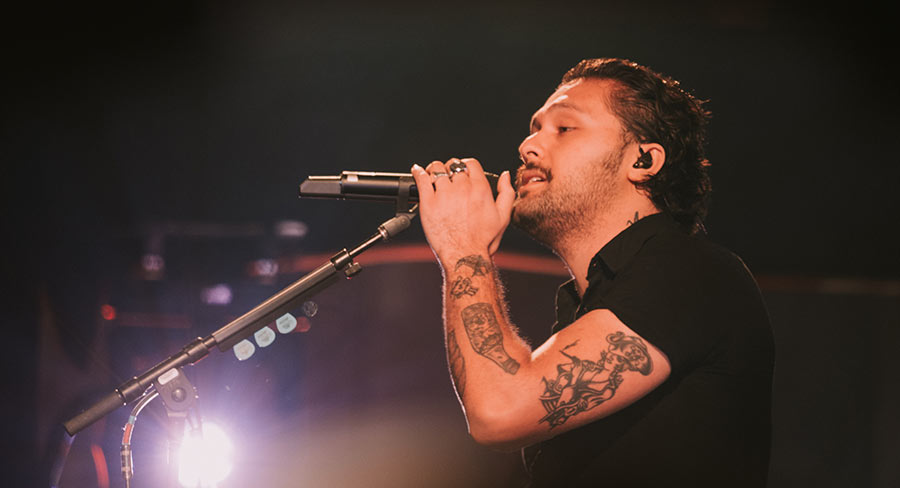 Some 29 years after the MTV franchise first launched in the US, the program that features artists playing in part without the aid of electronic instruments has filmed its first episode in Australia.

Sony Music has managed to land the first two artists in what is expected to be a four-episode 2018 season – Gang Of Youths and Amy Shark. The Gang Of Youths performance was filmed Wednesday night in Melbourne to an enthusiastic audience of over 400 packed into North Melbourne’s Cobblestone Pavilion at Meat Market. Amy Shark will also perform at the same venue.

The crowd also enthusiastically sampled the sponsor’s product – Vodka O – in a pre-show session. MTV’s other partner in the Unplugged Australia series is Visit Victoria. MTV parent Viacom has signed both partners to long-term deals. The evening was hosted by Hit Network rising star Ash London and Gang Of Youths played for about 75 minutes. The show will be released as a standalone concert performance on DVD and download soon and will premiere on MTV on August 19.

Special guests in the audience included Molly Meldrum, who led a standing ovation at the end of the set. Also in attendance were Megan Gale and Shaun Hampson, Sam Taunton (comedian and MTV Host) and Phil and Angela Ceberano (Phil was one of the original MTV Australia VJs).

The event took Richardson back to his days as a subscription TV music pioneer working for over a decade as an executive producer on Channel [V].

Gang Of Youths’ magnetic singer/songwriter David Le’aupepe commanded the stage by himself for the start of the set with performances of Let Me Down Easy and Fear & Trembling. Things got a bit more electric with the full band for the rest of the set, which included Keep Me In The Open, Deepest Sighs, The Heart Is A Muscle, Perservere, L’Imaginaire, Do Not Let Your Spirit Wane.

The most memorable moment from a memorable evening was an epic version of Go Farther In Lightness and then it was all over with Still Unbeaten Life.