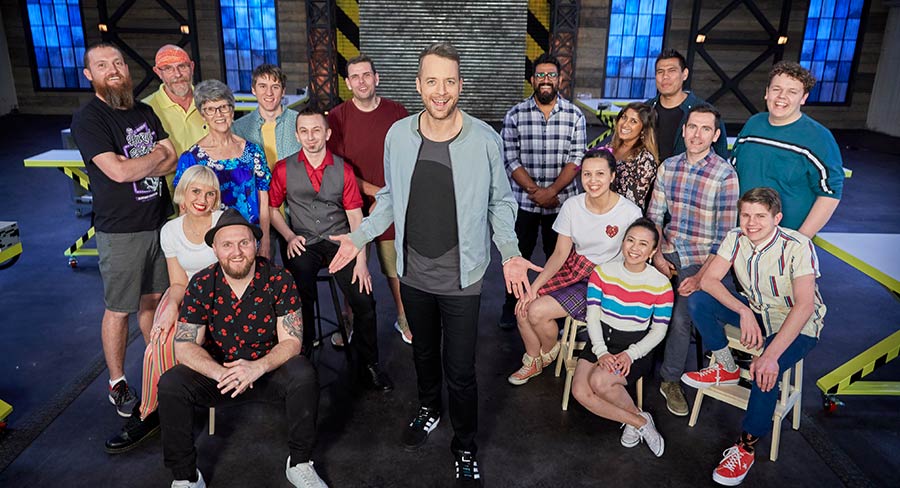 • Lego Masters is described as a “blockbuster” series (get it?)

Lego Masters (Sunday on Nine) is described as a “blockbuster” series (get it?) with judge Brick Man and host Hamish Blake and a first building challenge that takes a mammoth 15 hours to complete. Thankfully, this exciting process is whittled down to just half an hour. Sadly, there is still another hour to go because every reality show now has to go for 90 minutes or more.

Given its family appeal, it’s odd that Nine didn’t start Lego Masters during Easter rather than the last night of school holidays. Casting wise though, they are hoping for a broad audience, with two blokes wearing hi-res vests who look like they were auditioning for The Block. It is also good to see a diverse mix of contestants, making it more multicultural than the all-white House Rules (Sunday on Seven) but still lagging behind MasterChef (Monday on Ten).

For some non-reality programming on Sunday, the ABC asks Will Australia Ever Have a Black Prime Minister? Hosted by charismatic actor Mark Coles-Smith, and with contributions from Stan Grant and Barrie Cassidy, this doco highlights some sobering statistics, but ends on a hopeful note with some determined Indigenous schoolchildren

The school kids from Broome are a lot livelier than the surly teens seen in The Bay (Wednesday on Seven), a new UK crime thriller. With missing kids, a small coastal town and a troubled detective, it’s been dubbed Northern Broadchurch, and it does come across a bit too familiar. There are six episodes, and the final one just aired in the UK, with the audience response appearing to be “meh”. Producers are hoping for a second series, so fingers crossed.

Also crossing his fingers is MKR (Finale Sunday on Seven) contestant Romel who is “creating a sizzle reel” for his own TV talk show along the lines of Watch What Happens Live With Andy Cohen. It’s always entertaining when TV Week asks reality stars what they want to do next, which is usually getting their own spin-off show. Or if that doesn’t work out, there’s always more reality shows. Celebrity Lego Masters? Will Australia Ever Have a Reality Star Prime Minister? Yeah, like that could ever happen.