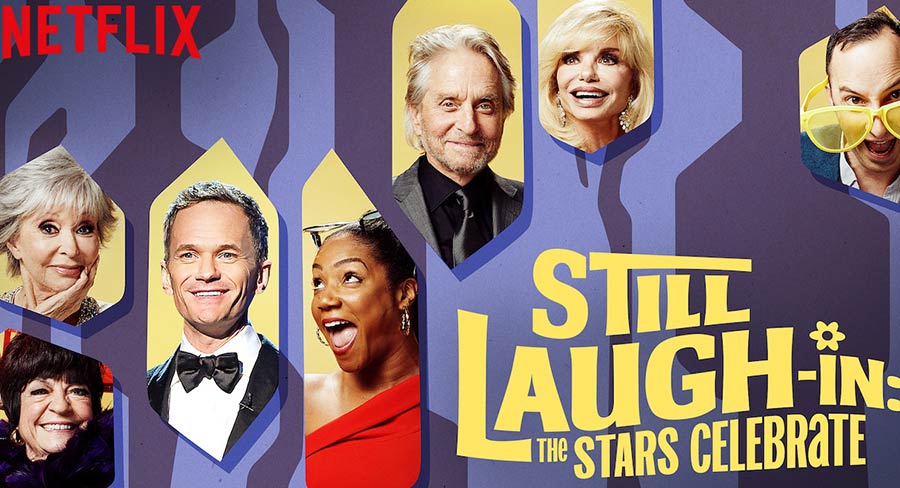 10 axed Pointless for the same reason that the Liberal Party dumped Malcolm Turnbull.

The fight for two thrones is nearly over, with the Election on Saturday and Game Of Thrones on Monday. Here’s some new shows to fill the void, matched up with some of the contenders:

Thanks to Shaun Micallef, we all know Bill Shorten loves a zinger, but so too did Laugh-In (1968 – 73). This new special, part retrospective and part recreated skits, could do with some snappier editing, as could Bill. But given Laugh-In set the standard for equal female representation (Goldie Hawn, Lily Tomlin etc), should Bill share his one-liners with Tanya Plibersek and Penny Wong? You bet your sweet bippy, he should!

Pauline Hanson could learn so much from this period piece from HBO/BBC, created by Sally Wainwright (Happy Valley) and starring Suranne Jones (Doctor Foster) as Gentleman Jack. It’s based on the real-life dairies of an extraordinarily successful woman, written in code to hide her lesbianism. Oops, that might put Pauline off, so how about the final series of Veep (Foxtel) which ended with how history judges its politicians. Yep, she’s not going to like that one either.

Clive Palmer should love this HBO mini-series, given it’s about nuclear power, bad communists and eating. OK, there is no eating in Chernobyl, because everyone is vomiting from radiation poisoning, but maybe Clive will learn something. Just joking, Clive already knows everything you need to know about nuclear power stations, and it’s right up there with his plans for Titanic II and those giant dinosaurs he built after buying the Sunshine’s Coast’s classiest resort. It now lies abandoned, just like Chernobyl. Making Australia Great!

10 axed Pointless for the same reason that the Liberal Party dumped Malcolm Turnbull. Get too sophisticated and you lose the common man, but dumb it down in and you could be in like Flynn! Who knows if Celebrity Name Game and Scott Morrison can survive, but the TV show may have more of a chance. 10 always needs more prime time shows and Family Feud did spin-off into All-Star Family Feud. ScoMo says to get a go, you have to have a go, so let’s have a go … Celebrity Celebrity Name Game, anyone?